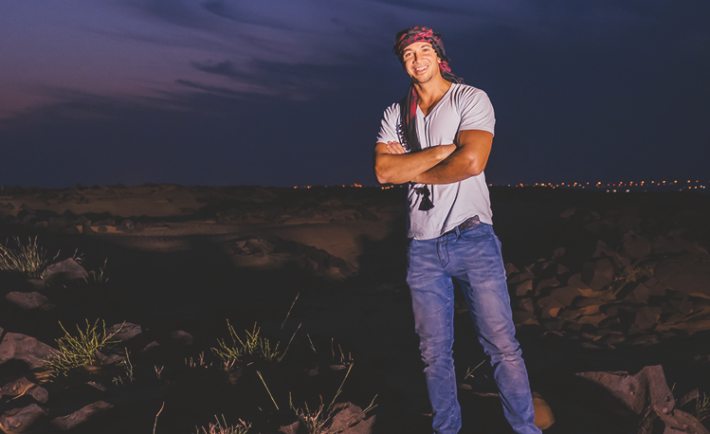 With Strength, Sport, and Faith.

“My Cancer Retreat” is how Mohammad Al Dakhil, 36-year-old Saudi athlete and banker, describes the period during his cancer treatment. In 2017, on a Friday morning, Mohammad woke up with excruciating pain in his lower back. At first he thought it was muscle tension, but the pain became unbearable and he went to the hospital.

After a first round of medical tests, there seemed to be nothing wrong, but the pain continuously increased for Mohammad. The doctors decided to make further tests and put him under a pain management program. After further checkups, they found a sudden inflammation in the lymph node in Mohammad’s chest, it was later identified as a rare type of cancer called Germ Cell Tumor.

Mohammad decided to pursue his treatment in Jeddah, choosing to stay close to family and friends despite the option of receiving treatment in the US where he was born and raised. 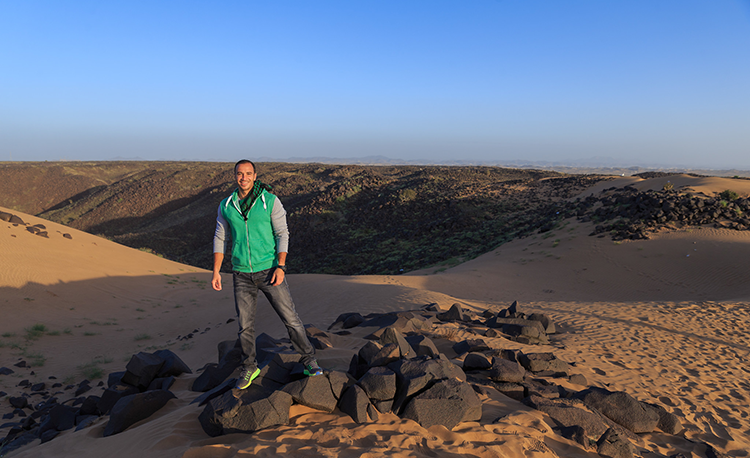 In the US, after graduating in 2006 from Maryland University with a degree in hospitality, he and his wife Lojain Rifai decided to pursue a healthy lifestyle, both of them getting certified as personal fitness trainers before moving back to Saudi Arabia. Working hard to make healthy choices as part of their daily routine and way of life, it was definitely a shock for the couple to receive news of Mohammad’s diagnosis.

While receiving treatment, Mohammad made it his goal to push himself and cross his mental and physical limits as part of his coping mechanism with his disease. He continued to work out and exercise, even on the days when he didn’t feel at his one hundred percent.

Doctors warned Muhammad of the effects of over-exercising, especially in his condition, but he equipped himself by getting to know his cancer and his body. “Many cancer patients don’t have enough knowledge about their cases and are scared to push themselves and their bodies to the limit,” he says. “You have a choice – work hard to overcome your challenges, or fail. I decided to work hard.”
Engaging in sports and physical activity helped Muhammad overcome his chemotherapy symptoms, and gave him strength to fight his cancer. “Faith above all doubt is important,” he says, “and my belief that my body heals itself to function better, both mentally and physically.”

Throughout this difficult time, he worked to improve his relationship with Allah and with his family and friends, to reflect on his life, to focus on what’s important, to spread positive energy, and to use healthy and active choices to battle cancer. This was his Cancer Retreat.