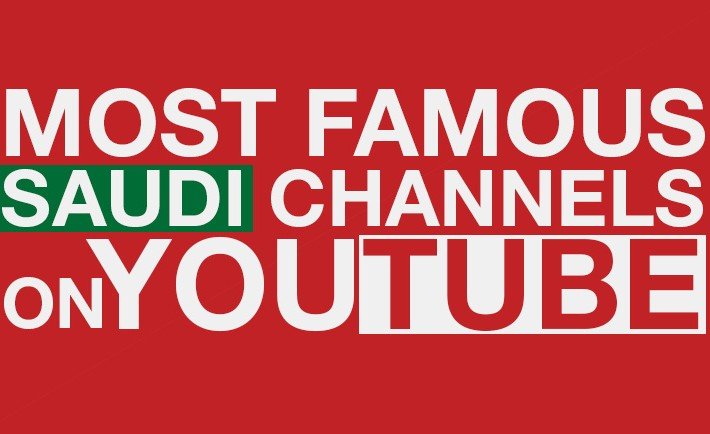 A comedy channel that talks about the Saudi culture and social life. (Jeddah – Riyadh). The channel was launched in 2012 and has quickly risen to become one of the most important YouTube channels in KSA.

It is a YouTube channel that talks about the Saudi culture and depicts it in a funny way. His style is almost similar to a John Stewart Tonight Show, using clips from other well known TV shows or movies to emphasize or exaggerate a point. All in hopes of creating a more self aware culture in a very sarcastic way.

The Saudi Reporters channel makes videos that convey a message by presenting sketches, talking about hit news around the world and local issues in their own way, for viewers to enjoy! They’re dynamic as a duo, the fact that they’re twin brothers makes it feel like they almost finish each other’s sentences. They are popular among the young crowd.

Originally from Iran, residing in Saudi. Popular for his a cappella style. He uses social media to showcase some of his music productions or to engage people with his music.

Focuses his comedic critiques on the latest online videos and happenings, he really likes poking fun at people. Also a critique on Arab and Saudi cultures with a less serious take than La Ykther.

A YouTube channel that acts as a platform for other digital content creators and also have their own videos, based in Jeddah.

Beauty, fashion and lifestyle vlogger who discusses different options in the sector of beauty products.

The official channel of the production company Myrkott (has shows like Masameer: cartoon based on Saudi culture)

A channel dedicated to promoting reading in Saudi and the Arab world by educating people about it, giving tips, and recommendations.

Is a production of Tilfaz. It’s a channel that talks about political and social satire.

We want to hear from you. Tell us what are your favorite YouTube Channels in the comments below.