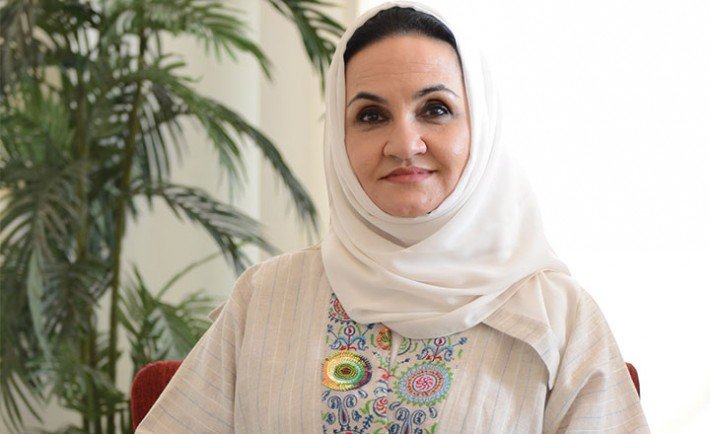 Fatin Bundagji is a strong advocate of empowerment. She believes that genuine change and reform cannot occur without support of the people who will be affected by that change.

“Good leaders coach their people. They delegate responsibility through guidance; they show respect; they listen; they acknowledge ideas; and they guide through difficult times. This is what I call genuine empowerment: it is hard work but it also has great reward.”

Throughout her career, Fatin Bundagji has used these principles as she worked side by side with employees, bosses, peers, youths and community organizers.

Empowering Women Businesses
As the first Saudi Woman to be employed by a Chamber of Commerce Kingdom wide, Bundagji worked hard to guarantee the presence of women as she headed the Women’s Training Center at the Jeddah Chamber of Commerce upon her appointment in 1999. During her eight-year tenure, she founded and managed six female departments that served over nine thousand women. In 2009 she was appointed by the government as a board director. In this new capacity she took on the initiative of heading the CSR strategic council and through her consultancy firm TLC, she sponsored the formulation of the CSR strategy for the Chamber. She also headed the International Relations Committee.

Empowering Communities
Ever since the Municipal Council Elections in 2005 she has been advocating for women’s empowerment in local politics through a civil initiative she co-founded with Saudi women across 13 cities called Balady. In 2007 she founded Muwatana which called for the citizens’ rights to live in a clean and well-managed city. During the Jeddah floods of 2009, Muwatana through its 2,000 youth volunteers was a key player in the relief and rescue efforts and was officially appointed to cater to the needs of the communities falling under the jurisdiction of Al Bir Charitable Society. This was the first time that an official charitable organization handed over its responsibilities to an informal society initiative.

Taking Action
In 2014 Bundagji nominated herself as a candidate for a seat as a board director in the Jeddah Chamber of Commerce. She and seven other women ran against 48 men. The election race was for six seats for businesses and six seats for industrialists. She ran a 6-month election campaign headed by a strong team of young leaders and volunteers. Bundagji uses this experience to encourage women to run for the upcoming Municipal Elections in 2016.

The Driving Force for Empowerment
“People often ask me how I do things; do you plan in advance? What motivates you? I almost never plan, and what motivates me is my desire to be the best I can be, and to see my city in its best as well. I tend to focus on issues that have community development and people empowerment at their core.”

A case in point is the 2007 Save Corniche Jeddah project, which was a chance happening triggered by her daily walks on the Corniche – which were not so enjoyable due to broken down pavements that were blocked by advertisement billboards and small vendor cabins.

“You see, there was no place for me, a pedestrian, to walk safely without having to step onto the traffic zooming by. I realized that I was at risk of personal harm and that something had to be done.” All Bundagji did back then was take pictures of the neglected areas within her walk path. She posted them on Facebook, and lobbied with the FB community to ask the municipality to fix things (back in 2007 this was not heard of!). She also engaged the help of youth groups as field researchers for documentation.