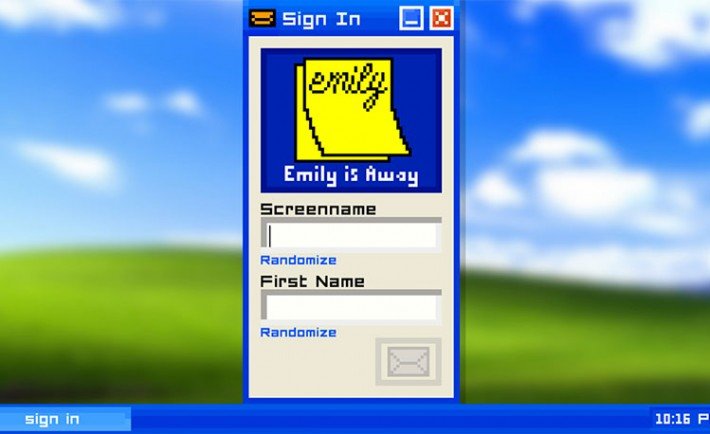 On the surface, I had assumed it was a homage to the 90s and how instant messaging and chatrooms were a thing. Of course, it uses it as one of its tools of narrative,but I was glad to find out it was more than that. It is true, Emily is Away is barely considered a game by my standards; you’re basically choosing among three choices, talking to Emily and overseeing your relationship with her from High School until you graduate from College. 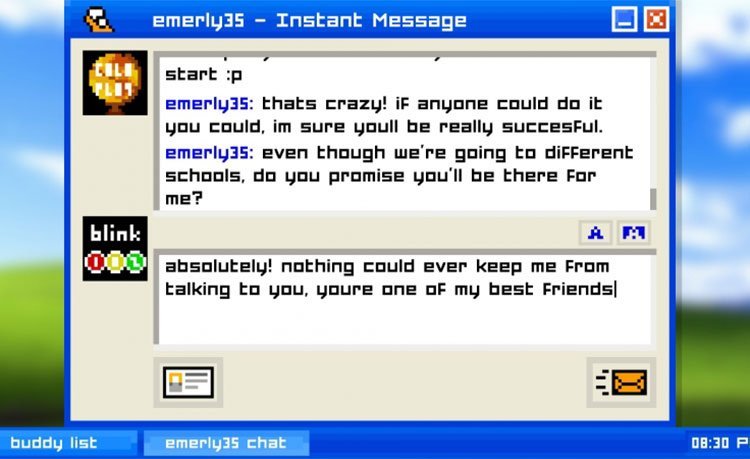 Using the interface and sound effects of Windows XP and interacting with Emily in the span of five years certainly sparked a lot of memories from my own relationships with some friends and peers in high school. It made me think about how things could have been different had I reacted differently, although the act itself seems useless, it sparked some emotions within me.

You, the player who uses a screen name and a real name have Emily on your contact list and though your choices in your story and interactions with Emily are limited, the choices were somehow relatable to me. Although, I can’t say the same would be for a lot of people, I definitely felt a great fraction of what the main character felt, growing apart from this persona. Both characters tried their best to stay friends and while they were busy with their lives, eventually grew apart and there isn’t much of a difference you can do as a player because the game takes you through an eventually singular path that shows you a cynical observation or rather the harsh reality of some friends that eventually grow apart with life after school and college.

I really liked this for a change when it comes to free-to-play games. I like short and sweet games and it was thought-provoking in its own way, because I am sure other players would have diverging paths and choices to realize how they have affected some past relationships. It also exploited the often-ridiculous way of expressing oneself over the Internet, where we are forced to being indirect and quiet instead of saying how we truly feel because there is this screen that we sit behind that makes us feel safe from showing our true feelings.

Emily is Away was a unique experience for a Free-to-play game and I enjoyed it for the most part, despite some Internet lingo here and there that I felt disconnected from, but ultimately I got the message it sent across. It was thought-provoking and evoked emotions of past relationships that eventually made me feel gloomy and empty by the end of it. You can find Emily is Away on Steam and you can also support the project by donating on Steam.