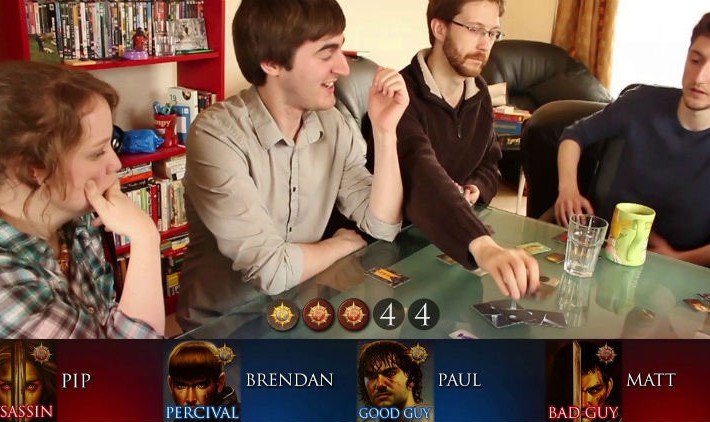 You know what I love about boardgaming? The stories that emerge from the gameplay. In this article, I wanted to shine a brief boardgaming-shaped light on a term that’s usually reserved for video games: emergent gameplay.

Emergent gameplay is what happens when you have a game with simple mechanics and rules mixed with very light, broad strokes of a story or narrative, thereby allowing the players to generate their own stories themselves. Think Minecraft, the Civilization games or even the rebooted X-COM games. It’s all about the impromptu and unplanned stories that you create from your unique sessions and experiences.

This happens all the time in boardgames and it’s what sticks with me every time. Several types of games will bring this out in spades:

Deception Games:
We’re talking your Resistance, Mafia, Coup, Battlestar Galactica and so on. The interactions between people in these games, especially thanks to hidden traitors, is pure conflict. Any story throughout all of time that’s worth its salt is built upon conflict.
Cosmic Encounters:
I am giving this game its own category because, honestly, it deserves it. No other game creates scenarios and stories quite like this one. The rules are super simple, but the game-breaking powers that each player gets creates such a storm of imbalances, alliances, backstabbing and power struggles, you will end up with a deliciously messed-up space opera by the time someone emerges the victor.
Thematic Games:
Picture games such as Pandemic Legacy, Dead of Winter, Robinson Crusoe and Star Wars: Rebellion. We’re talking games dripping with theme. Sure, they might have some semblance of story, but the way you play it turns it into something utterly personal and distinctive. I’ve got a couple of quick tales to that effect:

I’m only able to squeeze a couple of stories here, but let me know your emergent boardgaming tales! I guarantee you that no two will ever be alike.