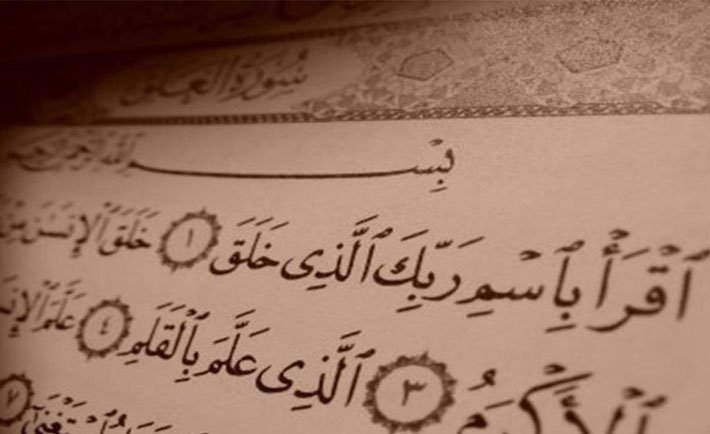 Being a Muslim is not just about blindly following a set of rules. We are encouraged to ponder over the world around us and ask questions.

Education – one of the most important concepts in Islam. In fact, the very first verses revealed of the Qur’an were: “Read! In the Name of your Lord, Who has created (all that exists), He has created man from a clot (a piece of thick coagulated blood) Read! And your Lord is the Most Generous, Who has taught (the writing) by the pen. He has taught man that which he knew not.” (Qur’an; Chapter 96, verses 1-5)

The reader is told to think about the meanings to fully appreciate them.

This is enough encouragement to gain knowledge, as knowledge is what appeals directly to the intellect. Coupled with faith, which is of course required of every believer, a greater understanding of the religion is attained.

The Prophet Muhammad (PBUH) was also reported as having said: “The seeking of knowledge is obligatory for every Muslim.” (Source:  Al-Tirmidhi, Hadith 74)

Prophet Muhammad (PBUH) was the main source of information for Muslims  regarding religious affairs, as he was the Prophet of Allah through whom the Qur’an was revealed. He taught his companions and wives the teachings of Islam in a way that they were able to continue teaching others even after his death. In fact, his wife, Aisha bint Abi Bakr was a renowned scholar of Islam, and many companions would seek her assistance in matters of religion. Many companions also travelled the world in order to propagate the religion of Islam, and it rapidly spread far and wide.

It must be noted, however, that seeking knowledge is not limited to Islamic affairs only.

Secular education is also very important, and a brief glance at contributions of Muslims to the fields of science, math, geography, astronomy, medicine and many others attest to this.

What’s more, many aspects of secular education support the numerous miracles found in the Qur’an, thus further verifying the miraculous nature of the Qur’an and proving it to be true. For example, the Qur’an states:

“He has let loose the two seas, converging together, with a barrier between them they do not break through” (Qur’an, chapter 55, verse 19-20).

This was very recently confirmed by science; when oceanographers discovered that the physical force called surface tension does not let the waters of neighbouring seas mix.  How would it even be possible for Prophet Muhammad (PBUH) to be knowledgeable of this phenomena, in the dry desert of Madinah, over 1400 years ago?! This example reinforces that knowledge is of paramount importance to a Muslim, both religious and secular.

Muhammad Al Bukhari
Islamic scholar who compiled a collection of hadiths into a book called Saheeh Bukhari.  This is one of the most extensively used books by Muslims today.

Al Khwarizmi
A Persian mathematician, astronomer and geographer. He is known for having introduced the decimal positional number system to the Western world.

Fatima Muhammad Al Fihri
Founder of the world’s first university, the University of Al Qarawiyin, which is still in existence today.