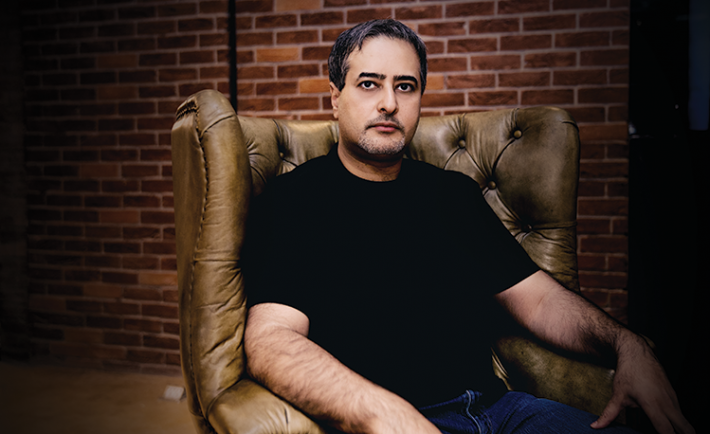 A Premium on Quality.

Dr. Mazen Mogbel was a general practitioner at the National Guard Hospital for nearly five years. His restaurateur story begins with a 12 year-old’s desire in gastronomy and branded food concepts.

From a young age, he would observe the popular local and international restaurant brands representing themselves. For him, the services provided were always an attraction and not just the food alone. It was the whole package of a restaurant brand that pulled him towards being a restaurateur.

After practicing as a medical doctor for years, he shifted gears in his career and took the plunge in the restaurant industry, starting a journey that took him to successful roles and a career path that not many doctors would have chosen.

Along with his partners, Dr. Mogbel realized that proper high-end, stand-alone restaurants did not exist in Saudi, except for the ones housed in five-star hotels.

“We wanted to develop a chain of new restaurants that introduced an elevated taste to the Saudi restaurant scene and bring joy to food enthusiasts,” he said. “I never thought I’d run a restaurant, but I’ve always had an eye for good food and quality.”

Being fond of traveling and exploring different cultures, an idea soon began to gestate to make his passion a reality, and he started the food company Mira, which is an old Arabic word that means ‘food bites.’

“During the summers of 2007 to 2009, my partners at Mira and I vacationed frequently in Lebanon and Syria, where a large Armenian community has resided for over a hundred years. There were many bustling Armenian restaurants there with loyal patrons from Saudi Arabia and the Gulf countries. It gave us the idea to bring this favored Armenian cuisine to the Kingdom,” Dr. Mogbel added.

On the 14th of February in 2011, Lusin, which is the Armenian word for moon, was established in Riyadh, serving delicious Armenian fare and authentic specialty dishes that are continuously monitored by expert food consultants. The popular restaurant is set to open another branch in the capital city soon.

Mira will also soon introduce two new brands to the Saudi market, one of them the Saudi restaurant Sohail, which combines refined food specialties from all five regions of the Kingdom. Soho Club, on the other hand, combines a nice variety of American and European-friendly cuisine, and is set to open in Riyadh by the end of the year.

Dr. Mogbel believes that the main elements of success for any restaurant are the quality of ingredients, a great location, and a skilled team, all of which his brands maintain.