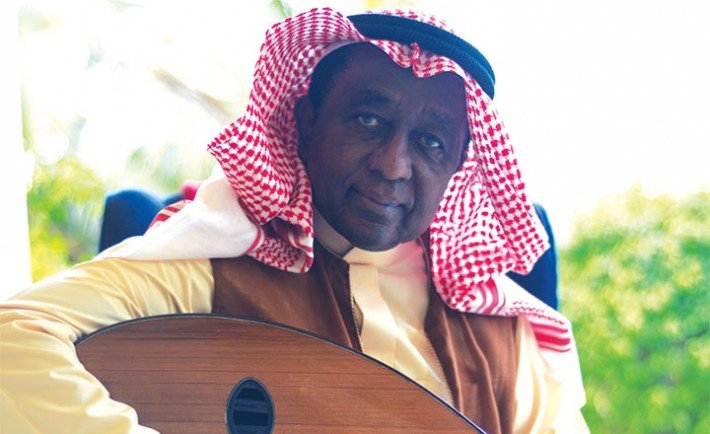 A one-on-one with the musician people have always loved, Dr. Abdulrab Idrees.

Dr. Abdulrab Idrees is a music mogul and a man I am proud to call my grandfather. Idrees’s passion reflects in his music, which is why people are gravitated towards his art and persona.
In addition to his passion, hard work and dedication, he leads a humble, balanced life. Growing up, Idrees struggled with his personal and social lives, but his struggles did not define him nor allow him to quit. He was set on making sure he fulfilled his passion, in order for him to feel happy and whole.

Tell us how your musical career began.
My passion for music started when I was approximately 7 – 8 years old. When we had events in school, I was usually called to sing. I believe that was the age in which I realized how much I truly love singing. Later, at around 14 – 15 years old, I found myself eager to start learning an instrument. The problem was, I did not own an instrument and I did not have enough money to afford one. People in my community knew thatI could sing but I wanted to prove that I could play an instrument as well.

One day, I was privileged enough to finally buy an oud that was fairly cheap. I started teaching myself. I also had a friend who knew how to play oud, so I used to sit around him and play alongside him. I observed and tried to imitate him as well as I could. I was so determined that I practiced 6-7 hours a day. It’s fair to say that music consumed me. I enjoyed every second of every strum.

I never thought of reaching the level of success that I have reached. Honestly, when I started out, I only hoped and dreamed of reaching 20 percent of my musical potential just to satisfy my musical yearning and desire to sing. Suddenly, I found myself with the evolvements of life, motivated to continue my journey in studying music. I joined a program for three years before applying for my bachelor’s degree in Egypt, to simply be introduced to the world of music and be prepared for what is to come. After my bachelor’s degree, I took a break from school and taught at The Higher Institute of Music in Kuwait for 4 – 5 years. Later, I returned to Egypt to receive my master’s degree and PHD.

When did you begin composing?
After going into the field of composing and singing simultaneously, I found myself successful whether I was singing myself or composing for other artists. Due to my early successful records, especially “Laila,” I started getting asked to compose for many artists. I will always rely on the idea that I came into this field without knowing what level I’m going to reach or where I’m going to end up. I walked this road not knowing where it’s going to ever stop. Picturing my life the way it is now was a dream that I dared to have as a child who loved music growing up.

How do you feel about music then and now?
I lived through the music era of the likes of Um Kalthoum and Mohammad Abdulwahab. It was different than what it is now. I remember constantly being reminded that originality is a very important root to great music. Sadly, I don’t think that is how music today is approached.

With that said, I do believe that there is a step forward in terms of the technology that has been introduced and intertwined with electronic instruments and musical beats. Music today heavily revolves around technology. There are definitely pieces of music that are brilliantly composed and produced. However, I do not believe that today’s music lives up to the music that was prominent in the past.

The music I remember singing and memorizing had a kind of substance that I do not find as common nowadays. In addition, sadly, I think that the youth and rising artists today do not give their heritage the importance or glory that it deserves. I do not think many people and artists care about tradition anymore and I believe that tradition is what gives people identity. I listen to music today and I definitely enjoy it, but it does not live with me. However, the music that I grew up with still lives with me today.

What can your fans expect from you soon?
Currently, I am working on some patriotic/national works in honor of the coronation of King Salman so I have a couple of projects that I have been preparing for. Hopefully, they will be released very soon. There are also other personal projects with artists like Mohammad Abdo, which I am very excited for people to hear as well.

The music I remember singing and memorizing had a kind of substance that I do not find as common nowadays — Dr. Abdulrab Idrees