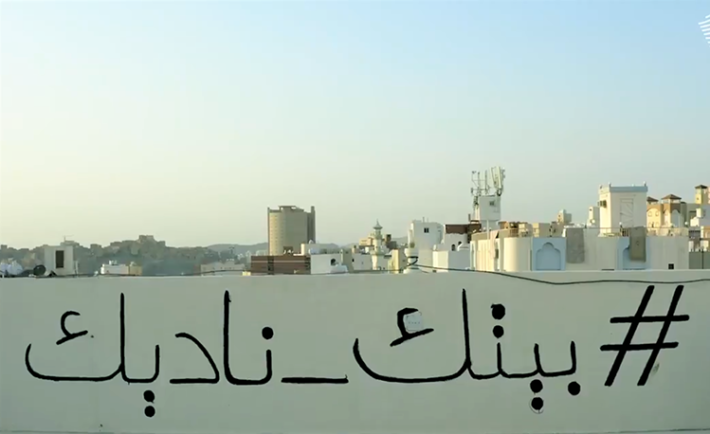 Enterprising family awarded with sportswear and gear for their exceptional commitment to physical fitness.

An enterprising family in Mecca, Nedhal, Nezar, Mohammed, Yasser, and Wesam Daghistani were featured on television stations nationwide for their commitment to physical fitness. Ranging in age from 41-18, the Daghistanis created a rooftop Baytak Nadeek gym space that allowed them all to maintain their fitness regimes during the health crisis.

Saudi Sports for All Federation President, HRH Prince Khaled bin Alwaleed bin Talal Al Saud, highlighted that the family’s creativity helped to further propel the Baytak Nadeek campaign as it quickly achieved virality across social media channels, and subsequently graduated to television featured on every major station in Saudi and the wider GCC.

“We are pleased to acknowledge the ingenuity and commitment to physical fitness that the Daghistani family showed through their rooftop home gym. The Baytak Nadeek rooftop that they activated during the health crisis mirrored exactly what we had in mind; a space of your own to pursue your health and wellness goals in safety,” said Prince Khaled.

“Not only did they support the country’s public health directives, they stayed fit and active, and acted as a motivational beacon for so many others to do the same. We were pleased that Nike awarded the Daghistani family with sportswear and gear to celebrate their great athleticism and sense of community spirit,” he concluded.

The SFA and Nike originally signed an agreement in January of this year, and have since collaborated on a number of activations. Most recently, Nike supplied athletic attire and footwear to Women’s Fitness Festival trainers, and to the official team of SFA Baytak Nadeekcaptains.