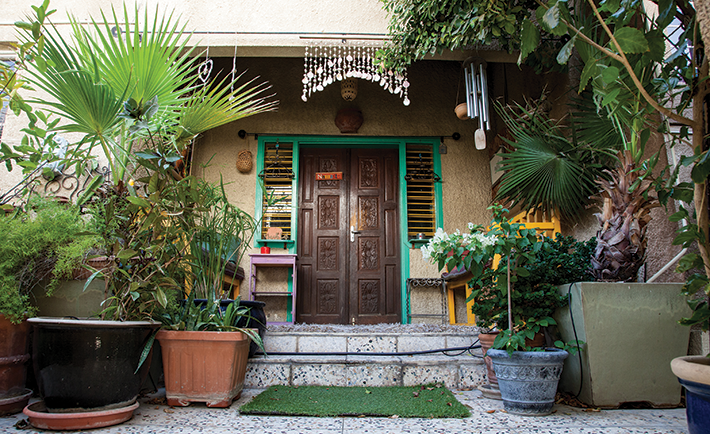 In the town of Gufool where my father grew up, there’s a house with plants sprawling out of its low walls, a colorful door and outdoor curtains that flow in the soft breeze. Inside, a garden is on your left and soft music is playing, blending in with the bubbling of the small fountain back outside. The owner’s salon is on your right and sometimes he’s there, ready with a story or two.

That will be the place of your stay. 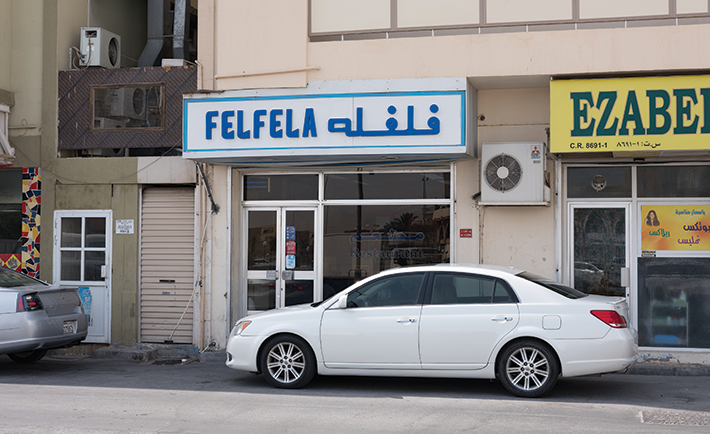 The themed rooms and the house as a whole are designed to make you feel at home, characterized by the special touch host Emmanuel puts into your breakfast, the colored-glass windows, the rooftop fireplace and, most of all, the sounds of laughter and storytelling echoing throughout.

Gufool is one of Bahrain’s oldest towns and, even though it’s located in the middle of Manama, its sounds are less honking cars and more laughter; its sensations less heat and humidity and more the scent and rustling of Bougainvillea flowers hanging all over the town as you walk through it. 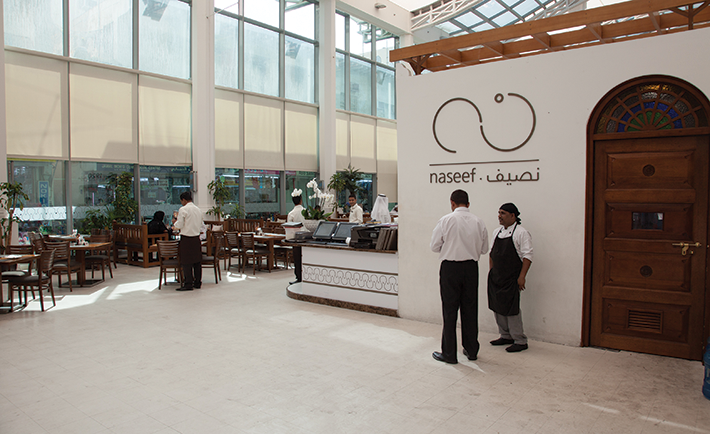 Hungry? Felfela is barely a two-minute walk from the house, offering the best falafel and liver sandwiches for less than SR 10 each. Grab a sandwich and walk to either of the two parks near you, Gufool Park or the Water Garden.

After that, a 10-minute drive takes you to Manama Souq, a centuries-old market which is known for its mosques and matams built with Persian- and Arabic-influenced architecture. The spice vendors will be there so pick up some dried limes for your tea, not to mention the oldest aloo basheer shop where I insist you get your snacks of samboosa, aloo, and nakhi before heading to lunch at Mandali’s Kebab Restaurant. Around for three decades, this place is filled with pictures of old friends and costumers, making it a special fixture of the community. 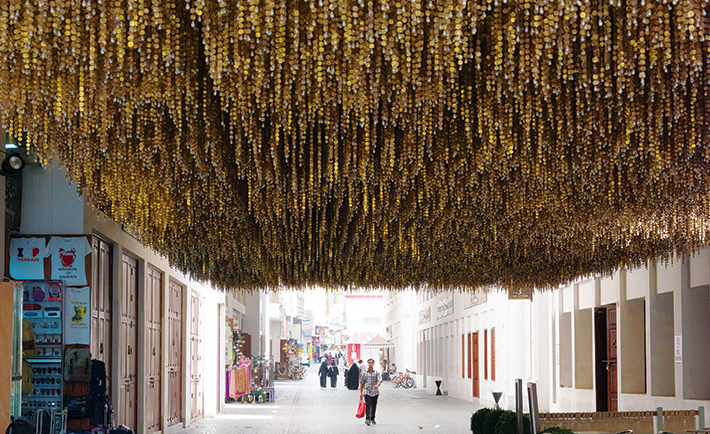 I can’t help but also recommend getting a cone of saffron ice cream from Nasif, a restaurant established in the thirties, or even a simple cup of red tea at Haji’s café.

In Manama Souq you’ll also find Bait Khalaf, a house built in the twenties and maintained in its original state. It’s one of eleven old Bahraini houses open to the public that serve as venues for cultural events, museums and time capsules of the past. 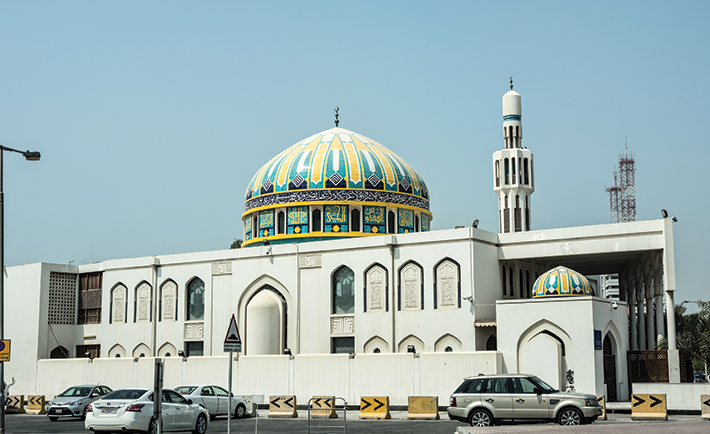 Next, head toward Muharraq, where a part of every Bahraini’s life is to pick the green or red colored dessert that was brought across from Najaf, Iraq in 1850 by Hussain Showaiter and is now the traditional dessert of the country. As you enter one of the Showaiter shops, you’re served coffee and a spoonful of warm, freshly made halwa.

While you’re here, pick up red cinnamon bread and have it with some traditional karak tea. Walk through the neighborhoods to La Maison Jamsheer, a white house built in the 1800s, with wooden blue windows and doors and a rooftop designed to keep you nice and cool. 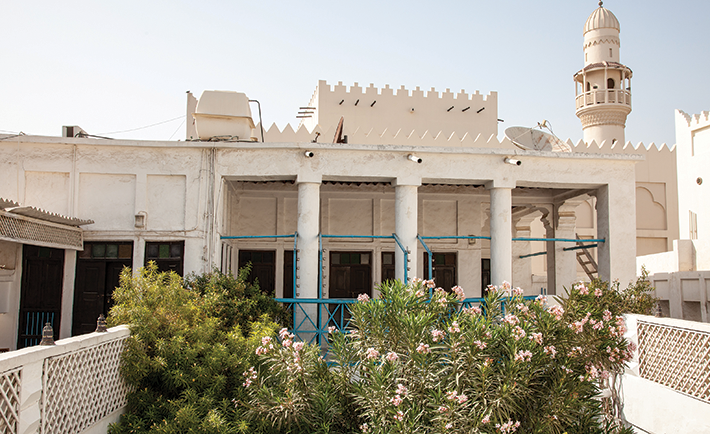 Finally, head over to Karbabad Beach next to the Bahrain Fort. Being one of the best spots in Bahrain to see the sunset, the beach is often filled ice cream trucks, grilled corn stands, families having picnics and even people riding horses. 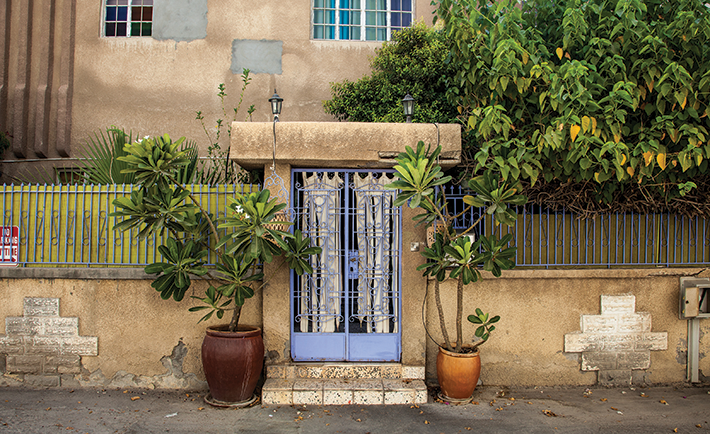 Bahrain is a small country. It has its galleries, museums and malls, but truly staying in it and breathing it in is all about enjoying the little things. Like the tea shops with its endless parade of people having intimate conversations over traditional teas and desserts, or the people picking up snacks from the aloo basheer shop and hustling to the juice shop nearby, or how, as you wander along the public spaces, you’ll always find a group of kids singing or riding their bicycles, interrupting your pace with a warm and glowing feeling of belonging and community.