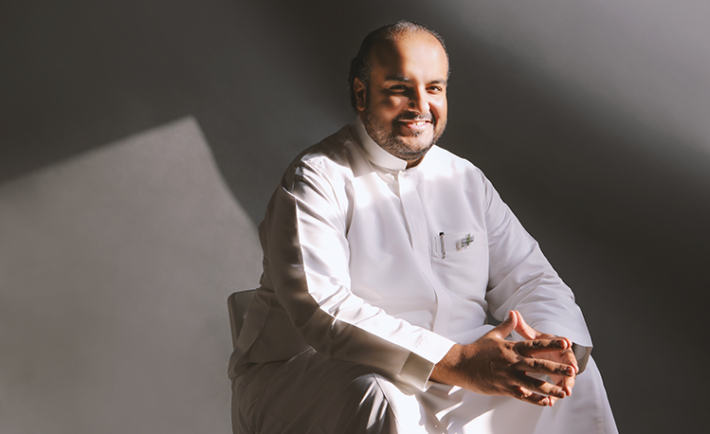 Turning a dream into reality.

Rakan Al Eidi, whose first name is Arabic for ‘knight’, lived up to his name by fighting his own battles, charging through the obstacles that fell his way, embracing entrepreneurship, and leading a modest narrative into his voyage of success.

He launched Chaizer Station, an app that locates the nearest charging station to power gadgets, in 2019 – a seven-year-old dream that he turned into reality.

How the app works: by scanning the PR code and adding your payment details, a located power bank will pop up at your nearest chosen Chaizer station location. Unlike most fixed charging stations, it facilitates the option to give customers a portable product, allowing them to roam freely with the charger and their device.

The idea was to develop a product that enhanced the quality of life and help people stay connected. After years of frustration with the power banks he had accumulated, Rakan decided to create a resourceful solution.

“Over the years during my time working as an entrepreneur, I realized tech start-ups are one of the great ways to change something. If you see something you don’t like, build an app or a start-up to fix it,” he says. Chaizer became the first company in the Middle East to provide this solution. With over 40 locations in Riyadh, the startup has accumulated over 2,000 rentals in just under a few months. 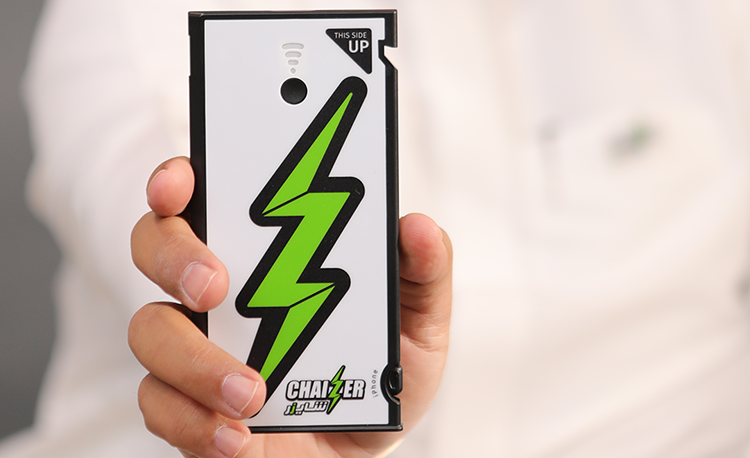 Rakan’s career started with a job at a well-respected company, soon after earning his BA in Industrial Systems Engineering at King Fahd University in Saudi Arabia. Being in a well-paid position with lots of incentives meant he was comfortable enough to support his family. The responsibilities of being a husband and a father did not go disregarded, as for five years, Rakan continued to work a job he no longer had a passion for.

“My second day at the job, I realized I was not an engineer. Sometimes you go to college, you study without realizing what you’re going to be. My biggest concern was getting out of my comfort zone and putting food on the table.”

After 18 Months in the desert, two years in an oil refinery, and many years spent in corporate, he decided to leave a position sought after by many and chase his own dream of running a business. In early 2009, Rakan took the leap with an MBA majoring in Entrepreneurship and HRM from the University of Queensland in Australia.

Growing up and experiencing the working-class, Rakan’s gratitude towards the hard work his parents had sacrificed for him meant he was also determined more than ever leave behind a legacy.

After returning to the Kingdom refreshed in 2012, Rakan started working at a company called Endeavour, helping medium-sized businesses grow into large ones. Four years later, Rakan felt he accomplished all he could. and left the company.

Shortly after, he began juggling two jobs: as the founder of Cown Space, a co-working space, and Chaizer Station. Rakan ended up dropping Chaizer Station to focus on Cown Space, which he believed would guarantee him a bigger profit. But things did not go smoothly. “I lost around a million riyals; the product was a failure.”

Rakan found himself going back to the drawing board and continuing with Chaizer Station, spending two years in its development, research, and testing before finally launching.

He has not looked back since, and has used the wisdom he learned from his journey to inform his decisions now. “I thought: when I turn 60 and I look back on my life, what would I tell my grandkids? Every decision I make, I ask myself if I am going to regret not doing it when I turn 60. If the answer is yes, then I do it.”

If you have an idea, pursue it. Launch your business. There is no time to perfect it first – you can perfect it as you go. Rakan Al Eidi