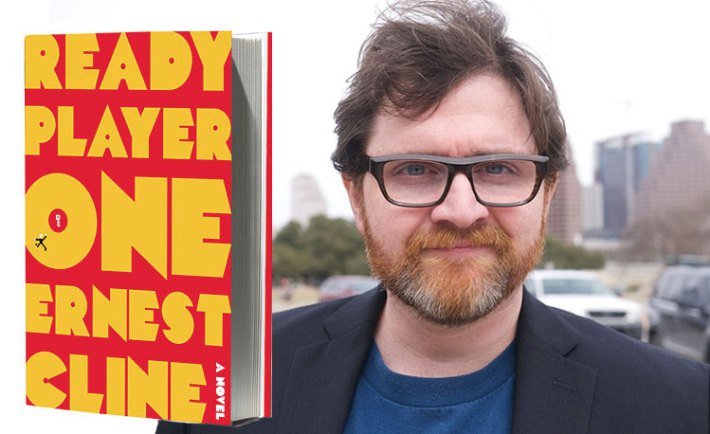 In the year 2044, the dystopian nightmare is shaping to be our new reality and virtual reality becomes more than mere entertainment or escapism; it becomes a prominent facet of human lives; people work, attend school, play games, watch movies and meet each other, all in the OASIS.

The story opens with the death of the OASIS’s creator. He leaves the total of his inheritance, which was in billions, as a prize for a contest he made inside the virtual reality. The billionaire grew up during the 80s and was fascinated with videogames, films and anything nerdy you can think of. So, the contest he made requires great knowledge in everything 80s and 90s nerd pop-culture.

The world was taken by the contest and the golden age was trending again; kids challenged each other in intricate nerd Nintendo trivia and John Huges films and having such knowledge was something to boast about.

Widespread famine, poverty, and disease. Half a dozen wars. You know: “dogs and cats living together … mass hysteria!”Ernest Cline

At the beginning of the book I felt that the writer was riding too much on nostalgia; using countless number of Videogames and films that felt, at times, like cheap tools to get the reader into the story or into liking a character. I stuck with the story and the references became more than just riding nostalgia, but also clever tools that drive the narrative. Moreover, the writer’s knowledge and research in the subject is something to behold; details like who won a contest in the year 1980 something, why the contest was cancelled, what the prizes were…are all pretty much nerd underground details.

Inside were long rows of blue teleportation booths. Their shape and color always reminded me of Doctor Who’s TARDIS.Ernest Cline

The weakest point of the book was the writing, I felt that it lacked exposition mostly; some locations lacked detailed description and done only with a reference to being similar to a place in a Videogame.

The protagonist’s character development was, to some extent, sorted behind the scenes; we get to know the factors that changed his personality, but you almost never get the process; he would change dramatically without mention. This issue became more noticeable since the book is written as a memoir.

In closing, RPO is a tale about growing up, finding love and standing up in the face of evil; a very much young-adult subjects. Still, the journey is filled with great comical, dramatic, romantic and adventurous moments that gave me the experience of an eighties’ summer blockbuster that can entertain both millennials as well as the 80s and 90s kids.