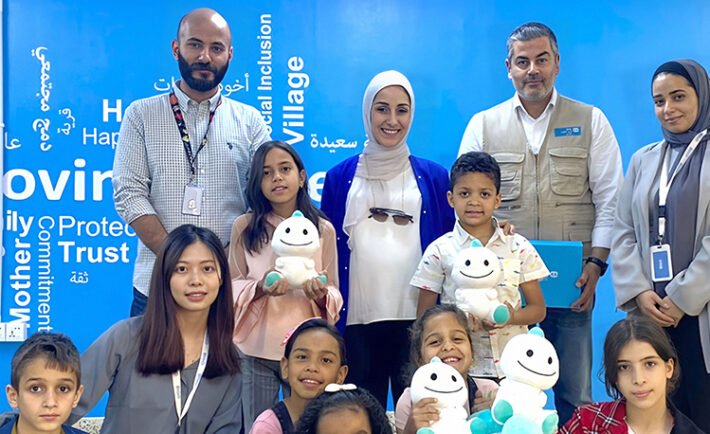 All proceeds will be donated to UNICEF as well as SOS Children’s Villages Jordan through naua.org to support child health and education programs across the MENA region.

In an effort to raise awareness for children in need across the region during Ramadan 2022, a series of live events were launched in Bigo Live to inspire and encourage people to embrace the spirit of giving. The campaign witnessed over 150,000 viewers and more than 100 broadcasters including singer Shireen Abusaad, gaming video creator HydronZ, and fashion blogger Lama Al Aalam tuning into multiple fundraising live sessions like cooking competitions and musical performances to celebrate this season.

A portion of all proceeds from the campaign by Bigo Live would be donated to UNICEF – which launched a special program during Ramadan 2022. This program consisted of supporting children and vulnerable families affected by multiple emergencies in thematic areas across the MENA region by providing them with therapeutic food and critical cash support. 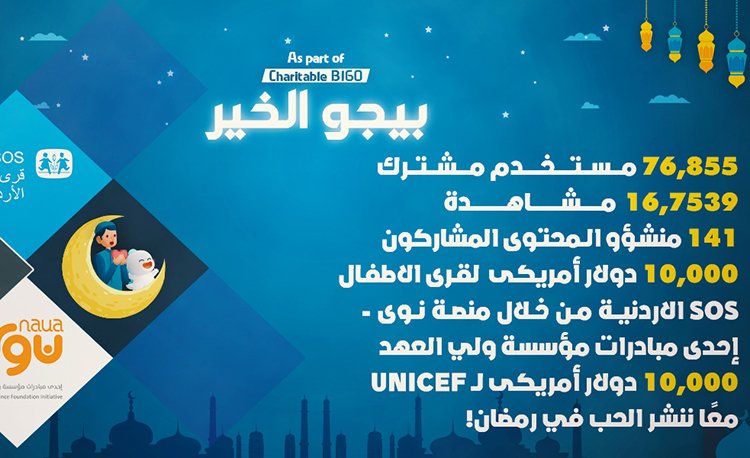 In addition, BIGO Technology has partnered with naua.org – a Crown Prince Foundation Initiative, and SOS Children’s Villages Jordan which is a national nonprofit organization that cares for orphaned and vulnerable children, to support a long-term education project in Jordan.

“As the region’s first social impact platform, we are proud of our regional partnership with BIGO. With Naua’s main goal being to promote a culture of collective action within a common framework to measure and showcase impact on the communities, we will be supporting BIGO to maximize its impact through the generous donation provided to SOS Jordan” added Ahmad El-Zubi, CEO of naua.org.

In years past, BIGO Technology has contributed to several noteworthy causes by hosting various meaningful initiatives. This includes the Global BIGOer One World Together campaign which raised funds for the WHO’s Solidarity Response Fund for pandemic relief, the Breast Cancer Awareness campaign to support the millions impacted by this disease with Living Beyond Breast Cancer, and more.

“We are glad that Bigo Live has and continues to support and bring positivity to people and communities in need,” said Khaldoun Mahmoud, Head of Government Relations of BIGO for the MENA region. “As a global platform that connects and brings people together, we believe it is our responsibility to contribute to noteworthy causes and provide people with positivity and joy. BIGO is extremely proud of the level of dedication our users have showcased to support non-profit organizations like UNICEF, NAUA and SOS Children’s Villages in their efforts to help children in need overcome obstacles. We are inspired by the sense of community that is fostered on Bigo Live, and we look forward with optimism to seeing the platform continue to thrive as the home of positivity, inclusion, and togetherness.”