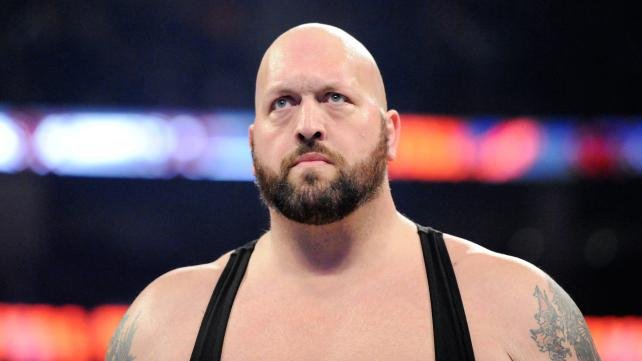 About: Paul Donald Wight Jr. born February 8, 1972 (age 43) is an American professional wrestler and actor, better known by his ring name Big Show. He is signed to WWE, where he has performed since 1999, and was previously in World Championship Wrestling (WCW) where he was known as The Giant.

What got you into wrestling?

I was always a fan as a kid while growing up. That’s how it usually starts. Most of the wrestlers were fans and I got an opportunity to get into WCW at a young age and it was one of those things I enjoyed to do. I was a good athlete, I like to make people laugh, I like to entertain people and it was just one of those things that I was meant to do.

Tell us about your journey from ‘The Giant’ to ‘Big Show’.

At the time there was the World Championship Wrestling and then there was WWE. So when I was doing WCW I was ‘The Giant’. I was the supposed son of Andre, and I was this young 24/25 year old kid that was this ‘big monster’ and that was the name they gave me. When I changed companies, the other company owned that name so I couldn’t take that name with me. When I started WWE, I was Paul Wight and then my boss who is pretty smart with marketing came by me after a couple of weeks and called me ‘Big Show’ and that was a my whole transition. He just went like ‘how’s the Big Show today?’ And I’m like, ‘the Big Show? Well okay!’ And now it’s been 17 years, it’s how people know me and it’s great to be called the ‘Big Show’. I’m very thankful.

What has been one of your favorite moments in the ring?

Oh my goodness, my favorite moment in the ring, that’s a tough question! There are probably 5000 different moments in the ring! I think some of my favorite moments are my first championship moments, few title matches I’ve had in WWE, winning the WWE championship, my title runs with Kane, the Undertaker, and Jericho. I’ve been pretty fortunate to have a pretty full, pretty exciting career. I’m thankful every day that I get to do what I love and travel the world so there are so many great moments, if I sat down and talked about them it would be a lot to think about.

If there could be anything you could change about the wrestling industry, what would it be?

One thing I would want to change about the wrestling industry, I think I don’t want to change anything. All the changes I would make in the industry would be between the ways the athletes are taken care of, between the ways the athletes are being helped with their training, medical help, advice. When I first started in this business, you were much more on your own, you were your own little business, but now WWE has gone out of the way to do so many things to protect the athletes and protect the superstars so when they retire, they will have something to show for it. Because a lot of times you retire but you don’t have something to show for it so the one thing I’ve always wanted to change is actually being implemented. The only thing I’d want to change now is wish I was 20 years younger and do what I’m doing now. laughs

Could you tell us a little bit about the experience of starring in feature films such as Star Trek, Water Boy and then doing a lead role in the film Knucklehead?

Well I think it’s a natural transition when you do a lot of entertainment like we do, getting an opportunity to do a film was a natural transition that I had so I’ve been very lucky to have had the opportunity to do films and I’m looking forward to even more. Maybe I can’t wrestle as good as I used to, I don’t know but eventually it’s all going to stop so what else can you do to entertain your fans, keep yourself healthy and busy, so for me, doing more TV and films is what I’m planning to do.

Who were some of your favorite wrestlers growing up?

I grew up watching Arn Anderson. He was a member of the 4 horsemen with Ric Flair, Ole Anderson etc

Any message for your Saudi fans?

I’m very happy about the shows there. If the fans are excited about seeing a 7 foot 4, 60 pound giant person, they’re going to have a good time!