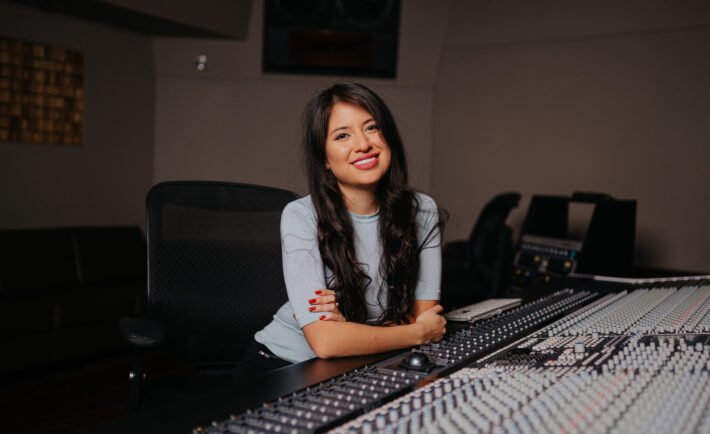 Marcela Rada, advisor for XP Music Futures is an expert with years of experience in the field of Sound Engineering.

Sound has such a profound impact on us, but what goes behind crafting the perfect tune?

Destination KSA was given the opportunity via MDLBEAST’s XP Music Futures to interview Marcela Rada, an expert with years of experience in the field of Sound Engineering; with studio and academic expertise, her primary mission is to teach and introduce the field to everyone eager to learn.

We went into the interview with zero knowledge about audio production and left with a deeper understanding of the behind-the-scenes process. We owe that to Marcela, who spoke like a true academic throughout. Yes, we could have googled it, but hearing its definition through an expert hits differently. Therefore we began with the obvious question, what is Sound Engineering?

Marcela began with what goes behind audio production;  “Picture this when you listen to music; there is a whole process behind it for it to reach your ears the way it does. So there has to be somebody that is recording the music using the microphones and using different hardware and software.” She adds, “Audio engineering is the process of recording and mixing music – so we are talking about using microphones, hardware, and software to capture the music, the instruments, the vocalist, and how that used to happen using a tape machine.”

Simplifying it a little more, Marcela states: “Sound Engineering modifies the sound to balance out information, making use of it to go well together – we have standards for how the music sounds based on genre, and a mixing engineer will be an expert in that… Sound Engineering consists of  Recording, mixing, and mastering engineers are different realms or areas under Sound Engineering, but we are talking about mixing and making music that reaches our ears.” 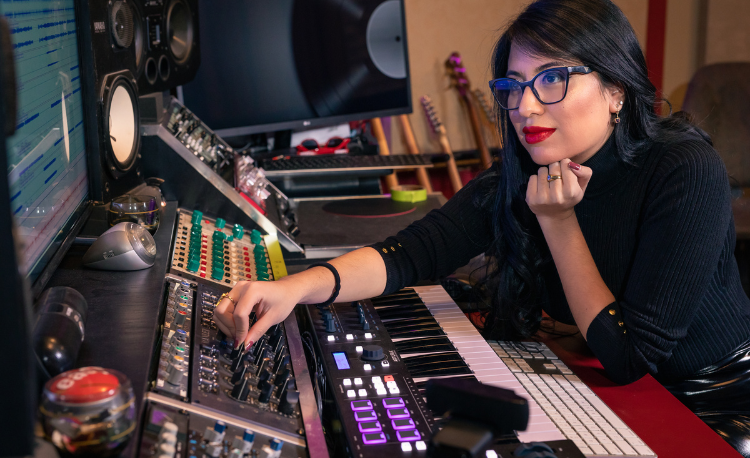 Marcela’s words only elucidated her keen knowledge and appreciation of music production, having done her Master’s and Post Master’s in the field. One of her primary areas of expertise is spatial audio, another concept needing more elaboration. So we asked her to enlighten us about it once more:

Marcela began by stating that “When we talk about Spatial Audio or immersive audio, we are talking about not just using a stereo sound field that we normally do which is, you know, left and right channels reacting… so think about when you listen to music through headphones you have your right ear and your left ear, and many years ago we used to do mono which was in the center. Later on, we moved to stereo, so we now have two left and right channels, and within that, we pan music left, right, and center to create a good balance.”

Spatial audio is not a new concept, and it has been applied to various areas of the entertainment industry. It is widely used in gaming to create immersive, realistic experiences, with another example being how surround sound is involved in a cinema.

She adds, “There has been a huge boom in spatial audio specifically for music production. We are using technology that has been developed for the past few decades. So now we moved from the stereo, the left, and right channel, to using a 360° sound field where we can place instruments in a specific place within the 360° sound field.” She elaborates to say: “So it’s all around your head, not just in front of you, left and right but now also behind you, and it’s also using height, above or below your ears, so picture a whole sphere around your head, and sounds being placed all around you and that’s how spatial audio works.” 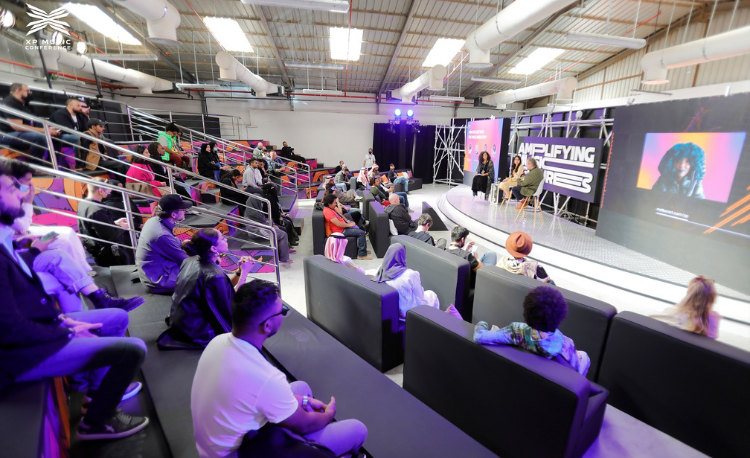 There are a lot of tools and software that have been developed in the past few years that focus on music production and spatial audio, and that’s what Marcela’s research has been focused on as she aims to find these tools and understand how they work, taking the information she gathers to teach their application.  She says, “This is still pretty new regarding content creation.”

This led us to ask, has music production-based content become more simplified with these software and tools? To which Marcela states, “I wouldn’t say simplified, but I would say the tools are more accessible,” adding: “However, there needs to be more training, education, and research for this to be used by all music producers – there is a lot that goes behind content creation.”

Marcela firmly believes that content creation is an integral part of music production, saying: “What I try to encourage through my masterclasses and mentorships is content creation because the more content we create, the more we learn about what works and what does not work. What the audience likes and doesn’t like and then depending on the genre while using these tools and how it is helping music producers – it takes their music to the next level.”

As an advisor for XP, Marcela, we asked her about her experience here in Saudi, to which she replied: “From the first time I got to visit Riyadh and experienced the boom of the music industry, and from my personal experience, I see huge potential in the area.”

We concluded the interview by asking her about her partnership with XP, to which she said: “Having spoken at a couple of panels and interacting with young people from Riyadh, I loved seeing the eagerness of the youth to learn, and this gave me a deeper understanding on what type of materials they want to learn. As an educator, I wanted to create an opportunity to share my knowledge.” Adding, “With ‘Music Production: From Zero to Hero’ masterclass in XP Music Futures 2022, I proposed to do this 3-day course where I would be able to spend quality time with a group of students, and a 3-day course with six sessions that are going to provide them with, hopefully, enough knowledge and basic skills of music production and recording that they can get a general idea of the tools they have access to and the skills they need to develop to become music producers and engineers.”

‘Music Production: From Zero to Hero’ is a masterclass in XP Music Futures 2022 by  Marcela Rada and supports XP’s efforts to grow Saudi and regional talents. Rada’s masterclass will require registration, and entrants must be 18 years or older at the time of entry. The course runs from November 28 – 30, 2022.