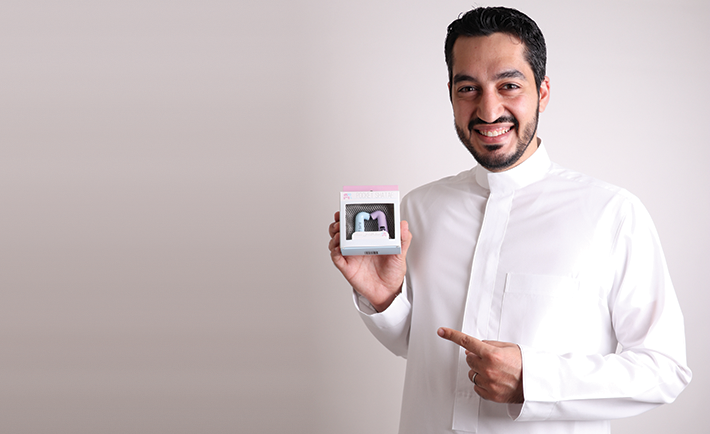 By Eiman Masroor and Nadia Sakkal

Sohail Bajnaid tells us how the handy device was crafted.

To become a successful entrepreneur, you must possess strong business acumen but to become an inventor, you need to be a dreamer – and that’s what Sohail Bajnaid, the brains behind the Pocket Shattaf aka “sacred” device, is.

Bajnaid moved to London at a young age, and being accustomed to toilets equipped with hand bidets, he soon discovered it was a luxury in this part of the world. He almost couldn’t fathom the idea of it not being a basic necessity.

“When I saw other students go through what I went through, I decided to create the Pocket Shattaf and make life easier for them,” he tells us about his invention.

It took him almost five years to perfect the design, and a few prototypes along the way. “Apart from the shattaf being easy to use and the right size, I had to make sure my design was unique because there were a lot of shattafs in the market already,” he says.

Bajnaid’s first hand bidet prototype was created using a garden hose sprayer but it was too big to carry around. He needed a small, portable one. Another was made using a plastic container the size of his palm – he cut two holes in the lid, stuck the pump of a blood pressure meter in one and the head of a hand bidet in the other. 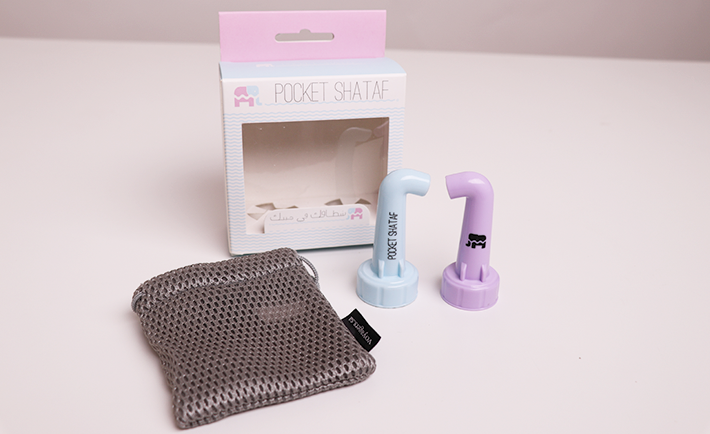 “It [my degree] definitely set the ground for me – I was able to see myself as an entrepreneur,” he shares. “When I see successful entrepreneurs across the globe, it makes me believe that I can be one too.”

With no risk, there’s no gain. When asked what advice he would give to young people who have an abundance of ideas but lack the confidence to execute them, he says: “Believe in your idea and in yourself. What’s the worst thing that can happen? You’ll find out your idea/product already exists. But believe me when I say this, it’s worth taking a chance – take the plunge.”

He also tells us registering for a patent used to be a complicated process. “Back in 2013, it could take up to six to eight months, but now it’s become a lot easier – the certificate is issued within two months,” he adds. “In fact, I wanted to modify my design and it only took two days to renew the patent.”

The Pocket Shattaf is just the beginning for Bajnaid. “My plan is to develop more products for travelers – I want to make their lives easier.”

HOW TO GET A PATENT: 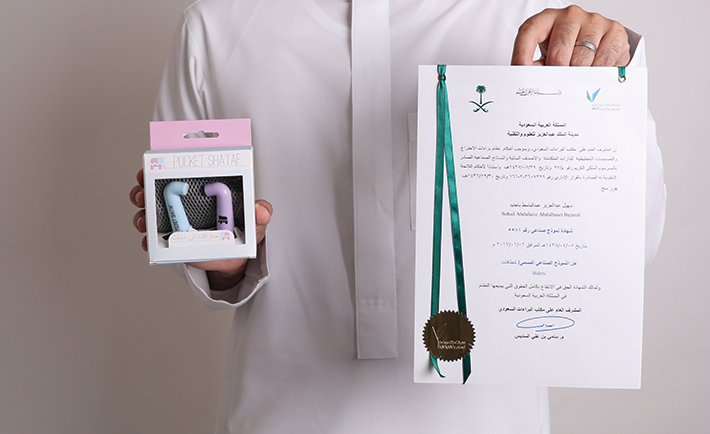 A protection document is granted by the General Directorate of Patents at King Abdulaziz City for Science and Technology.

Applications must be filed in the Arabic language and must include: