Islam in the Baltic has a surprisingly long history, with evidence of Muslim travelers and geographers in the area as early as the 10th century.

However beyond the odd adventure and mapping exercise, the Baltic held little interest for them.

The first real Muslim community is established in the 14th century in Lithuania when Muslim Tatars from the Crimea were brought over by Lithuania’s Duke Vytautas to help with fighting the intolerant Christian Teutonic Knights.

These Tatars were invited to stay and have been resident here for over 600 years now.

In this Baltic Islamic heritage itinerary, Tharik Hussain, takes us on a magical journey through the region’s Muslim history, one country at a time, concluding in sleepy little Lithuanian villages that are still home to what might just be Europe’s oldest surviving Muslim community. 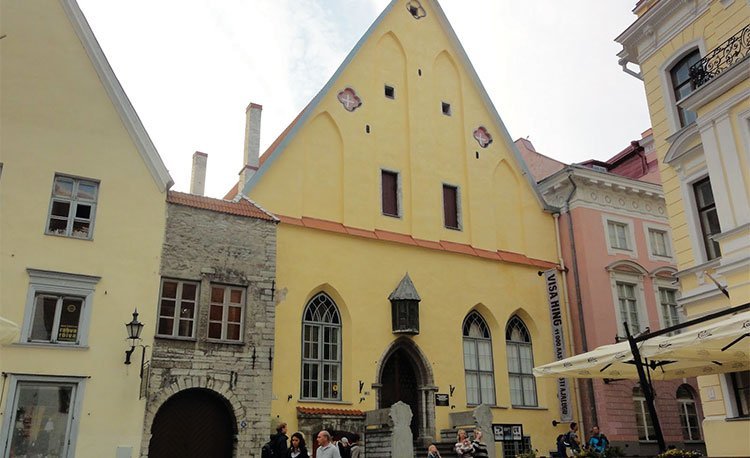 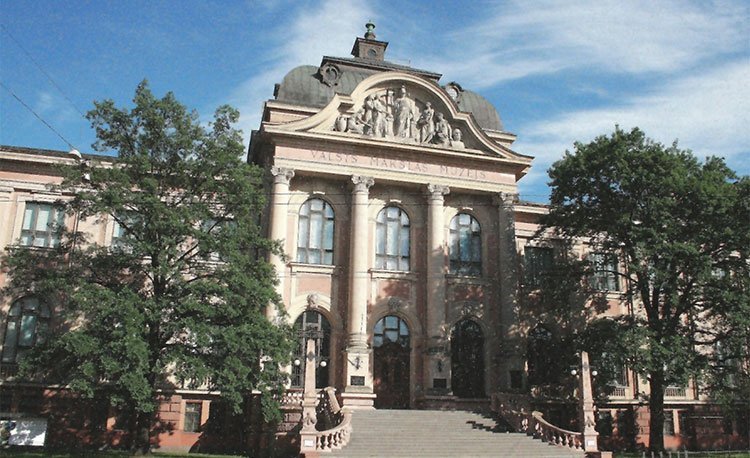 Estonian Islamic Centre
Tallinn’s only mosque is in an office block on the outskirts of the city, near the airport. It is a good place to meet Tallinn’s small but diverse community of Muslims, made up of Tatars, local converts and immigrants from countries like Bangladesh, Egypt and Azerbaijan.
Estonian Islamic Centre, Keevise 9, 11415 Tallinn.
Web: islam.pri.ee

The Latvian National Museum of History
Riga also has a collection of ancient Islamic coins dating from the ninth and eleventh centuries. The total amount discovered in Latvia number over 2,000, with a selection on display here.
Latvian National History Museum, Lacplesa street 106/108, Riga, LV-1003.
Web: lnvm.lv 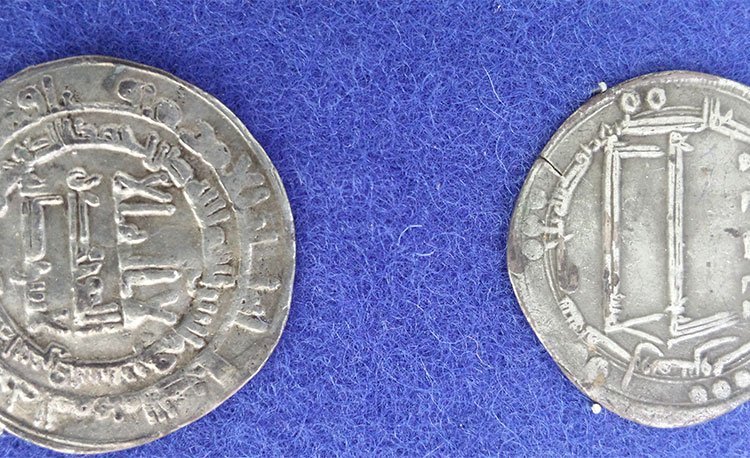 Muslim Cemetery, Riga
The ‘Musulman Kapi’ in the northern suburbs of Riga is a quaint little patch, surrounded by Christian graves. This selection of old and new Tatar graves offer a fascinating insight into the Latvia’s oldest Muslim community made up mainly of later Tatar migrations from areas such as Russia.
Aizsaules Iela 1A, Riga, LV-1026 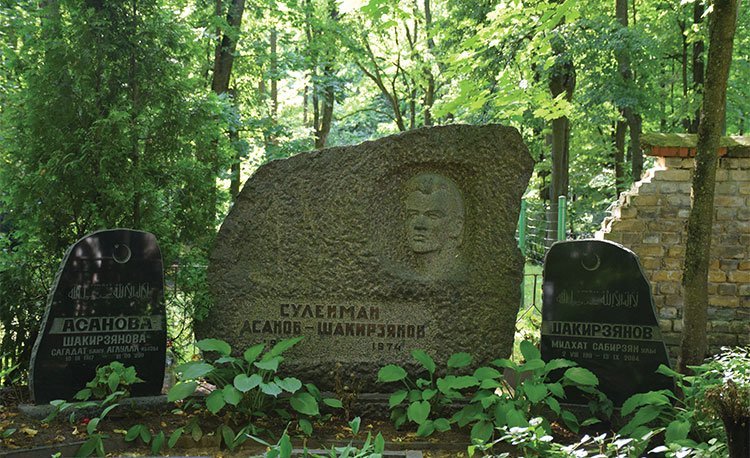 Islamic Cultural Center in Riga
Riga’s mosque is inside a red residential block off the busy Brivibas Street. It sits surrounded by a small selection of Muslim stores including a delightful little Turkish butchers.
Brivibas Iela 104, Riga, LV-1001.
Web: islam.lv

Lithuania was never an Ottoman territory, so to find an Ottoman minaret hiding in the woods behind Kedainiai’s main train station begs the question ‘how?’ 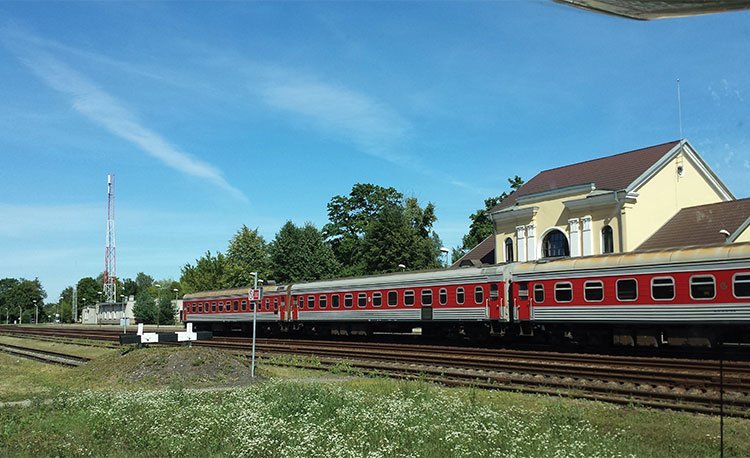 Legend has it Edouard Totleban, a local Russian Imperial Army General, brought it here in the mid 19th century so he could build his beloved wife – a Muslim Turk – a little mosque to pray in. The mosque is no more, but the romantic gesture remains.
Off S. Dariaus ir S. Gireno gatve 5C, Kedainiai 57149, Lithuania 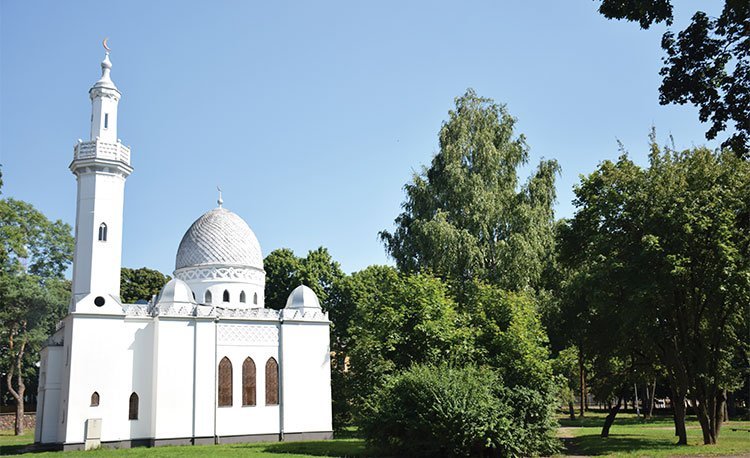 Kaunas Mosque
The Baltic’s only purpose built brick mosque has a dedicated imam and a vibrant Friday jam’at filled with overseas students, Tatar Muslims, converts and immigrants. The mosque is in the Egyptian Mamluk-style with an egg-shaped dome and an elegant minaret. It was built in 1933 to commemorate the 600-year death anniversary of Duke Vytautas who brought the Muslims here in 1398. Fittingly, today it is also the office of a direct descendant of that community, the Grand Mufti of Lithuania, Ramadan Yaqoob.
Kauno Mecete, Totoriu Gatve 6, Kaunas 44322

The Ancient Tatar Lands
The area that Duke Vytautas settled the Muslim Tatars in is an area roughly between Vilnius, eastern Poland and Belarus. As a result hundreds of villages in the area can trace their origins back to that period, but only seven contain the last remaining beautiful wooden Tatar Mecetes – the most indigenously European looking mosques anywhere – and three of them are in Lithuania. 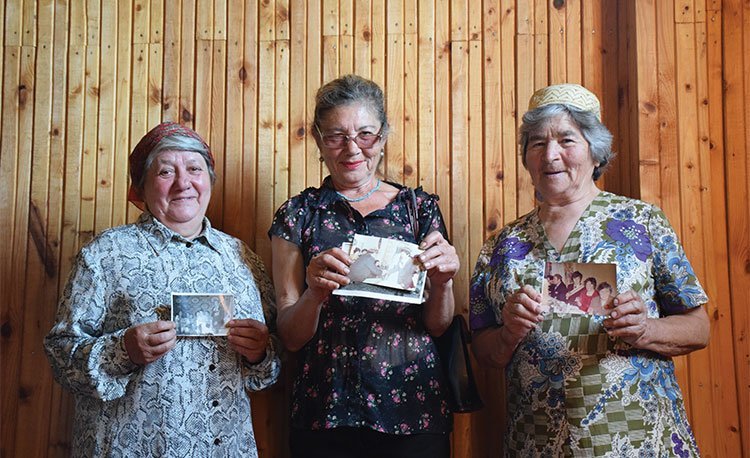 Keturiasdesimt Totoriu
Keturiasdesimt Totoriu means ‘Forty Tatars’ because that’s how many families are said to have settled here in the 14th century. The village remains laid out like a Tatar military encampment, and is only four hours march from Trakai, Vytautas’ capital. In its center is a quaint dark wooden mosque. It is square with a pointed tin roof, and a small onion domed turret topped by a crescent. The community here number 120 and many claim direct descent to the first generation brought here. There is a new community center in the village, which has had a mosque since the 16th century and contains the oldest dateable Muslim grave in Northern or Western Europe. ‘Allahberdi’ was buried here in either 1621/1626.

Nemezis
Virtually a suburb of Vilnius, Nemezis’ mosque is the most ornate of all three and it sits where a mosque has stood since the 17th century. Nemezis also has a brand new community center for its Tatar population of 400.

Raiziai is an important centre for Lithuanian Tatar festivities where 500 Tatars still live. A mosque has stood here since the 17th century, but the current one is a reconstruction of an 1883 model. Inside it is a rare Tatar minbar (pulpit), dating from 1686, originally in neighboring Bazoru.

Tharik’s journey was enriched by the support of Lithuania’s Islamic society.
Web: islamasvisiems.lt 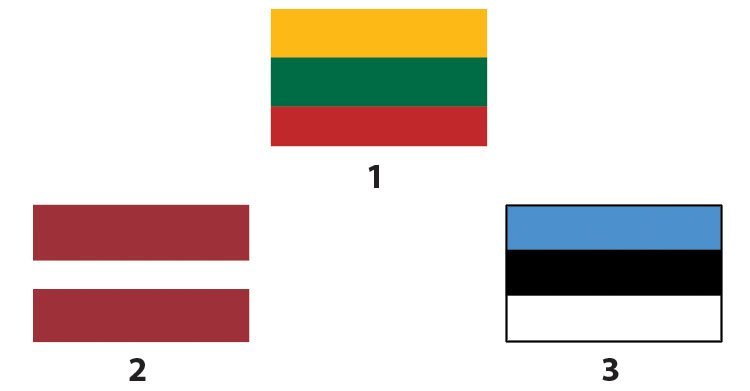 GET THERE
The best airline are Turkish and Lufthansa which fly from Jeddah to Vilnius with one stopover in their respective capitals starting from approx SR 4,000.

MUST HAVE
• A Schengen visa is required for Saudi nationals.
• A good travel guide and phrasebook.
• A Satellite Navigation unit.
• A back up paper map of the Baltic states.

MUST DO
• Stay in a magical wooded campsite.
• Spend a night on the Curonian Spit.
• Find a hidden beach along the Latvian coast.
• Wander the old town of Tallinn.