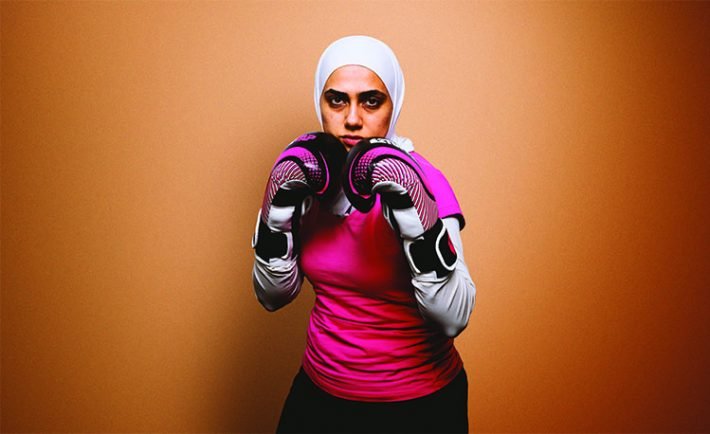 Asma is a woman trying to make a name for herself with her punches, kicks, and coaching. Outside of boxing, she is also a volleyball player and was a member of Jordan’s national women’s volleyball team until 2015.

The athlete, who snagged gold in women’s kickboxing at the Arab Kickboxing Tournament, has also participated in the Women’s World Championship in Kyrgyzstan in May 2016. For her, fighting in Kyrgyzstan was an amazing opportunity and one she will never forget.

Asma was always into boxing even from a young age, and graduating with a major in physical education got her started on her dream sport. She was appointed the first international referee in Thailand for Muay Thai boxing at the age of 23 in 2011, and went on to referee in the Muay Thai world championship.

Her pre-tournament training is an intense regime of six hours that pushes her to her limits and prepares her to face the battle in the ring. On lighter days, her training is only two to three hours a day, three or four days a week.

Asma aims to be the best coach she can be for her students, a very realistic goal considering how she strongly believes in sharing her knowledge. She plans to compete in more boxing tournaments and win championships before turning 40.

There’s a lot of pressure in being a young professional female boxer, but she deals with the challenges like a champ.