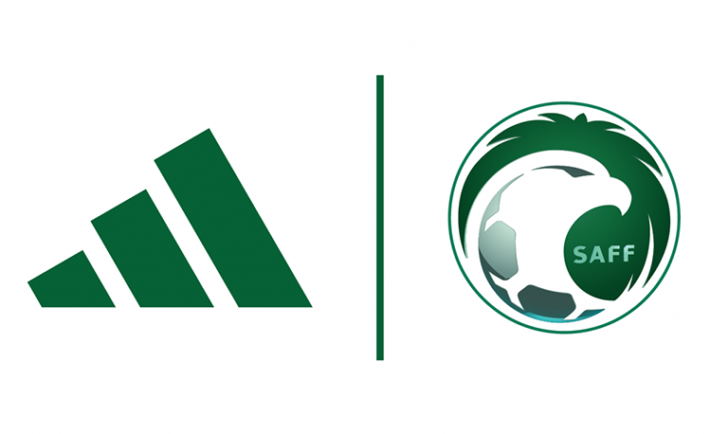 Four-year deal highlights a commitment to invest in and grow both men’s and women’s game.

Partnership further enhances adidas‘s credibility in football across the Kingdom.

adidas has today announced a partnership with the Saudi Arabian Football Federation (SAFF) until 2026. The agreement provides adidas commercial rights both on and off the field, alongside branding opportunities across the full spectrum of traditional and digital media. From March 2023, the German sportswear brand will be the sole supplier of all training and match wear for the federation – including the men’s, women’s, and youth teams.

As the number one sport in the Kingdom, football has continued to gain prominence and momentum in recent years. Hidden talents have emerged and elite academies born in the quest to develop world class players. The national youth teams have grown from strength-to-strength, with the Under 23 team being crowned 2022 AFC U-23 Asian Cup champions without conceding a goal, while earlier this year the Under-20 team defended their Arab Cup title to claim-back-to back championships.

2022 also witnessed the historic formation of the Saudi women’s national team and in just a few days the senior men’s National team will embark on its sixth appearance at the FIFA World Cup finals following their strongest ever qualification campaign.

The partnership with SAFF targets the very top of the Saudi football pyramid and further enhances the brand’s footballing credibility across the region. Moreover, the deal continues adidas’s commitment to growing football in Saudi and follows the signing of several high-profile footballers such as national team captain Salman Al Faraj, Yasser Al Shahrani, Abdulelah Almalki, Abdullah Otayf and many more.

Together with SAFF, the new partnership will further develop women’s football across the Kingdom with the aim of strengthening the country’s ability to compete at the highest international level. The agreement will see adidas commit to investing in the development of women’s football across the Kingdom, from grass roots up, with the aim of creating an equal playing field for all. This important step builds on the brand’s existing commitment to grow the women’s game in Saudi, having signed women’s national team player and top scorer in the inaugural women’s football league, Farah Jefry.

adidas and SAFF believe that opening up football to all is an important step in inspiring the next generation of up-and-coming young female footballers across the Kingdom. Over the last year women’s football in Saudi Arabia has been unleashed with a new premier league, first division, schools league and regional training centres all established. The new partnership will seek to accelerate that growth even further.

Bilal Fares, General Manager MENA, said: “adidas is proud to partner with the Saudi Arabian Football Federation.  We believe that through sport, we have the power to change lives and we’re delighted to support the federation’s strategy to enhance access to women’s football across the Kingdom. Saudi’s growth and ambitions within the sporting sector makes it an incredibly exciting market for adidas, with the partnership building on the brand’s wider ambitions to increase sports participation across the Kingdom in line with Vision 2030.”

SAFF President, Yasser Al Misehal, said: “the Saudi Arabian Football Federation is looking forward to welcoming adidas in March 2023 as our new kit partner. adidas respects our past, our present and admires our committed ambition to open up football to all. In the Kingdom football is a force for good and brings joy to so many, joy which is spreading to even more people thanks to the growth of women’s football. There is fresh energy and a genuine sense of optimism and excitement on and off-the-pitch in Saudi Arabia, that adidas believes in and wants to be part of. For the Saudi people, adidas is historically synonymous with football and are looking forward to kicking-off this relationship in 2023 with such a world leading brand and reaching new heights together.”