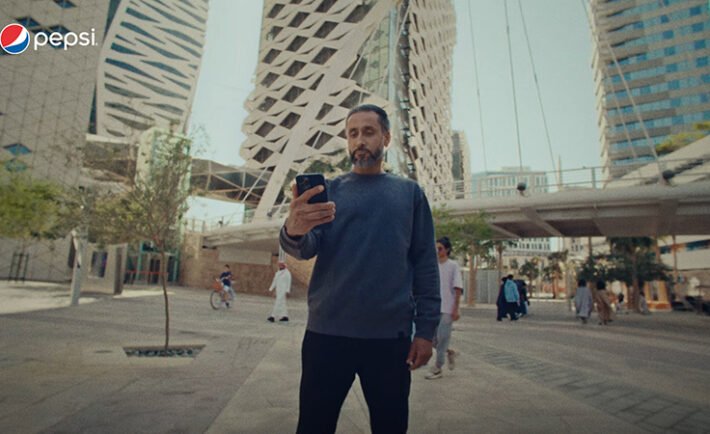 Pepsi has released its latest film with one of the most exciting, generational talents and reigning UEFA Champions League winner, Vini Jr and Saudi Arabian football legend, Sami Al-Jaber, with the thrilling film bringing the two icons together in a stunning celebration of the beautiful game.

Following the success of PepsiCo’s blockbuster and wildly popular “Nutmeg Royale” trailer, the film finds the beloved stars going toe-to-toe in a friendly and fun-spirited clash of football cultures. It opens with Vini Jr daring Sami Al-Jaber to take part in the “Nutmeg Royale” and perform the nutmeg challenge across Saudi Arabia. Always game for a challenge, the Saudi goal-scoring extraordinaire duly accepts and performs the trick with characteristic ease, nutmegging all comers. Competitive as ever, he then challenges people and fans all over the country to take on the challenge as well.

Aamer Sheikh, Chief Executive Officer – Middle East, PepsiCo, said: “Deeply rooted in Saudi culture, each and every single one of us at PepsiCo is well aware of just how passionate people across the country are about the game. As we all know, Pepsi has had a tremendous relationship with football, going back nearly 65 years in the Kingdom alone. For this, our latest incarnation, we’ve brought together some of our most impressive Pepsi football roster yet, comprised of players who truly embody our brand spirit and excite and electrify us every time they step on the pitch.” 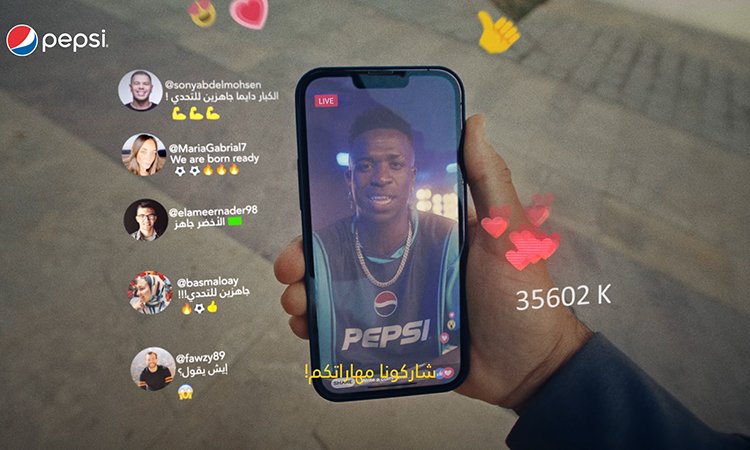 He further added, “We are a customer-centric brand that prides itself on catering to the people and communities it serves, and Pepsi is delighted to have produced this exciting new football film, bringing local football icons together with a global superstar to put more smiles on our customers’ faces.”

As demonstrated by the very first “Nutmeg Royale” film featuring Leo Messi, Paul Pogba and Ronaldinho — which went viral immediately upon its release, delighting fans the world over — everything and everyone is a target. A trick reserved for the risk-takers who are thirsty for the rush of the game, the nutmeg requires confidence, skill and impeccable timing.

It’s more than just a move on the pitch, it’s a mindset — one which Sami Al-Jaber showcases in the film. The rip-roaring video also features Saudi football luminaries like the trailblazing Farah Jefry, the tough-tackling Hussein Abdulghani, and the iconic Mohammed Noor — all of whom also take on the nutmeg challenge, showing that when global meets local, local legends always rise to the task and take it to the next level.

Sami Al-Jaber, Saudi football legend, said: “I had a fantastic time working with Pepsi to create such an inspiring spectacle of Saudi footballing excellence. As a player, every time I stepped on the pitch, I was motivated by the prospect of bringing joy to my fellow countrymen and women. Putting this film together was an experience I will cherish for many years. Hopefully, it will also give fans even more reasons to cheer and showcase the world how Saudi Nutmegs – with passion and pride”

The video captures the love which Saudi citizens and residents have for football — a love currently being celebrated this Riyadh Season across special PepsiCo activations. Located in Riyadh Boulevard, these set-ups are wholly dedicated to the magic of football and are brought to life by unique on-ground activations and competitions designed to entertain community members of all ages and backgrounds.

PepsiCo’s new film also issues a stirring call-to-action, challenging fans, viewers, and players to show off their moves by joining the Saudi Nutmeg Team. In doing so, participants can enter the running to win a wide range of exclusive and one-of-a-kind prizes. They can do this by simply recording a video showcasing their skills and sharing it on social media with the #PepsiNutmeg hashtag. (LINK)

“Nutmeg Royale” is the first campaign to come under Pepsi’s new international brand campaign “Thirsty for More” which launched earlier this month. “Thirsty For More” is a shared mindset between the brand and its consumers and celebrates and rewards those who pursue their curiosity to experience the exciting and unexpected.

“Thirsty For More” will come to life through a range of experiences and content across purpose, products, passions such as football and music.

Stay tuned for more exciting drops and digital content including high voltage Tik Tok duet videos and delicious product innovations from Pepsi in the coming weeks that you will not want to miss! Fans can join the conversation online by following #THIRSTYFORMORE, #PepsiNutmeg and @PepsiArabia