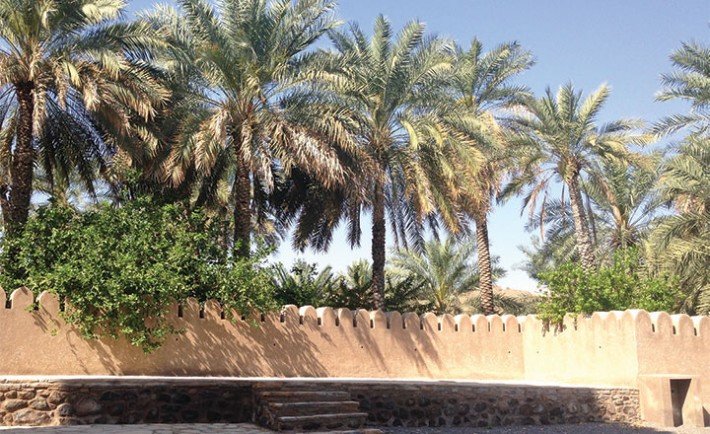 Travel gets you in touch with yourself and gives you perspective on the world outside your own. Here’s an account of my long overdue trip to Oman.

This was my first solo trip after over fourteen years. My friend greeted me at the airport upon my arrival along with an Omani driver by the name of Ahmed. He proved to be an excellent tour guide during my week there. We made way to our lodgings at Bareeq Al Shatee, which is an apartment and mall complex.

Muscat was one of the first inhabited cities of Oman. The Babylonians and Assyrians settled there to control the trade route linking Asia to the Mediterranean shores. Omani empire later expanded to include the cities of the African coast. Hence the local population is very diverse and full of people who settled from different eras. Sultan Qaboos bin Said brought a dawn of a modern renaissance in the Sultanate.
A visitor to the cities of Oman would observe the efforts to preserve the traditional architecture, characterized by its simple lines and color scheme. It avoids high rises, but maintains an understated elegance of its own.

During the first day, my friend and I went for a walk along the coastline surrounding area and then to the cinema. It was my first 3D cinema experience. We watched Jupiter Ascending and geeked out over the amazing CGI and women with empowering roles in movies. 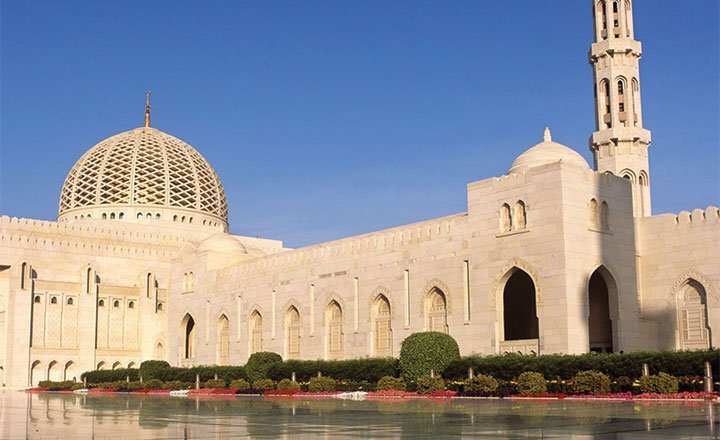 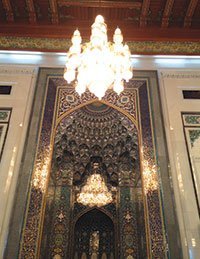 One of the many beautiful sights to see.

Grand Mosque of Qaboos
Close to the road leading to the heart of the capital, Muscat, stands the Sultan Qaboos Grand Mosque in Bawshar District, like a radiant lighthouse attracting its visitors to interact with the spirit of Islam as a religion, science and civilization. Its construction took six years and its total capacity is about 20,000 worshipers.

The corridors seem like a secure wall surrounding the mosque’s building and meet through the five minarets that delineate the borders of the mosque’s location and symbolize the five pillars of Islam.

The mosque’s prayer hall floor is topped with a single piece Persian carpet composed of 1,700 million knots which took more than two years to make, covering an area of 4,200 square meters. Twenty-eight different colors made from plant or natural dyes, in varying gradations, are used in this carpet’s weave.

Non-Muslims are allowed to visit the mosque every day, except for Friday, from 8:30 until 11 a.m. Visitors are asked to dress modestly and in a way befitting places of worship. 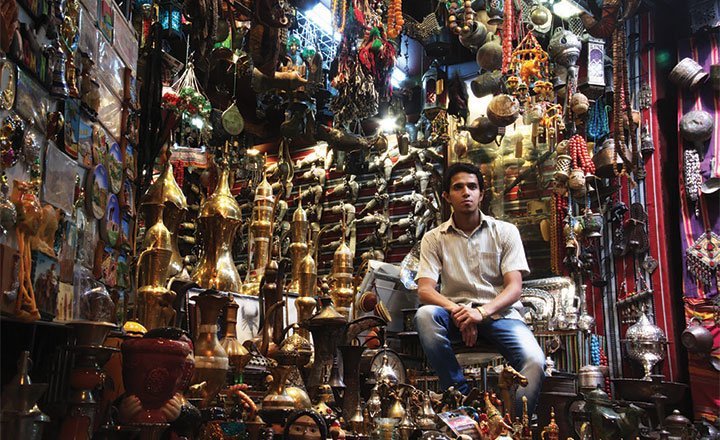 Souq Muttrah
Every place has a distinctive flavor and every city has a market that relates its stories, embraces its history and accompanies its evolution. Souq Muttrah is one of the oldest markets in Oman, wdating back to 200 years.

The market starts at a gate facing the Sea of Oman and the Muttrah Corniche. The souk is a prototype of old eastern markets, characterized by narrow winding alleys roofed with wood. 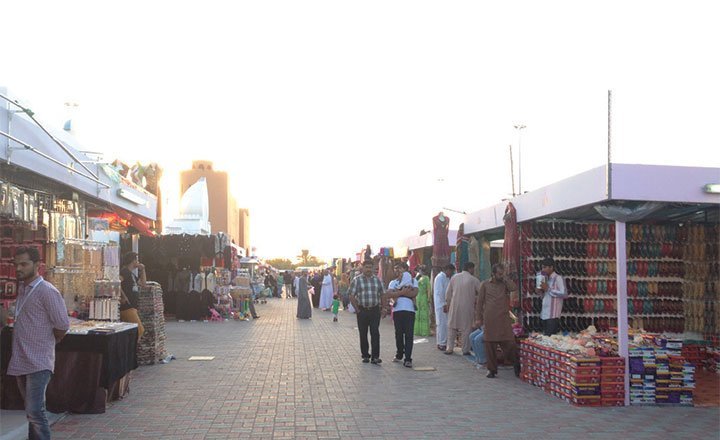 The Omanis call it the Market of Darkness due to its myriad alleys and roads lined by shops that block the sun during the day. The Muttrah Souq is known for its handicrafts like silverware, daggers, traditional cloth, new apparel and shoes, in addition to the famous Omani sweets and spices. 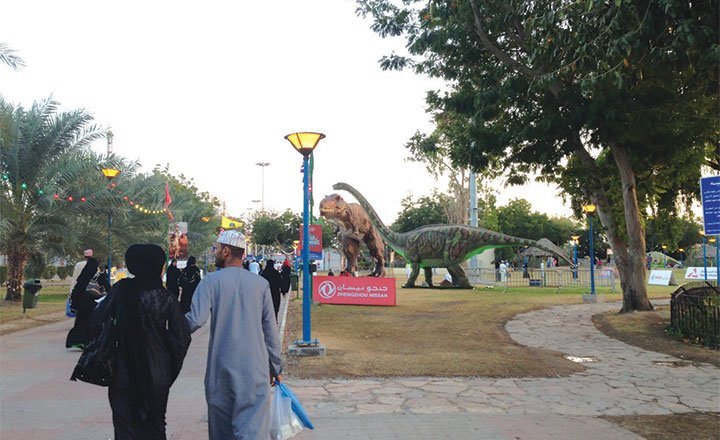 Muscat Festival
The Muscat Festival takes place annually during January and February at Naseem Gardens. We spent about three hours there. You go through a bazaar and then into the main park where all the activities were happening. There was a traditional band singing traditional songs and dancing. 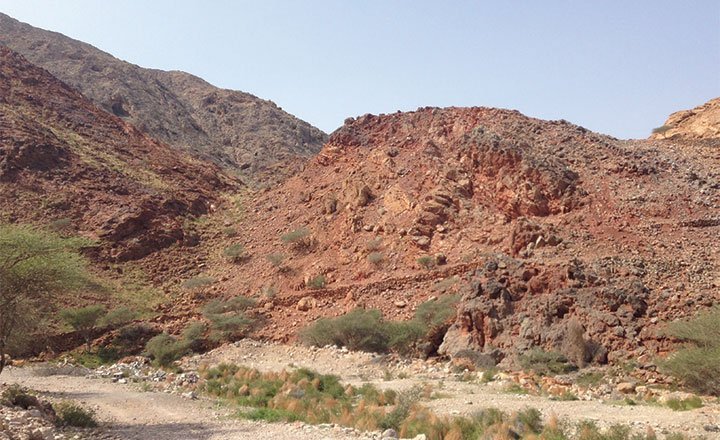 The Green Mountain
Mountains constitute a large part of the environment of Oman. The Green Mountain (Al Jabal Al Akhdar) is the most noted mountain amongst visitors to Oman. It’s famous for its wide plateau close to the summit. The journey from Muscat to the mountain takes about two hours and can only be undertaken by four-wheel drive.

There are many Omani villages spread across the mountain. Villagers have dug terraces in some parts of the mountain for growing crops. 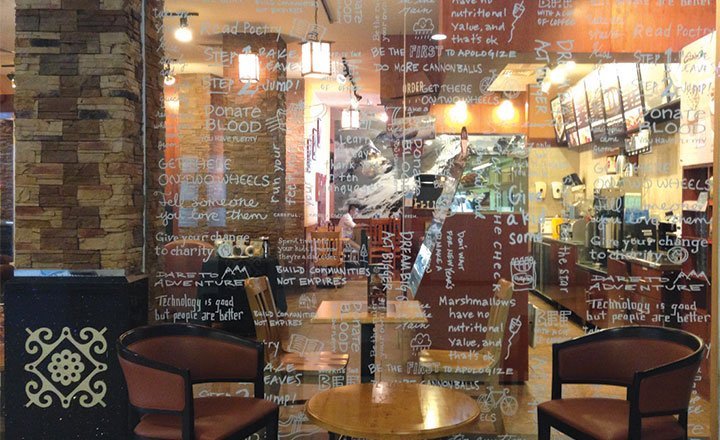 Doodles everywhere at the Caribou Cafe.

Caribou Coffee
Most of my work hours were spent at Caribou Coffee. The place has very cool and homey vibes. There are hand-drawn doodles all over the place; on the walls, napkins and cups. They present you with a question of the day when you enter and if you get it right, you get a free drink. 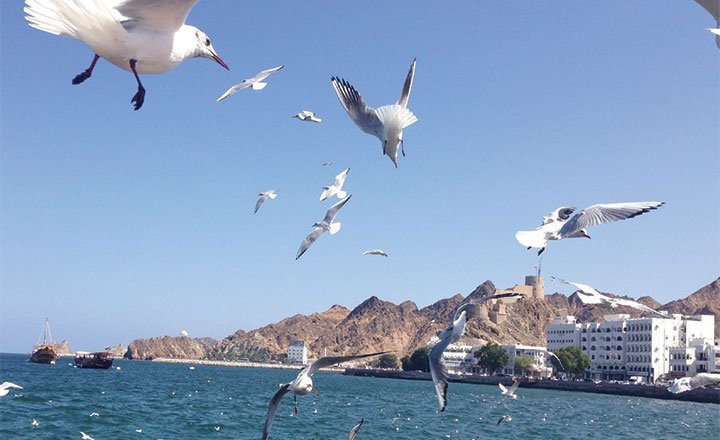 Al Quram Beach
This lies in Al Quram in the heart of Muscat and extends over a large area. A number of hotel chains are built next to it, such as Hotel Muscat InterContinental and Crowne Plaza. This beach is considered one of the busiest in Muscat due to its location near shopping centers and restaurants. Walking enthusiasts can enjoy the boardwalk along the beach and then rest on the numerous chairs and umbrellas scattered throughout the place.

If you happen to visit the beach, try out Mani’s Gourmet Cafe and D’Arcy’s Kitchen for breakfast.

I said my goodbyes on the fifth day and headed towards the airport. Fortunately the airport had Caribou Coffee. Walking on the beach with clear blue waters and collecting seashells on the shore is one of my favorite memories of Oman. It’s a place you go to wind down from the hustle and bustle of city life.