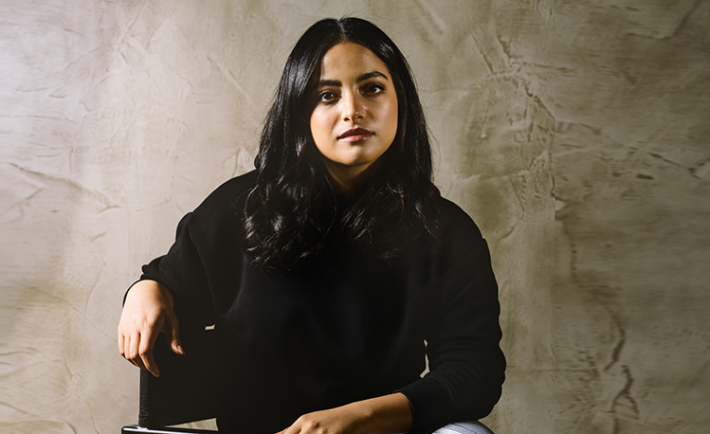 If you ever have the pleasure of meeting Jumanah Shaheen, you’ll gravitate towards her unmistakably beautiful, and intensely calming energy almost unknowingly. Her warmth and genuine attention to conversation makes you feel at ease, and you’ll find yourself in a smooth back and forth for hours. That is, if she doesn’t have to hurry away to deal with an almost always looming deadline.

Jumanah has made a name for herself as a Visual Effects Producer. She has made significant contributions to numerous award-winning feature films and music videos. She has worked as a visual effects coordinator on major motion pictures such as Fruitvale Station, the directorial debut of Ryan Coogler (Black Panther) and starring Michael B. Jordan (Creed, Black Panther) and Melonie Diaz (Charmed). The 2013 film was a runaway hit, earning critically and commercially, winning the Independent Spirit Award for Best First Feature, Satellite Special Achievement Award for Breakthrough Performance, and the Producers Guild of America Stanley Kramer Award. Her other notable works include international feature films, like Theeb, which won the BAFTA Award for Outstanding Debut in 2016, as well as Academy Award and BAFTA Award nominations for Best Foreign Language Film.

Born in Saudi Arabia as the youngest of four, Jumanah spent her early childhood years in Michigan where her parents were in University, until moving back to Saudi at age 10. Quite the prodigy, she graduated from high school at the age of 15. While she wanted to take up film or animation in the States from the onset, her dad asked her to study at a local university before heading abroad. 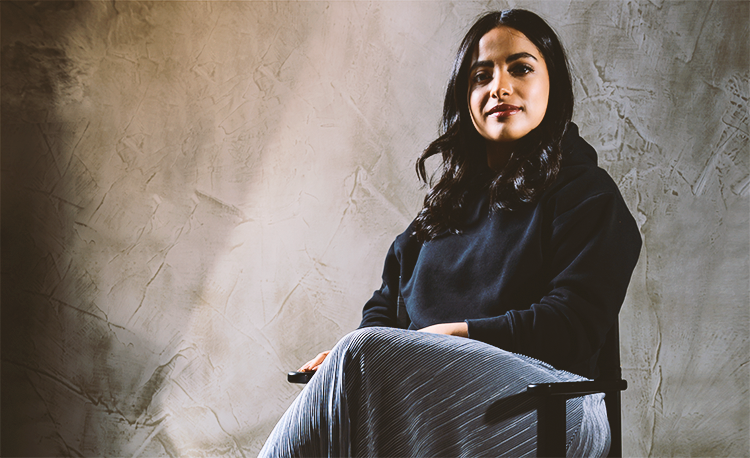 Later on, she would enter the Academy of Art University in San Francisco, and complete a Bachelors of the Arts in Animation & Visual Effects production at the age of 21. The choice to get into animation was one that was cultivated in Jumanah from her early childhood: “I watched cartoons growing up, all the way into my young adult life— For me it was a way to visit and understand different points of views, each story or animation was so far away from who I was and my experience. Storytelling in animation, to be specific, is a chance to build a world completely on its own. Others might get it, or not, but it’s still out there to be understood.

It was also a way to send out a message. When you can relate to a character or scenario, you become more empathetic. Give me single person in the world that hasn’t been affected by a movie or cartoon that they watched growing up, or even now. Living between two different places that spoke different languages, visuals were the easiest way for me to communicate with them. Words are powerful, but I think visuals stick with a person a lot more.”

During her time at the Academy however, she quickly realized that although she loved the idea of personally creating her own world in 3D, she didn’t enjoy the actual modeling itself. She saw it as just one step in creating that universe.

“I was always the one who took all the notes in class and emailed it to all my friends. I found joy in organizing group meetings, assignments, and being the one people go to, to fix things. Eventually, one of my classmates pointed out to me that I’m not a 3D modeler, I was a producer. At first I got offended, but then I realized— yes, I think he’s on to something. So I dipped my hands into that, volunteering and working as a production assistant whenever I could.”

Her hustle and relentless spirit gave Jumanah the break she needed upon finishing her degree. She managed to get her foot through doors because of her willingness to put in the hard work, sometimes volunteering for projects just to gain experience. When asked what makes a good producer, she shares, “I’ve worked with a lot of amazing producers. It’s hard to say that I do something better or not. The one thing I have noticed that the difference lies on whether a producer or supervisor has empathy or connection with their team. I’ve worked with a producer who didn’t know the artists names on the project.”

Jumanah’s senior portfolio included visual effects coordination for award winning pictures such Fruitvale Station, Adventagrous, and Theeb. Shortly after graduation, she moved to Los Angeles where she went on to produce visual effects for Modern Family, Black-ish, Fresh Off The Boat, Arrested Development, and music videos for Maroon 5, and most notably Taylor Swift’s record breaking music video, Look What You Made Me Do.

After spending a decade in Hollywood, Jumanah decided to come back and see how she can put her experience to good use in building the local industry. She sees herself working in between both markets, importing best practices in the Kingdom, while, through various film projects translating her cultural identity for a global audience, she says:

“Every kid in Saudi knows that in America you live in suburbia with a white picket fence. There’s that imagery that everyone is familiar with for Paris, Amsterdam, Italy… An image of how that life is lived. I just want for Saudi to have its own way of life shown too. One that is accurate in its depiction, that shows we’re not the stereotype others assume.”

Since her return, Jumanah has worked with local talents and is working with different agencies to see how she can best contribute in developing the Saudi film industry.

“Thankfully, Saudi is opening up to the industry and providing all these amazing resources to the younger generation. When you’re trying to do something really good, and perfect it, you try and learn it from someone who has perfected it, then you can make it your own… I feel like LA and California in general, has already an established track record for creating incredible animated series and films. Between here and there, I want to do my best to create that link. It’s really an industry you can’t snooze on, it’s changing on a daily basis. So we’ll see!”

From coordinating productions for award-winning films as an undergrad teenager, to producing visual effects side by side with some of industry’s most talented artists in her early 20’s, it’s suffice to say that we haven’t seen the last of Jumanah Shaheen’s mark on not just the Saudi film industry, but also in Hollywood.