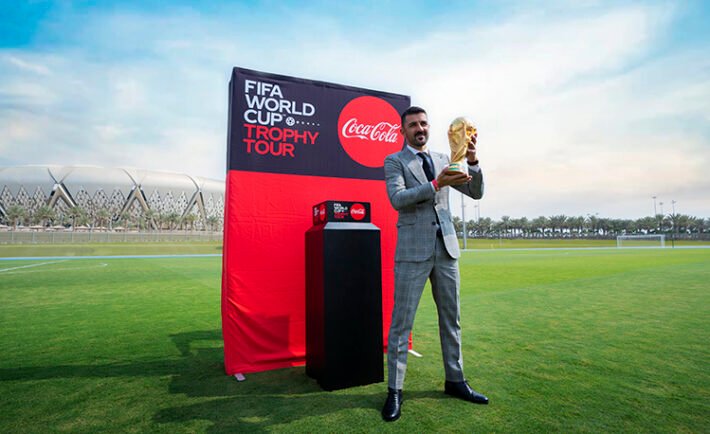 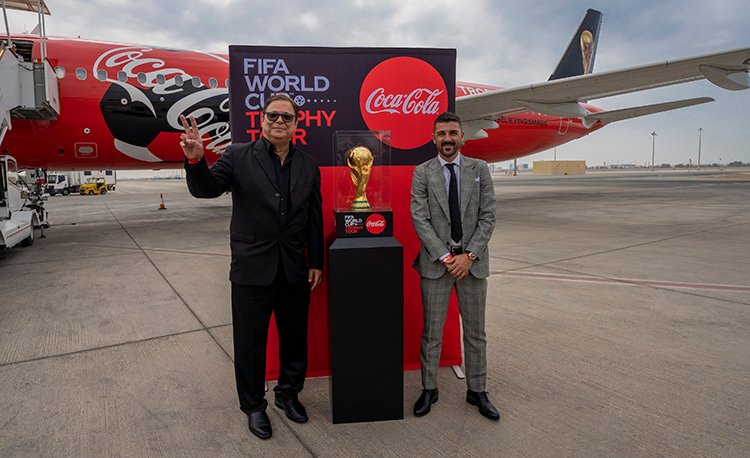 Organized in partnership with the Saudi Ministry of Sports and Saudi Arabian Football Federation (SAFF), the two-day Trophy Tour by Coca-Cola started its coast-to-coast visit touching down in Jeddah’s King Abdulaziz International Airport. This was followed by visits to the iconic King Abdulaziz Sports City and Jeddah Corniche. The trophy then flew to Riyadh for a VIP event in At-Turaif, Diriyah after which thousands of fans experienced the Original Trophy at Granada Mall before heading to Dhahran for a VIP event as part of Tanween Talks at Ithra. 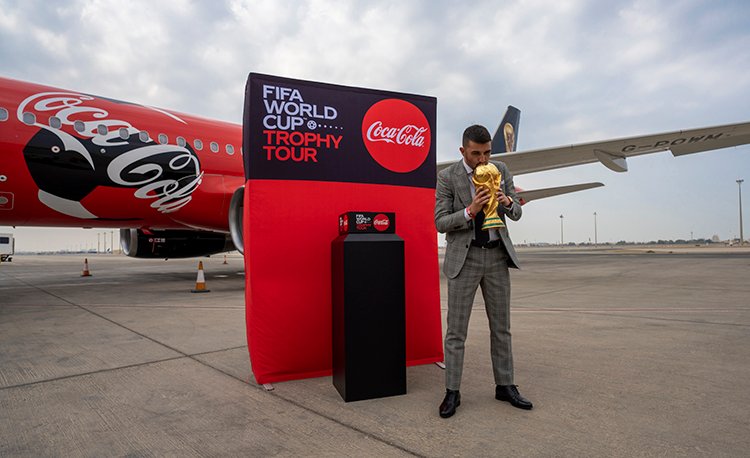 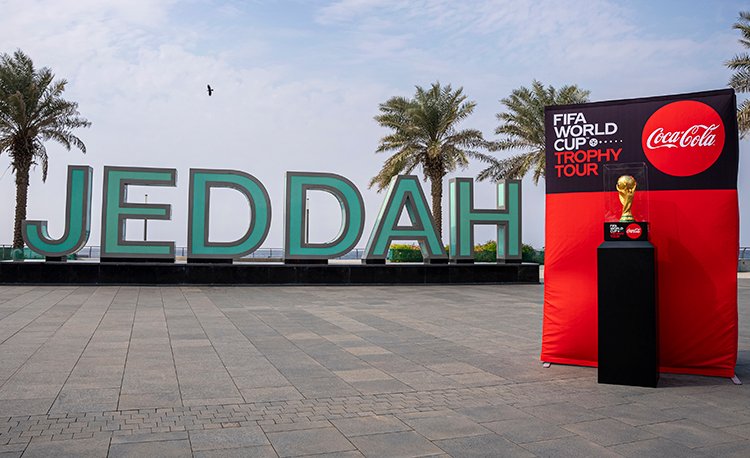 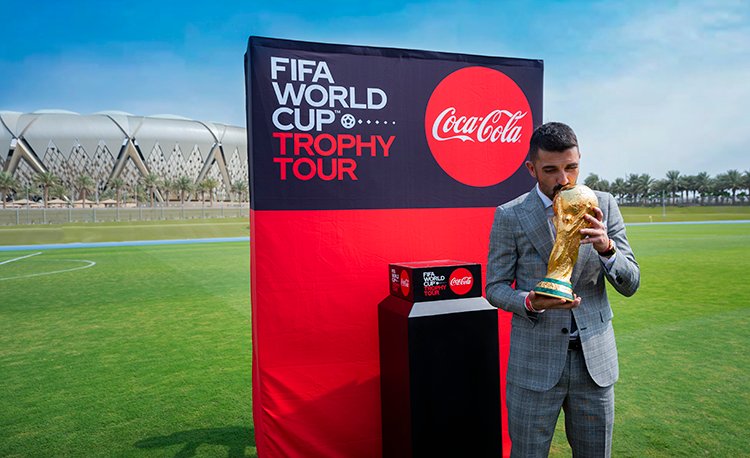 SAFF President Yasser Almisehal added: “We are delighted to welcome the Original FIFA World Cup™ Trophy to Saudi Arabia once again. Our country loves football, it is a passion that runs deep through every home and in every city and we’re proud of our Green Falcons. I know fans will be so excited to see the Original FIFA World Cup™ Trophy, we are honored to host and share in the magic of football’s most prestigious prize and thank FIFA and Coca-Cola for their partnership.”

This year, the Original FIFA World Cup™ Trophy will travel to 51 countries and territories as it visits all 32 FIFA World Cup™ qualifying nations for the first time, bringing Coca-Cola and FIFA one step closer to visiting all FIFA’s 211 Member Associations by 2030. 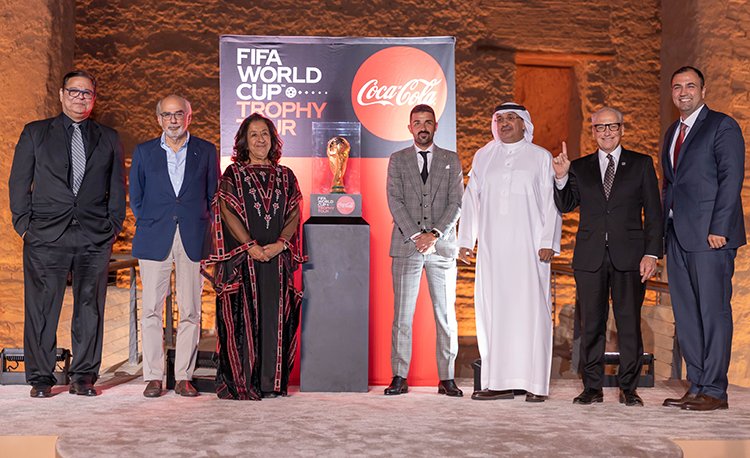 Tolga Cebe, Vice President & General Manager of Middle East, The Coca-Cola Company, said: “We are delighted to bring the energy and excitement of the world’s most loved football tournament to Saudi Arabia. Saudi Arabia is passionate about football, and we share the country’s excitement for the Green Falcons and their forthcoming FIFA World Cup™ campaign.  At Coca-Cola, believing is magic and we are proud to have brought fans this once-in-a-lifetime experience to Saudi Arabia, alongside the Coca-Cola FIFA Fan Festival Riyadh and through our digital promotions giving thousands of Saudi fans the chance to win match tickets to cheer their national team during the tournament. I would also like to thank the Ministry of Sports, the Saudi Arabian Football Federation, and Diriyah for their partnership.”

David Villa said: “It is such an honor to be here in Saudi Arabia as the FIFA World Cup™ Trophy Tour by Coca-Cola reaches its penultimate destination, exciting and inspiring fans on its journey. Lifting the Original FIFA World Cup™ Trophy has the power to excite millions of fans and after witnessing Saudi Arabi’s passion for football first-hand, I know the Tour will continue to excite and engage fans across the region. 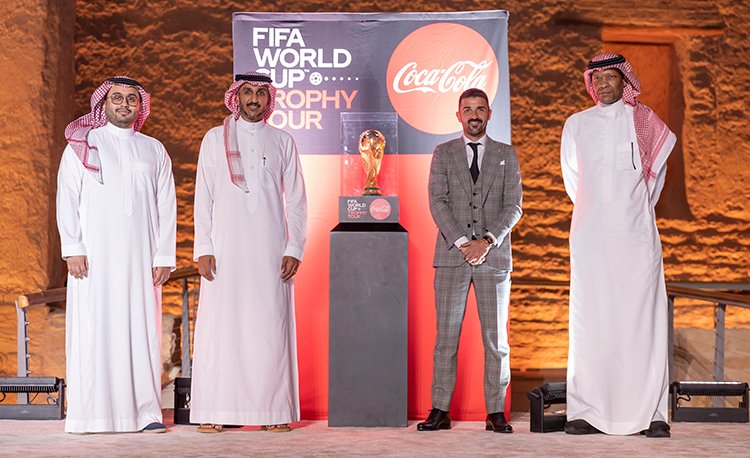 “As the sole bottling partner of Coca-Cola here in the Kingdom, we are proud to bring the real magic of Coca-Cola to our community each and every day, The FIFA World Cup Trophy Tour by Coca-Cola brings together nations, communities, and people, all through the passion of the sport. I hope that it inspires our young athletes across Saudi Arabia and beyond to believe that – one day – they too can be at the pinnacle of their sport and perhaps lift that Trophy,” added Uwaidh Al Harethi, CEO of Olayan Saudi Holding Company.

Coca-Cola is inspiring football fans across Saudi Arabia to Believe in Magic through its exclusive partnership with the FIFA World Cup™ by providing the opportunity for thousands of fans to win World Cup tickets to watch their national team take on Argentina, Poland, and Mexico. In addition, Saudi fans can enjoy all the matches live at the Coca-Cola FIFA Fan Festival Riyadh in Prince Faisal bin Fahad Olympic Complex. With a capacity of over 3,5000, this official FIFA Fan Festival will feature a huge state-of-art screen as well as a host of F+B options, activations, live performances, and entertainment. 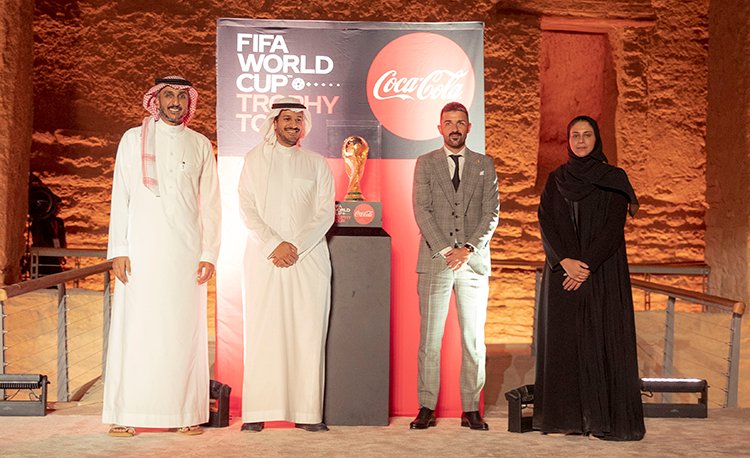 The FIFA World Cup™ and Trophy Tour by Coca-Cola began and finished in the Middle East for the first time. It started its journey in the UAE on 12 May and then traveled across the globe and region before arriving in Saudi Arabia. The Trophy will then reach its final destination in the host country.