Women of all ages, countries and cultures came together to make history at 10KSA, breaking the Guinness world record for the largest Human Awareness Ribbon.

On the night of December 12, the energy at Princess Noura University stadium was nothing short of electrifying and enchanting. Women from across the Kingdom and beyond were filled with enthusiasm and positivity as they stood in their places in support of a worthwhile cause.

The initiative spearheaded by Princess Reema Bint Bandar is an amazing feat and the first of its kind in the Kingdom. Its aim is to raise awareness about holistic health issues, focusing its effort this 2015 on Breast Cancer—the importance of early detection and shifting the connotations of cancer towards a more positive dialogue and perception. 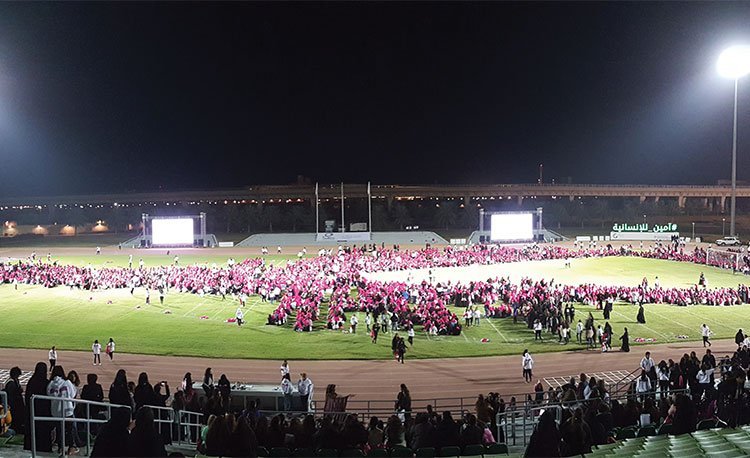 All throughout the day, 10KSA organized a variety of awareness related activities together with its partners and champions to further bolster its campaign. The Empowerment Hub hosted a move zone, where gyms from east to west of the Kingdom showed their support through classes, a martial arts exhibition and fun fitness challenges. There was also a fun zone with carnival games to keep the lighthearted entertained. While art and photography exhibitions and Studio Lucha were the perfect hubs for purveyors of creativity.

In addition, mobile screening programs were made available on-site through the Ministry of Health. The Awareness Zone featured over a dozen charity organizations and hospitals. 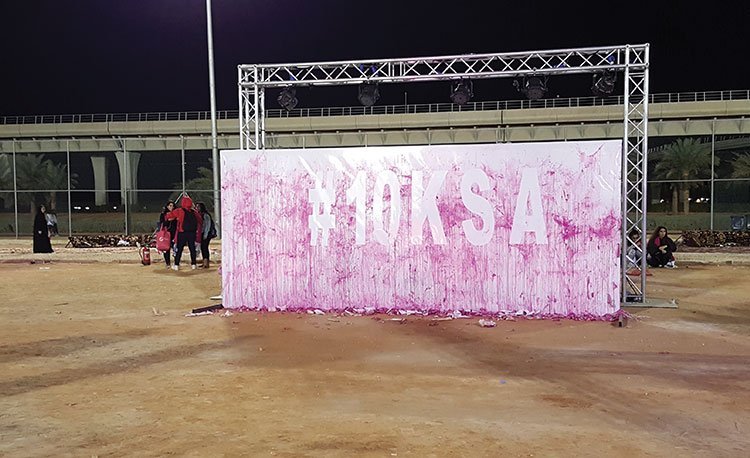 It was a glorious day not just for the organizers of 10KSA whose months of preparation led to this successful event or the 8,264 people who decided to show up and be part of history. 10KSA is a win for all women in Saudi Arabia and the world; a testament to what we can achieve when we focus on the things that bind us rather than those that separate us.