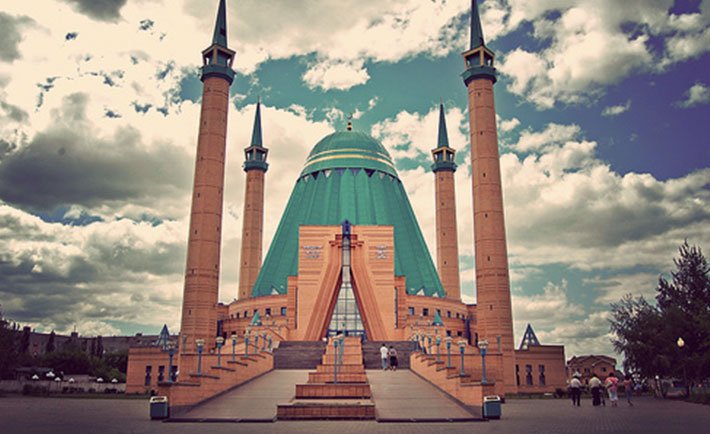 Historically, mosques have served a multi-purpose function in Muslim communities around the world. They are places of worship, places of learning, and places of social congregation and celebration.

Today mosques can be found all over the world – from the icy lands of Inuvik in Canadian Arctic, to the South Australian outback where the remains of the oldest mosque in Australia are situated near Maree.

1. The Grand Mosque of Damascus – Syria 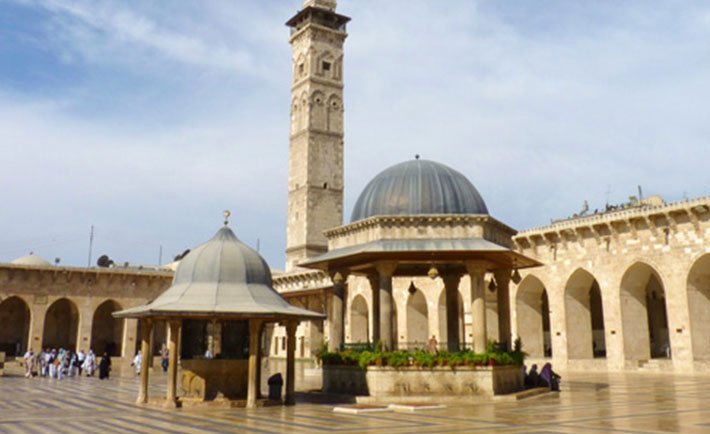 The Grand Mosque of Damascus a.k.a Umayyad Mosque, was built by the Umayyad Caliph Walid ibn Abd Al-Malik and is the earliest surviving stone mosque in the world. It is believed to be the first monumental work of architecture in Islamic history. What’s noteworthy here is that it continues to be the largest mosque in Syria, despite being constructed close to 1300 years ago. 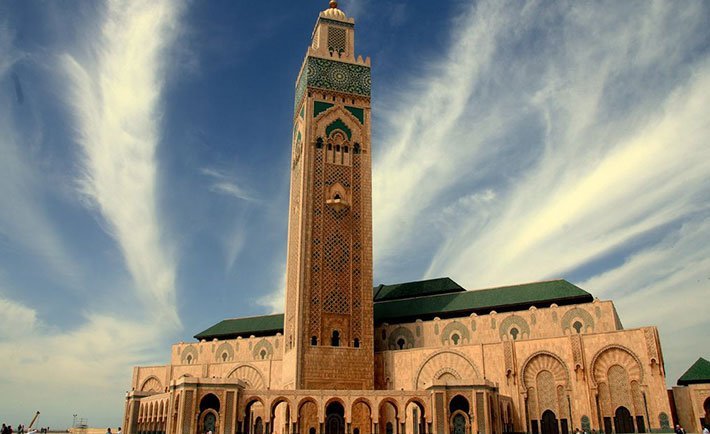 The Hassan II Mosque in Casablanca, built to commemorate the 60th birthday of former Moroccan King Hassan II in 1989, is the largest religious building in Africa, which can accommodate over 100,000 worshippers in its grounds. The 210 meter minaret is the tallest in the world and is visible day and night for miles around.  Designed by the French architect Michel Pinseau, the mosque stands on a promontory looking out to the Atlantic; almost half of the surface of the mosque lies over the Atlantic Ocean, which is visible through the glass floor.

3. The Niujie Mosque in Beijing – China 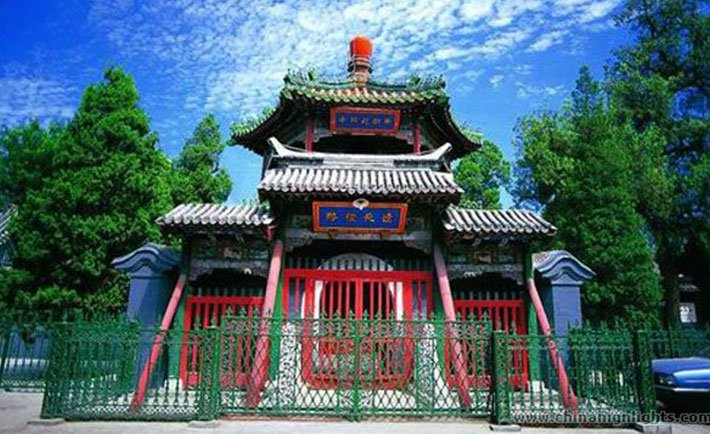 The Niujie Mosque in Beijing is more than a thousand years old and covers an area measuring nearly 10,000 sq. meters. Outside the prayer area is the ‘Watching Moon Tower,’ a magnificent hexagonal two-storied pagoda painted in red, blue and green. It was used by the imam to sight the crescent moon in order to determine the start of Ramadan.

4. The Great Mosque of Kairouan – Tunisia 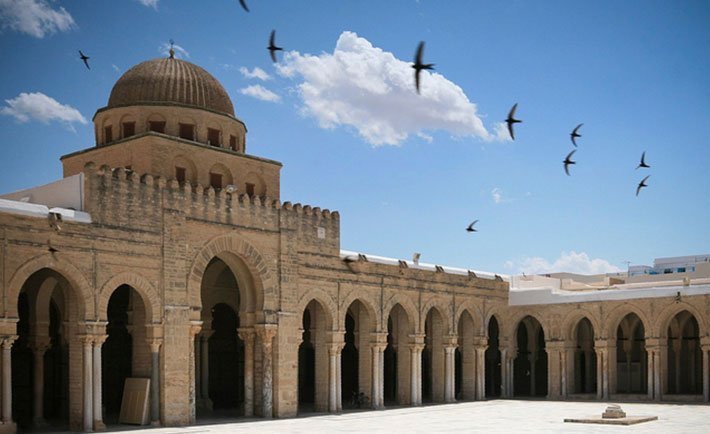 The Great Mosque of Kairouan a.k.a Sidi Oqba Mosque, had simple beginnings in 670 AD, during the time of Uqba ibn Nafi, the original founder of the city of Kairouan in Tunisia. It is a masterpiece of both architecture and Islamic art and served as a model for later mosques in the entire Maghreb region in North Africa. 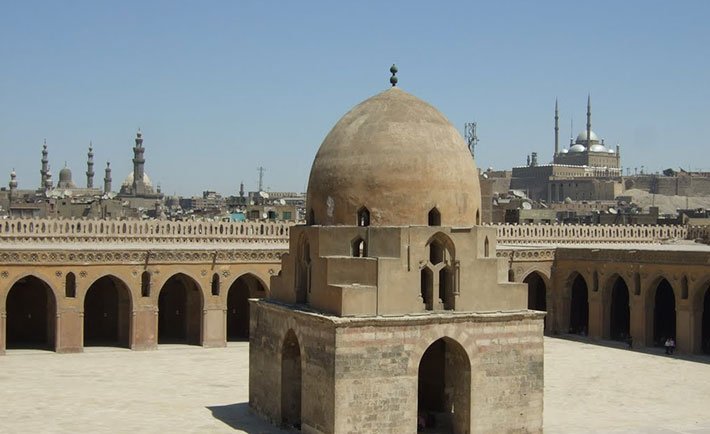 This mosque in Cairo is believed to be the oldest mosque in the city surviving in its original form and is the largest mosque in Cairo in terms of land area. Ahmed Ibn Tulun, who was the son of a slave but later rose through ranks and became the governor of the region, constructed it.

6. The Great Mosque Of Djenné – Mali 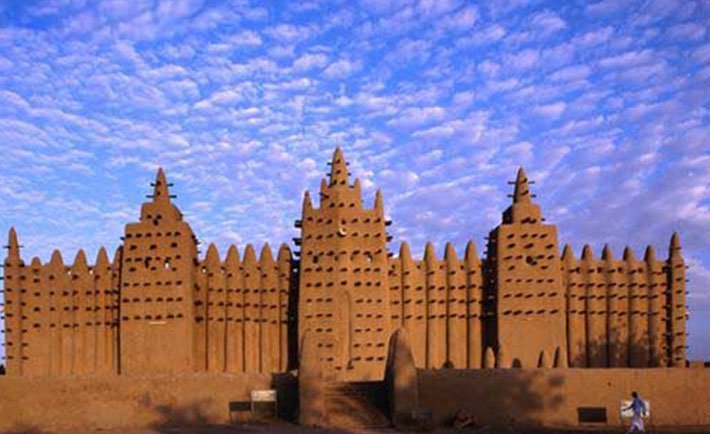 The first mosque on the site of the Great Mosque of Djenné (or the mud mosque) in Mali was built around the 13th century, but the current structure dates from 1907. As well as being the center of the community of Djenné, it is one of the most famous landmarks in Africa. The mosque is the largest mud brick or adobe building in the world. The ‘Old Towns of Djenné,’ which encompasses the mosque, was designated a World Heritage Site by UNESCO in 1988. 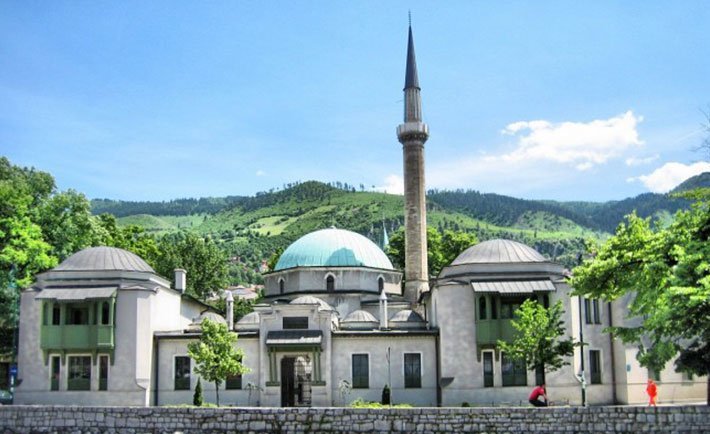 Built in 1531, it is one of the largest and most beautiful mosques in Europe. What’s special here is that due to the stalactite ornamentation under the dome, polychromatic decoration and light effects through the 51 windows, it produces a greater sense of space than there is in reality. Apparently, it is also the first mosque in the world to receive electricity and electric illumination in 1898. 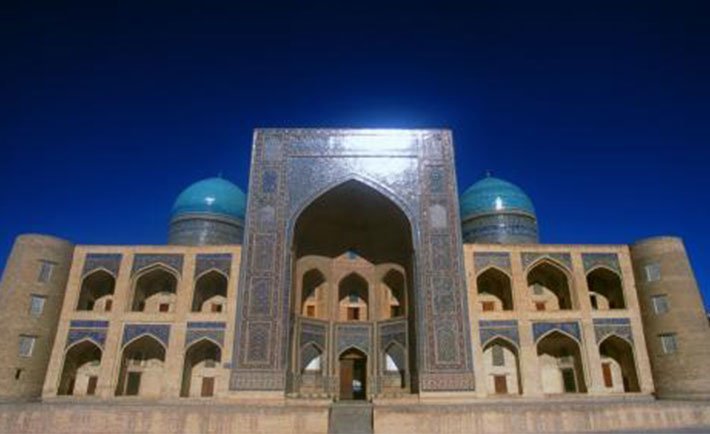 The Karakhanid ruler Arslan Khan built the mosque in the year 1127. Kalyan in Tajik means “great.” At the time the mosque was built, the minaret was probably the tallest building in Central Asia. In addition to its main purpose as a minaret, the Kalon Minaret served as a watchtower and a guide to approaching caravans on the Silk Route. It is even reported that when Genghis Khan conquered the city he was so impressed by the minaret that he spared it, he did destroy the entire premises though. Another interesting fact about the minaret is that in around 880 years of existence it has never needed any structural repairs. 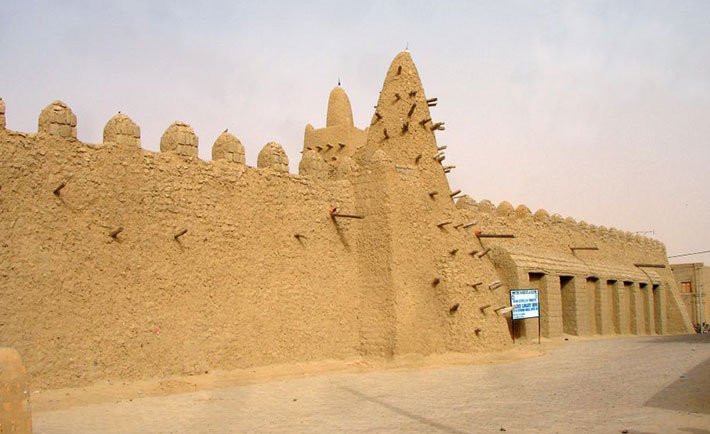 The Djinguereber Mosque in Timbuktu was built in 1325 and housed what was then the largest library in the world. It was also part of the celebrated University of Timbaktu. 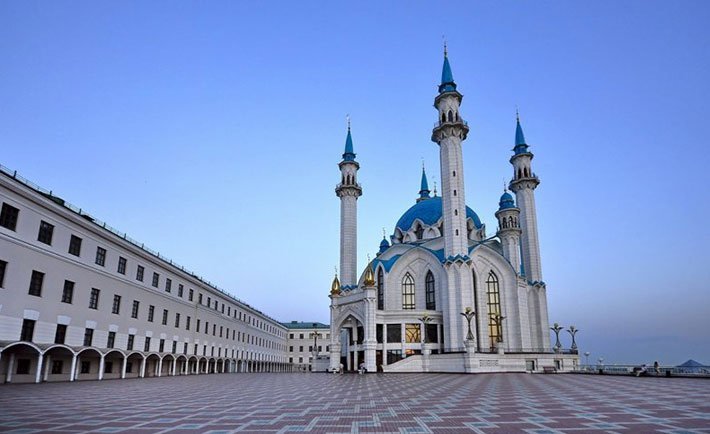 The Qol Sharif mosque, in Kazan is the largest mosque in Russia. It opened on June 24, 2005 as part of the festivities marking the city’s 1,000th anniversary in the presence of leaders of the Islamic world. The white-and-blue mosque is built on the site where the old Qol Sharif Mosque once stood. The latter was destroyed along with hundreds of other mosques in the region after the Russian conquest of Kazan in 1552.

11. The Mosque of Sultan Ahmed in Istanbul – Turkey 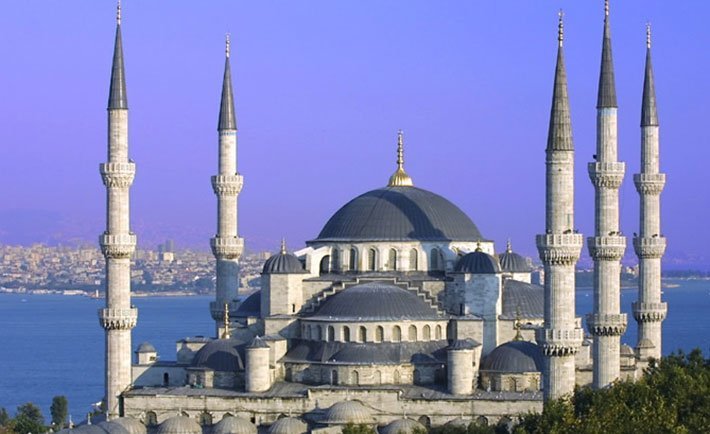 It is noted for its predominantly blue Iznik tilework – hence its name ‘The Blue Mosque.” This imperial mosque is known to be the epitome of Ottoman architecture. The gargantuan complex in which the mosque stands also includes madressas, the sultan’s chamber, shops of tradesmen, a hamam (public bath), a public fountain, a mausoleum, a hospital, a soup kitchen and a primary school.

12. The Memorial Mosque in Canton – China 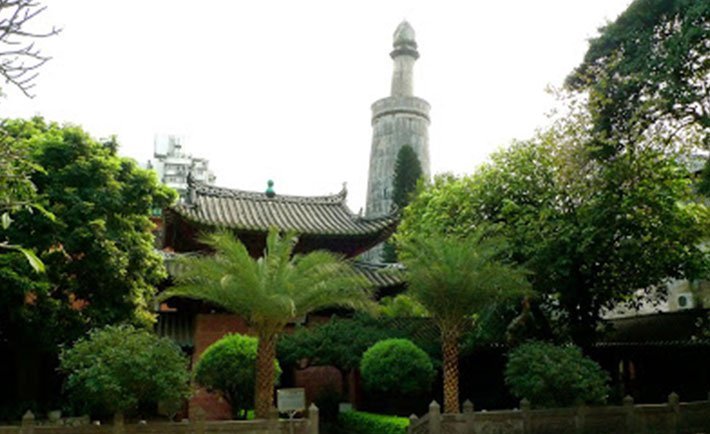 The Memorial Mosque in Canton, thought to be the oldest mosque in China, has the earliest freestanding minaret in the country. The mosque complex covers an area of about 3,000 square meters and stretches along the north-south axis, in the Chinese fashion.  Also known as the Lighthouse Mosque, its minaret is 36 feet tall with a pointed tip. The building used to serve as a beacon for boats, which is how it got its alternative name.