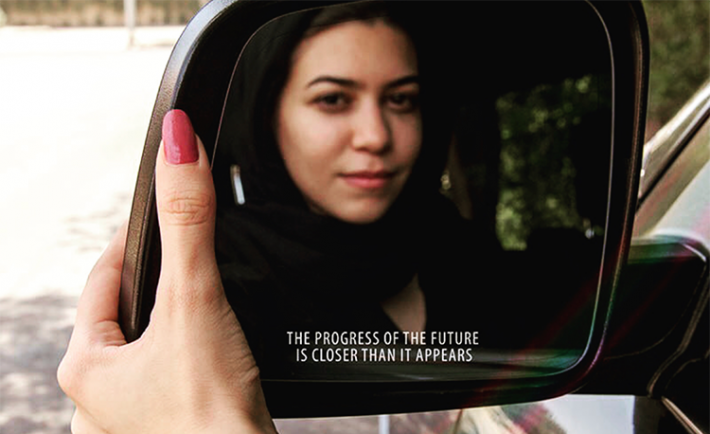 Not even waiting for daybreak today, women in Saudi took the wheel in the early hours past midnight, driving in cities across the Kingdom.

As the clock ticked past midnight earlier, scores of women drivers, armed with their new Saudi driving licenses, drove along busy Tahlia and other streets in the capital Riyadh.
The long-awaited shift in policy means that millions of women will have the right to get behind the wheel. According to the General Department of Traffic’s Director, Major General Mohammed Al Bassami, all preparations for women in Saudi Arabia to start driving have been completed.

The historic decision in September 2017 by King Salman bin Abdulaziz to allow women to drive starting today, June 24 has won praise around the world. The decision is in line with the Vision 2030 blueprint for the future, spearheaded by Crown Prince Mohammed bin Salman. Women’s empowerment is an important element in Vision 2030 and the future of Saudi Arabia. Women’s leadership is one of the most important elements allowing them to become a key element in Saudi social and economic life.

Scores of women took driving lessons at a number of driving schools around the Kingdom, including Princess Noura University in Riyadh. Over the weekend, a number of community-oriented events in Riyadh, Dammam, Jeddah, and Tabuk took place as part of several events being held in the lead-up to the lifting of the ban on women driving. The events, held with the participation of government and civic organizations, aimed to raise awareness of safe driving habits and how best to use the road safely, and provide an introduction to traffic laws. The events are under the supervision of the General Department of Traffic.

A ceremony honoring 40 new female graduates trained for traffic accident investigation and management took place June 21 in Riyadh. The Saudi General Directorate of Traffic and Najm Insurance Services celebrated the graduation of the first class of women investigators in the lead-up to women taking the wheel.