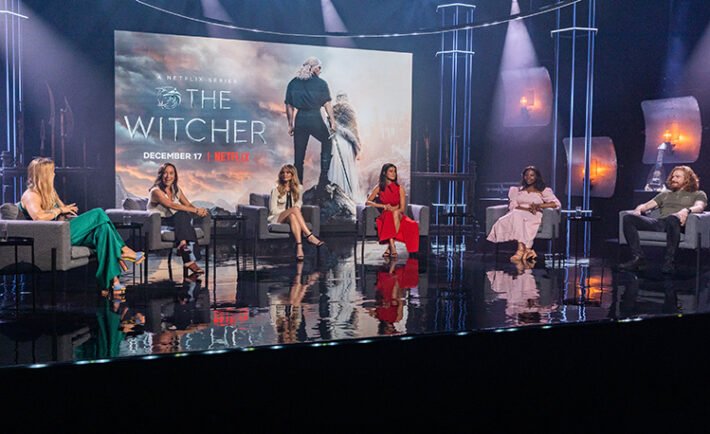 As well as panels, the event included special short-form content, musical interludes, and a host of exclusive surprises and never-before-seen insights from The Witcher live-action series and forthcoming anime feature. 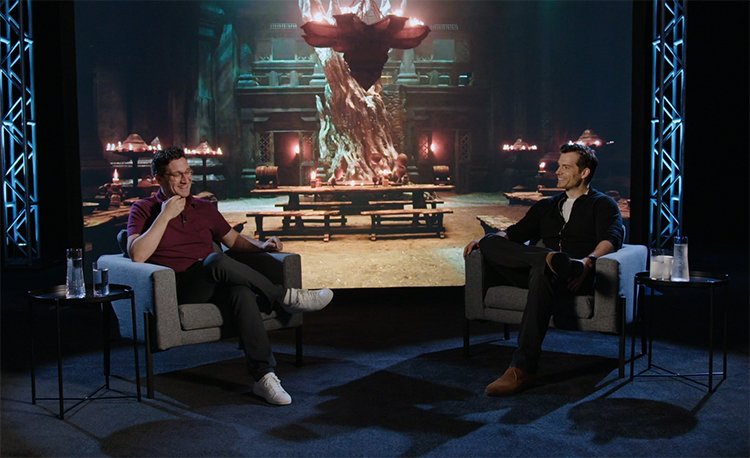 Lauren Schmidt Hissrich on the relationship between Geralt and Ciri:

“At the end of Season 1, we have what I think is one of the sorts of most emotional scenes that we’ve done, which is Geralt and Ciri finding each other after they’ve both been searching all season… And it seems like we’ve got a father figure and daughter figure, and everything’s going to be perfect at that point, except for they’ve never met. And so it was really fun to start Season 2 thinking about, well, they’re not a family yet. How do they grow to be one? What do you do if you are a person like Geralt, who has sworn he doesn’t need anyone in the world whatsoever? And then he’s presented with a girl who is now solely in his care. And we have Ciri, who’s used to being under the care of people but has basically been running from everyone for an entire season and now being told that this person is going to take care of you. And so it was really fun to start Season 2 kind of them a little uncertain about how to be with each other, and they have to really grow into that. We wanted to make sure that felt like an authentic relationship, that they weren’t just bonded at the very beginning.” 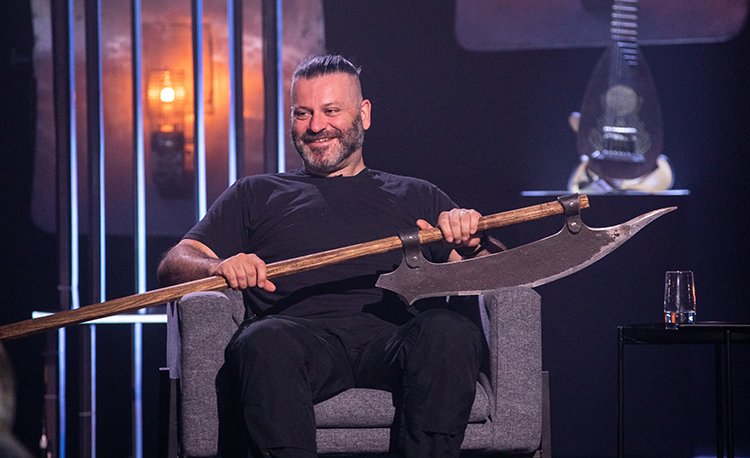 Freya Allan on if we are going to see Ciri in training sequences this season:

“[Training] was one of the things I was most excited about for Season 2 because I love doing all that. I love the stunt department. We have the best people involved, and they’re so much fun and get the best out of you. But yes, Ciri begins training and it actually becomes one of her main kinds of drives. She’s very determined, and she really wants to become a great fighter and become a Witcher.” 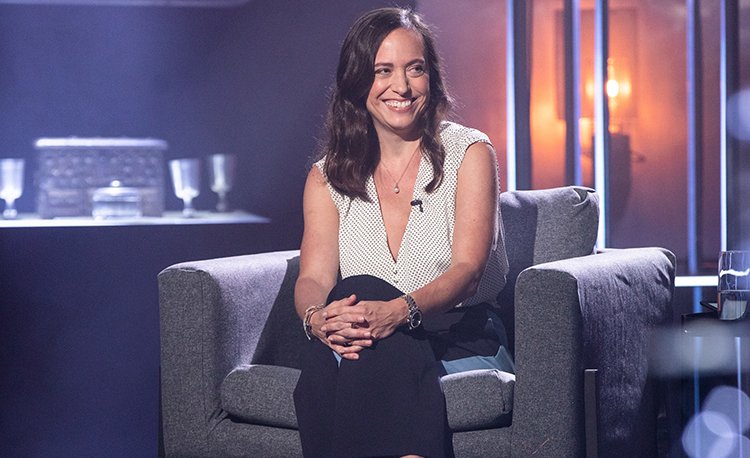 Anya Chalotra on her favorite things about her character Yennefer:

“I’d have to say, where there’s a will, there’s a way with her. She is a survivor, and I love that about her. That would be my favorite. But there are lots, there are many traits I love. We’ve become quite similar. We form each other, I think.”

Henry Cavill on the journey of his character Geralt of Rivia:

“I played the Season One way deliberately, which was him out in the wilds and without the opportunity for vast swathes of dialogue. I thought it best to be the man who says less because that seems like he’s thinking more. And that was the intention with that. But once you get into a scenario with Cirilla, and the Witchers and his home space and with those people who he already knows, I was of the opinion that you had to let him be verbose and be philosophical and speak more and be intellectual, because that’s what he is. He’s not just a big old white-haired brute.” 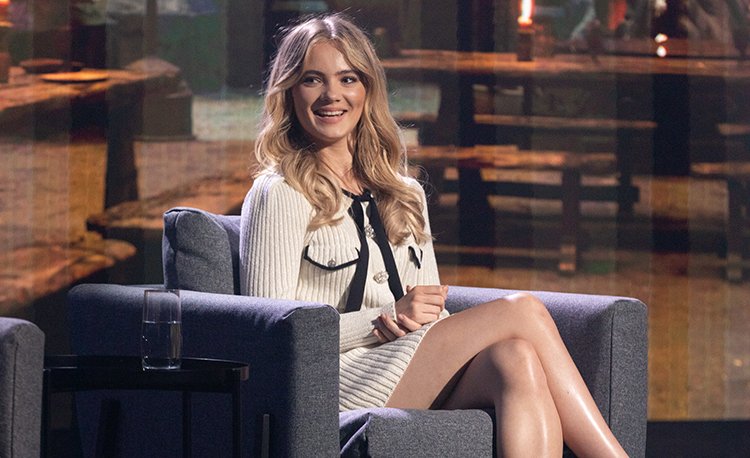 “There are so many characters that we’re introducing in Season 2. We are getting to see Dijkstra for the first time and sort of the Redanian Kingdoms. I know a lot of fans are excited to meet Philippa for the first time, Codringher and Fenn, Rience, Nenneke. There are so many, but I would have to say Vesemir is the one I’m looking most forward to our audience meeting. Vesemir is so integral to the story that we’re telling this season. Obviously, we’re returning to Kaer Morhen for the first time, and in a season that is about Geralt becoming a father to Ciri, it felt so important to meet who his father figure was. And you end up with this multigenerational story because Vesemir and Ciri have a story as well, and it does start to feel like, “Oh, all of these people are meant to be interacting and learning from each other and fighting with each other,”

The 3-hour virtual event announced the following news and sneak peeks from the Netflix Witcher Franchise:

The Witcher’s Yennefer of Vengerberg and Princess Cirilla of Cintra experienced extraordinary changes and challenges in Season 1, but their evolution is only just beginning. Actors Anya Chalotra and Freya Allan look back at their characters’ journeys so far and preview what’s in store for Season 2

Throughout its many portrayals in the games and on-screen, Kaer Morhen has long been the sanctuary of Geralt and his witcher brothers; but what’s the history behind this ancient castle and its place in witcher mythology? Here’s everything you need to know about the beloved home of the Wolf School!

It takes a village to build the Continent. Meet the talented production crew who are responsible for bringing The Witcher to life behind the scenes, as they share their insights into their eclectic and sometimes surprising jobs.

Asset description: Master Armourer Nick Jeffries takes us behind the scenes of the armoury department and some key weapons of the series.

Asset Description: A very entertaining behind-the-scenes insight from the people in green behind the new and favorite monsters of The Witcher, from Matt Fraser and Dan Gregory.

Asset description: A fascinating look at the intricate costume detail found in the depth of a stare, from lens technician Ashruti Patel