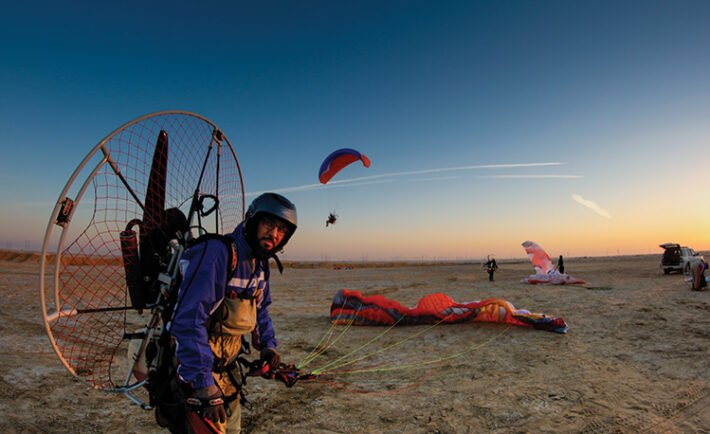 At this point, you’ve surveyed Saudi Arabia’s highest peaks, experienced the crisp winter air of our deserts, and gotten yourself a bit of urban season cheers. Now we’re taking you to the places in Saudi that showcases its touristic versatility. In the Kingdom, you can experience farwa and hinaini nights in Riyadh then head to Jazan for a day at the beach– in January.

The Eastern Province is the largest region in the country, it consists of a tri-city (Dammam, Khobar, and Dhahran) alongside some important industrial areas, and is considered to be one of the essential links of Saudi Arabia to the rest of the gulf.

While one can expect the temperatures to still dip low in the evenings and early mornings, most winter days feel more mild-weathered compared to other regions.

Enough so that you can indulge in waterfront activities like fishing and boat riding any time of the year.

A Tale of Three Cities 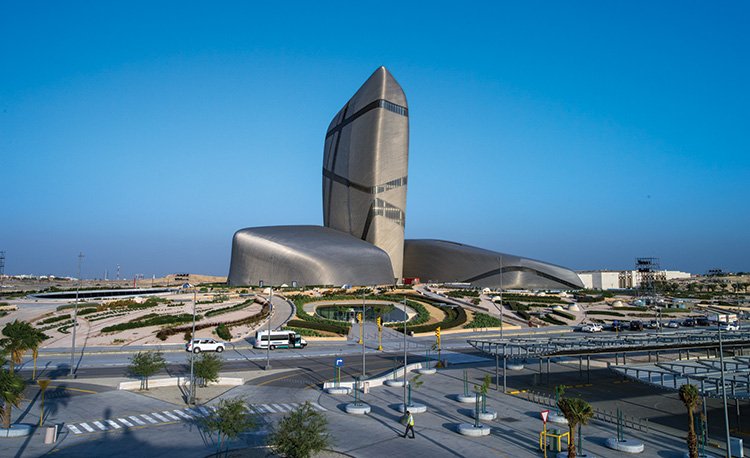 Ithra is a cultural mothership with everything from museums to art exhibitions to cinemas and an unlimited amount of knowledge to enrich your mind. 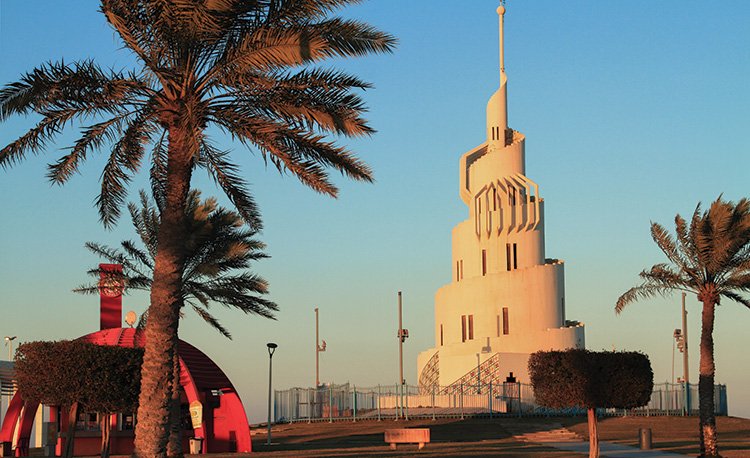 Go boating through the breeze of the winter to see this man made island with its beautiful parks.

From children’s playgrounds to interactive dancing fountains (which are some of the biggest in the world) and even a historical village, this park is a must stop while visiting Al Hofuf.

A section of the park showcases local food vendors, here you might be able to sample homemade traditional eastern province specialties like tharied, makbos and hassawi bread. 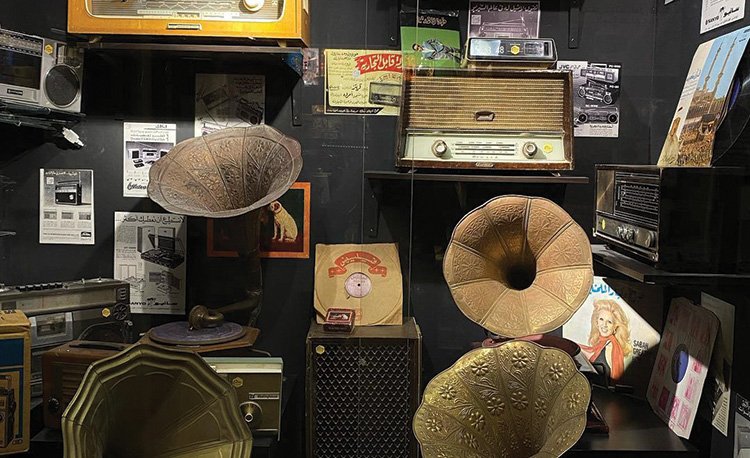 Warm-up from the cold weather and take a trip back in time in this museum. Explore retro items and take a breezy walk in their beautiful park. 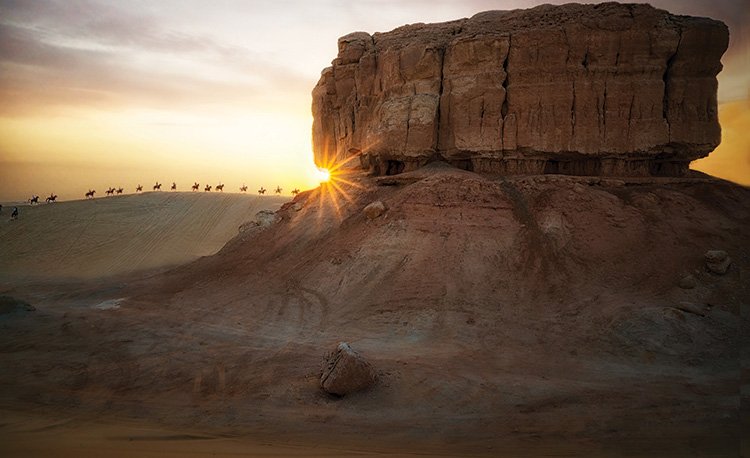 A Day at Marvellous Al Ahsa

As you drive away from the charming coastal cities, you are greeted by the beautiful Oasis of Al Ahsa, which was recently conferred with a Guinness World Record for the largest self-contained oasis in the world.

This geographical marvel has canals, gardens, and historical sights that are perfect for your next trip to the east side. Al Ahsa is the largest governorate in the Eastern Province, with many natural wonders and adventures from the vast ocean of sand in the desert to horse riding and to stirring historical sights. 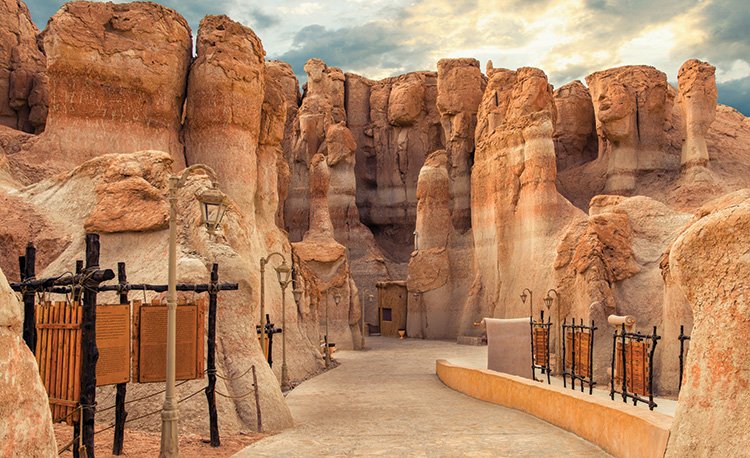 Located in Al Qarah hill in the Al Ahsa, in-between At Tuwaitheer village and Al Qarah village. Formed by limestone, the mountain gives it a distinct off-white hue, along with caves, nooks, and crannies zigzag through the rocks that you must explore.

DKSA Tip
Street side local coffee vendors can be found peppered along the routes leading to the caves.

Did you know?
Hassawi’s rare red rice is one of the most expensive grains in the world. Locals claim it has medicinal properties that help your bones. Don’t forget to try it on your trip there. 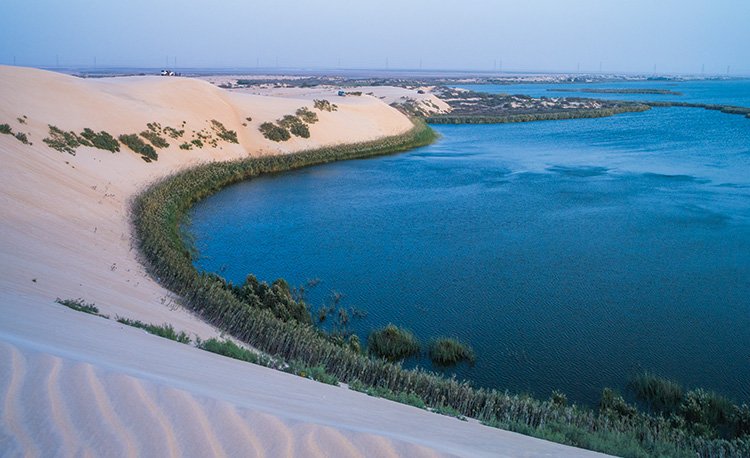 Located about 13 km east of Al Ahsa, Al Asfar is the perfect contrast to the surrounding sands. This lake is the perfect spot to head out with your picnic basket (packed with your favorite treats) and chill next to the clear waters, which serve as an important stop for countless migratory birds during winter.

Al Ahsa Oasis is known to be one of the earliest human settlements in the peninsula. Not a surprise given its fertile topography and abundant water resources– making it an ideal habitat for prehistoric dwellers. Today, it makes up 20% of Saudi Arabia’s agricultural land, and home to the largest date palm oasis in the world. For nature lovers, who wish to travel in the footsteps of nomads, this is a must visit. 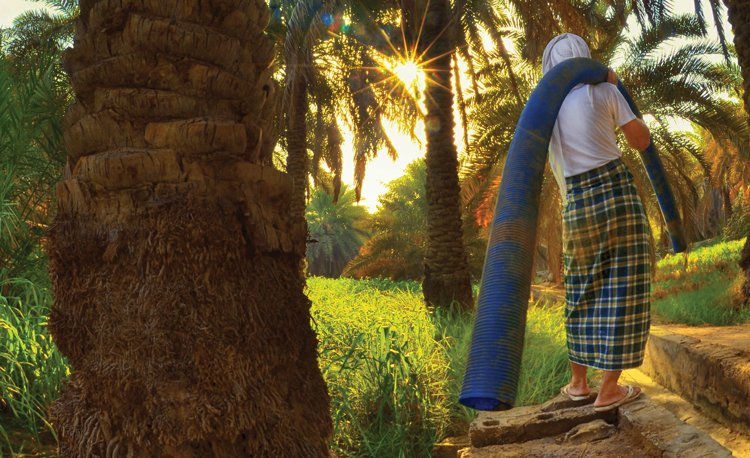 Immerse Yourself into the local history

• Al Ahsa National Museum
Is a perfect way to dive into the history of this region, with artifacts depicting the stories of the past narrating all that the region has to say from the Stone Age to the Assyrian Era.

• Ad Dahna Desert
The vast desert of the east that connects Al Nufud desert in the north to Rub’ Al Khali desert in the south. The chilly breeze that carries the desert campfire makes this place a perfect destination to explore during your visit to Al Ahsa.

• Experience an Equestrian Adventure
Gallop through the expansive desert while feeling the wind of the winter across your hair in this special experience in Al Ahsa Equestrian Club.

Must Try
Al Ahsa is a region dominated by palm trees, resulting in many beautiful traditional products like Sa’af and Khasoof, which you can find in Souq Al Qaisariya.