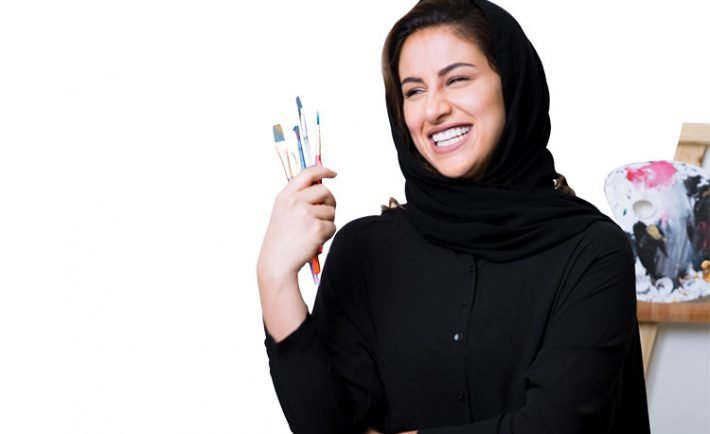 Hiba Sultan is an artist, though she is more than reluctant to call herself that. “I don’t feel I’m there yet,” she explains while somewhere thousands of miles away her work is being exhibited by prestigious galleries.

Sultan was always surrounded by art. Her mother was an avid fan of art and had a fondness for it. Her father, a fighter jet pilot, loved sketching planes and engines. So, it’s no surprise that Sultan inherited that fondness as well.

What initially was a hobby was about to change when she was approached to sign up to bring New Haven Arts school to Riyadh to help them get their degree. Up until that point, she hadn’t considered art as a viable career choice. When the chance presented itself, she answered in the only way fate would allow anyone to, “why not?” 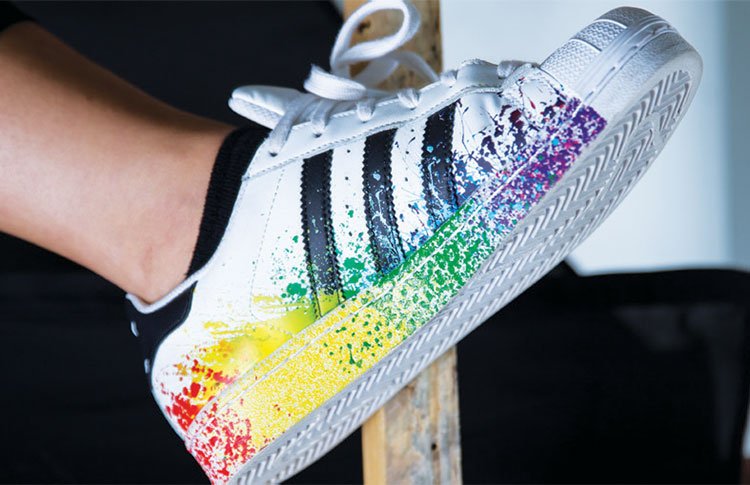 So how did she pop up on the world’s radar? Instagram. Hiba Sultan has a public account with a small following (a little over 500 as of this article) where she posts random things along with her work.

Earlier this year, she received a private message from an exhibition in Japan asking her to display her work. Until that point, she had never exhibited internationally. Her mother pushed her to cross the threshold with one of the best possible combinations of two words: “Why not?”

Aside from exhibiting in Tokyo, Miami, and (in March) New York, one of Sultan’s favorite accomplishments is being a featured artist at London’s Walton Fine Arts gallery because her serendipitous journey there. 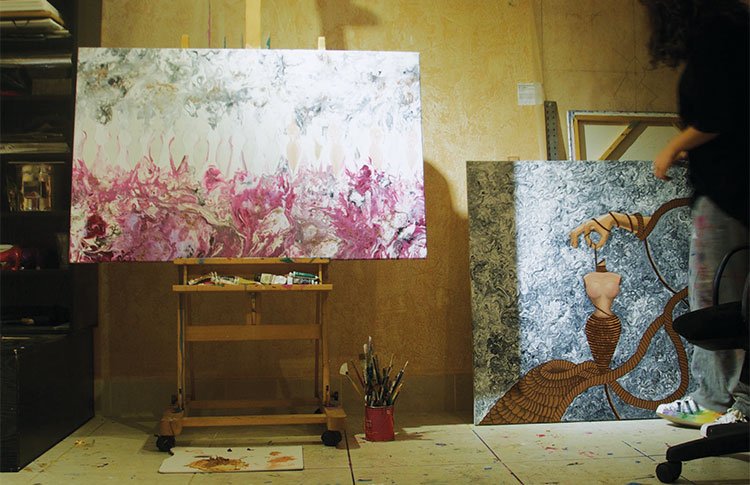 She left the gallery feeling demoralized and embarrassed, but still followed their account on Instagram. She then received an email from the gallery asking if they could carry her work. She triumphantly returned to the gallery the next day, approached the representative and asked if he remembered telling her how hard it was, and then told him that they had approached her.

Despite her passion, success, and persistence she still doesn’t call herself an artist. Part of her hesitancy is attached to the general skepticism that is inherent in our culture. See, Sultan is mostly an abstract artist, “I don’t see the appeal of copying something that already exists, I want to reinterpret it.” And as an abstract artist, she has had to endure callused remarks like “You put some paint on your fingers and wiped it on the board and now your call yourself an artist?” She still struggles with finding her place in the Saudi art scene, “There isn’t really a place for emerging artists here. You’ve got to be a big deal or there is no deal.”