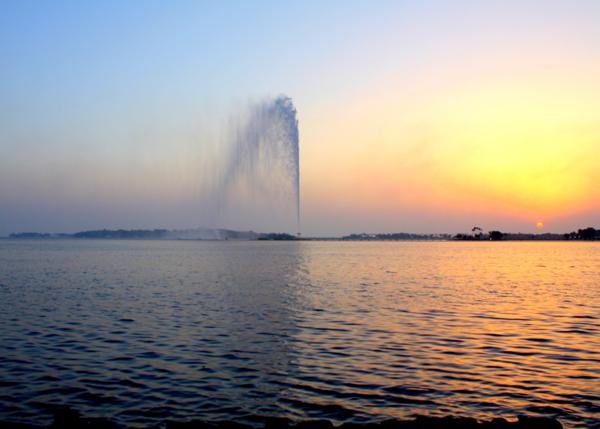 Visitors to Jeddah, especially first-timers, will find life much easier once they understand the customs behind everyday socializing and how that translates into everyday encounters. For example, upon meeting a Saudi couple in a social setting, do you shake hands or embrace both of them? Why are their last names different if they’re married? Should you follow the host or the hostess upon entering their home? Confused yet? Relax…DJ is here to help.

Amongst Saudis, men will shake hands with each other; hugs and kisses may be shared between good friends or relatives. Women follow a similar pattern, however physical contact, including shaking hands, between men and women who are not related to each other is rare. Ritualized verbal greetings will follow – questions about each other’s families, children, relatives etc. will be asked and answered. Only then does the actual conversation begin.

People who are not comfortable shaking hands with the opposite gender will politely place their hand over their heart as a greeting instead. If the handshake you receive when leaving somebody is longer than the one you received when meeting him, it indicates that you’ve made a good impression.(Generally true, but DJ doesn’t want to mislead people or turn every handshake into a competition! Enthusiastic handshakes may signal friendship…or they may simply be a sign of an enthusiastic greeter – DON’T be offended if you don’t get the long handshake!)

Lineage and tribal affiliations are extremely important in Saudi society. Although the society is changing, it remains patriarchal in the sense that men are the primary breadwinners, however, women are increasingly working outside the home if they desire to do so. Upon marriage, women retain their maiden name as a sign of their descent from their father’s line. Children will take their father’s name, thus identifying themselves through their father’s family tribe.

It’s common for Saudis to have a given name, followed by their father’s name, followed by their tribe/clan name. For example, a man might be called Abdullah bin Abdul Aziz Al-Jishi. Abdullah is his given name and he’s the son (bin) of Abdul Aziz; Al-Jishi is the family or tribal name. Amongst women, the custom is the same, except the the term ‘bint’ is used to refer to daughters. However, most residents of Jeddah are proud Hejazis who don’t necessarily track their tribal lineage in quite the same manner as the rest of Saudi Arabia. Their surnames may be a reflection of their occupation or region of origin, an interesting side note in the story of Arab traditions.

If you’re invited, go! Saudi custom dictates extreme hospitality towards the guest, to the extent that a visitor is offered the best of what the host has in his possession! If you are lucky enough to be invited into a private home, you’re in for a treat as you will be lavished with food and drink, so partake a little of everything. Traditional Saudi homes will have separate reception rooms for the men and women; the men’s hall is called a majlis. It’s customary for men to gather at friend’s houses in the evenings to discuss current current events, literature, and social issues in this informal setting. Follow the lead of your host and others around you. You will definitely be offered tea/coffee, sweets, or dates numerous times throughout the evening.

In Jeddah, most homes will have a large living room where entertaining takes place – gender segregation is not as prevalent as it is in other cities in Saudi Arabia due to the cosmopolitan nature of the population. However, traditionally, furniture may be arranged around the perimeter of the room, or long, low cushions may be placed on the ground in lieu of sofas and chairs. Make yourself comfortable and enjoy the experience!

As in most cultures, it’s always a good idea to take a small gift for your host. Whether it’s business, personal, formal or informal – no matter what the event – a token of appreciation for the invitation is always welcome. Presents can range from a simple floral bouquet to a box of chocolates/bag of nuts to a crystal vase; everyone loves to receive a gift. You may also want to ask your host about the timings of the event as dinners may begin and end much later than you’re accustomed to. Jeddahwis are cultured and easy-going hosts – take every opportunity to mix socially with them in order to enhance your overseas experience, you won’t regret it.

Do you have a ‘Settling In’ adventure to share with our readers? Help newcomers avoid the faux-pas that you’ve made as they adjust to life in Jeddah. Language barriers, rules of the road, cultural missteps…they’re all funny in retrospect. Write your stories in the comments box below.