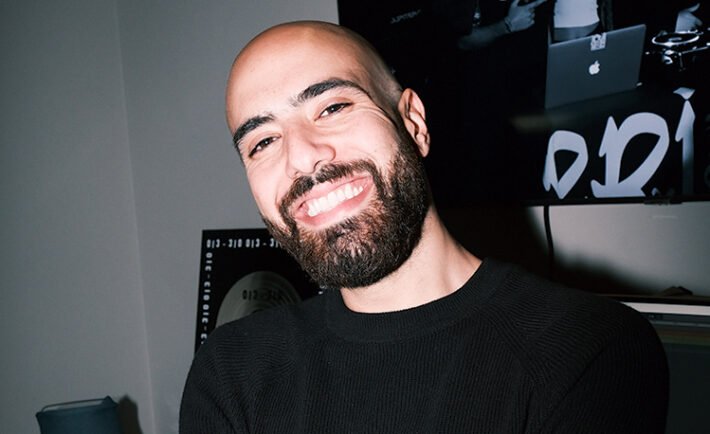 Saud Al Turki is a music producer and founder of Brij Entertainment, a record label based between Riyadh and Los Angeles. Born and raised in Saudi, Al Turki went to Los Angeles for college, where his musical journey began. After finishing everything he needed to do in LA, he returned and worked in a Saudi oil and gas company and made music on the side. Brij Entertainment was first born as a platform for Al Turki to release his music, “I just wanted to look legit in the music industry.” After a while, he focused on the label’s provision and growth to understand how to contribute to the up-and-coming ecosystem.

Brij slowly shifted towards working with and representing the right artists in Saudi to help them understand music and the music industry as a whole. Al Turki explains, “there’s a lot of like-minded people out here, and I felt like it was our responsibility more than anything to help them grow; we should show them the way.” Al Turki is passionate about exporting his culture, bridging the cultural gaps, and breaking the various misconceptions about Saudis through the art of music.

It is the language that transcends all barriers. Al Turki believes that because of the governmental support the entertainment industry is receiving, the music industry in Saudi is bound to have exponential growth and the involvement of multimillion-dollar international companies, “the Spotify’s and Apple Music of the world,” according to Al Turki. He wants to differentiate Brij from the others and stay true to the artists they represent. According to Al Turki, the main objective at Brij is to be involved in the growing ecosystem, help build it with the artists, and ensure the Saudi artists are taken care of. Moreover, they believe that if any local artist makes the international charts and reaches global recognition, it will create a snowball effect, giving room for many others to follow.

According to Al Turki, in today’s world, the best way for artists to make money is through ticket sales rather than streams. Artists became brands that required their promotion, marketing, and much more. They have to become natural marketers. “The role of the label company back in the day was to plug the radio, to pay for marketing, and make sure artists sell albums. Cool. But nowadays, it’s more about strategizing every move.”

“We felt the best way to do it is to stick to being a boutique record label company. We don’t bite more than we can chew. And that’s the most important thing. We’re not just going to throw money into an artist, and that’s it; we want to hone the creativity of the artists as well as support them in all aspects of the music business.”

To strategize their approach in the music industry, artists should understand their analytics (who, when, where, and how often) buying their concert tickets and study their audience demographics to maximize attendance at their concerts. “You have to know the demographic because the GenZ is the main demographic an artist needs to keep an eye on; they are the people dragging their parents and friends to concerts and buying the merch.”

He further discusses the importance of the data provided by streaming services such as Spotify and Apple music, informing you about where the records are being played and how often. This will allow artists to adjust their music to push their tunes further.

He adds that people’s attention span has changed in the last few years. This shifted the way people make and consume music. Records are no longer three to four minutes long, and artists begin their songs with the catchiest part of the record right away “because it’s a TikTok world; if you don’t catch my attention in the first three seconds, I’m skipping.” When distributing records, there’s a section called “Tik Tok timestamp,” where even if the record is not that great, a 10 seconds cutout can trend on TikTok and turn it into a “hit record.” Our last topic of discussion revolved around the music industry of Saudi as a whole and its issues. He argues that it’s still early to call it an industry due to the lack of performance rights organizations and artists not being able to register their music to collect royalties.

Finally, when asked about the industry’s future, he argued that a few artists in the hip-hop community could transcend borders. Still, the fan base here would rather listen to international artists instead. When compared to other countries in the Arab world, people support their local talents by listening to their music and allowing them to reach the top charts. Whereas in Saudi, the top charts are always international artists.

In conclusion, we can understand the modern ways the music industry functions globally and in the kingdom through Saud. There’s a lot to do, and we still have a long way ahead, but it’s moving in the right direction. There will be more and more record labels giving local artists a chance to shine and represent their culture to the world. The future is bright.