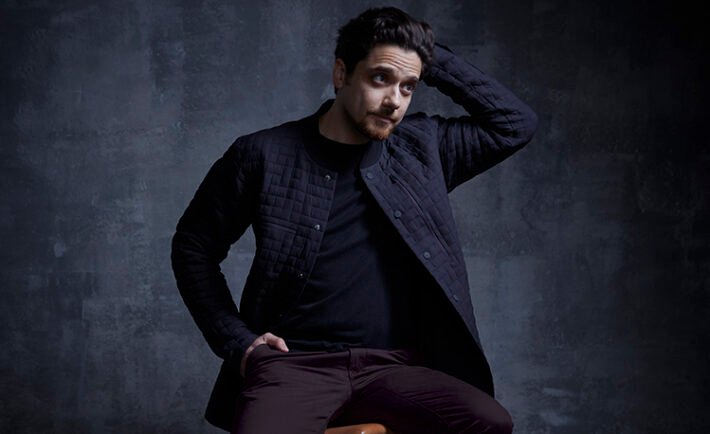 Director, writer, producer, and consultant on the side, Hamzah Jamjoom embodies all the elements of the film industry. He is the founder of three companies, a commercial house, a production company, and a fund dedicated to empowering Arab filmmakers to work in Hollywood. Hamzah Jamjoom is passionate about elevating the Saudi film industry and elevating it to an international standard. He grew up in Jeddah and moved to the U.S. for his animation and film production undergraduate studies, then taking his master’s in film writing and directing.

His first company was initiated while studying in the U.S. under Digital Hydra. They got to work with many international brands and were quickly recognized thanks to their animation and visual effects. Nevertheless, his passion still resided in making movies. After various attempts to create a film in Saudi, he stumbled upon an opportunity with the IMAX company and worked on a movie about the history of Saudi. It took them four years to shoot, and they faced a few challenges due to the lack of exposure in the country back then to movie production.

After putting his name out there, Hamzah had many opportunities. He then focused more on serving the Saudi film and TV industry. He launched the Ascending Media fund to empower Saudi directors and writers to get opportunities they wouldn’t get otherwise. He shared, “one of the things I am dedicated to is elevating the quality of Saudi filmmakers and actors. It’s the reason I launched the fund. Part of the mandate we have in the investment is you have to use Saudi crew members and cast.”

Through the fund, Hamzah was able to make six movies. His secret sauce in the success of the movies was to employ a hybrid model where both Saudi and American actors work together. He believes that creating a story that can travel outside the kingdom is one of the best ways to export your culture to the world. After a series of successes, Hamzah was approached by the MBC group for consulting and helping launch their new studio after getting support from the government. The main topics of discussion revolved around attracting Hollywood actors into their productions and supporting Saudi filmmakers.

It was one of the first movies to be shot entirely in Saudi Arabia. That was back in 2009. There was no attention to films. Even when we were working with the government, they didn’t know how to block streets, or how to film in Makkah, nobody knew, and we helped them.

After almost three years of consulting with them, MBC concluded that they needed to create commercially successful movies to raise the standard of production in Saudi. He directed the horror film Rupture, starring Billy Zane (known for his role as the main antagonist in the movie Titanic), alongside the two Saudi actors Sumaya Rida and Fayez Bin Jurys. It won the Audience Award at the Red Sea Film Festival. “I wanted to create something for the Saudi audience and set the bar very high, from the quality, the acting, and everything else. We achieved that even though it was a low-budget movie compared to the movies we financed through our fund,” Hamzah said.

He believes that one of the best ways to break the misconceptions about Saudi Arabia is to work with international names, and they will see how the crew members act and how they carry their culture and change perception. “In filmmaking, you will have to interact with other people, and if you carry your culture with you and be proud of it, you will clear more misconceptions about your society just by making the film. When you release it, it’s even double the reward.”

Hamzah Jamjoom is now working on more Saudi-centric movies based on true stories. He likes to find thrilling local stories that will leave you on edge. “I think that’s the beauty of our culture. We, as Arabs, like to tell each other stories and share dramatic experiences.” He wants to bridge the gap between Saudi and Hollywood and bring them here to shoot in the country’s beautiful, diverse landscapes, which can accommodate all types of movies. Finally, Hamzah mentioned the crucial elements missing in our industry and how it would elevate it drastically.

“When I’m asked about the industry’s status and what is missing, I always say movie critics and qualified producers. We need people that will understand the business side of making a movie. And on the other hand, critics raise the standard of productions, and people would fear not producing something within the standard set.”

We will see many featured Saudi movies in the Red Sea Film Festival, proving further the exponential growth of the Saudi cinema industry and the constant support it is receiving from governmental entities pushing Saudi creatives to express themselves through the many stories that could be shared with the world. We hope to see more Saudis making it to the top with movies and series features in global film festivals.