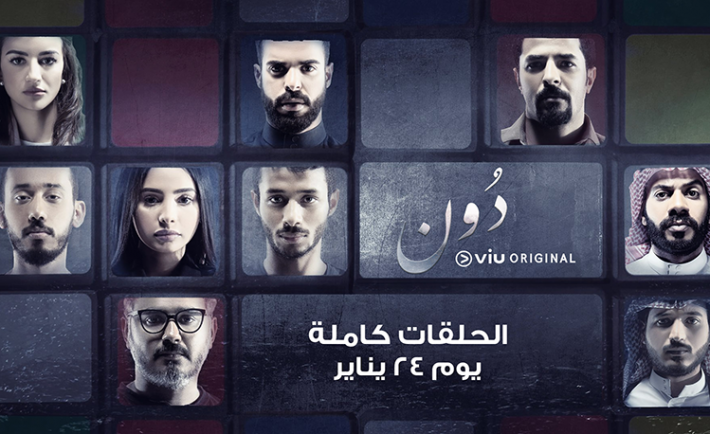 The first episode of Doon was unveiled at an exclusive event in Jeddah, attended by prominent members, performers and creators from the industry.

The story of Doon takes viewers on an enthralling journey of a poor young man who resorts to crime with the aim of saving his half-brother who is faced with a death penalty after being framed for murder. Taking justice into his own hands, he works with a talented team to prove his brother’s innocence and bring the truth to light. 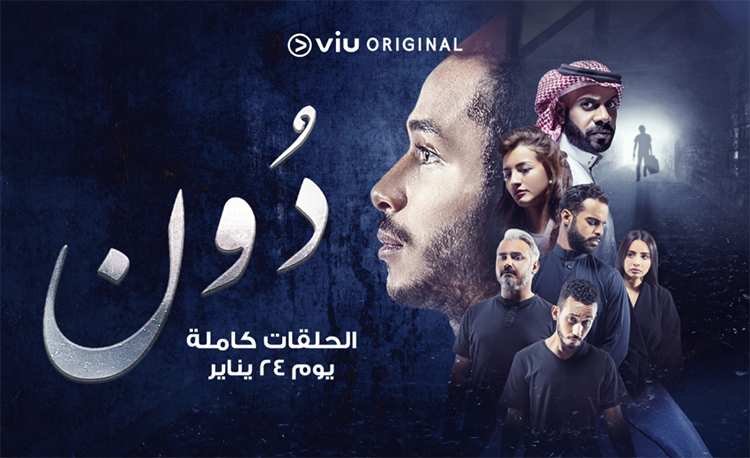 The show, a first of its kind in the Kingdom and available on Viu, required a creative powerhouse to bring the story to life at the high standard of storytelling that Viu Originals demand. In order to do so, Viu partnered with Millimeter Productions and Qubba Media for the series while also enlisting the help of script doctors to ensure compelling and engaging content for Viu’s core target audience, millennials and Gen-Z. Both companies along with the Viu team embarked on a six-month journey to work seamlessly in producing a format unique from other traditional Arabic shows resulting in ten 35-minute episodes packed with action, suspense, drama as well as comical instances.

The latest Original by Viu, will see a fresh young cast comprising of Azzam Al Namry in the lead and Naif Al-Thofairy who plays his half-brother. Bader Saleh, rap singer Ahmed Sadam AKA Al Young, actors Sara Al-Yafei, and Moayed Al-Thagafi, make up the dream team of friends and accomplices while Faisal Al-Dukhi plays the role of the antagonist.

Speaking at the event and about Doon, actor Azzam Al Namry said: “It is very exciting to be a part of a project that is packed with suspense, conspiracy, and drama. Video on demand has opened up new opportunities for the abundant youth talent in the region. It is truly a privilege to have worked with the team at Viu, the cast and crew, to bring this fascinating character to the screen.”

“We are extremely excited to introduce our audiences to yet another Saudi Original, Doon. With every Original in the Kingdom, we are trying to break the norm of traditional Saudi TV shows by commissioning shows that resonate with the younger Arab audience. We know there is high demand for Arabic out-of-the-box Originals that reflect the everyday lives of Arab society. The unique script of this show falls into our overall global strategy of producing distinctive Originals in every region we operate in as well as providing opportunities for local talent to thrive,” said Wesam Kattan, Vice President Content & Brand Marketing , Vuclip MENA.

Viu is a leading OTT Video service by PCCW Media and Vuclip available in 16 markets including Hong Kong, Singapore, Malaysia, India, Indonesia, the Philippines, Thailand, Myanmar and Middle East countries of UAE, Saudi Arabia, Egypt, Bahrain, Iraq, Jordan, Kuwait, Oman, Qatar. Viu’s unique value proposition of fresh and localized regional and local premium TV shows, movies and originals entertains millions of consumers every day. Viu Originals bring to light compelling stories with world class production quality, also providing the opportunity for local talent to showcase their skills on a world stage. The service can be accessed via the Viu app available for free on the App Store and Google Play, on connected devices such as smartphones and tablets, as well as on the web at viu.com.

Vuclip is a leading global technology-driven media company delivering on demand entertainment to emerging markets including India, Southeast Asia, Africa and the Middle East. As a PCCW Media Company, Vuclip properties include Viu, Vuclip Videos, Viu Life and Vuclip Games. Vuclip’s market success in on demand entertainment is built on its leadership at the intersection of technology, consumer insights and media. Run by a world class team, Vuclip, Inc. and affiliate companies are headquartered in Silicon Valley in the US and have a presence in Singapore, Kuala Lumpur, Mumbai, Delhi, Pune, Dubai and Jakarta.