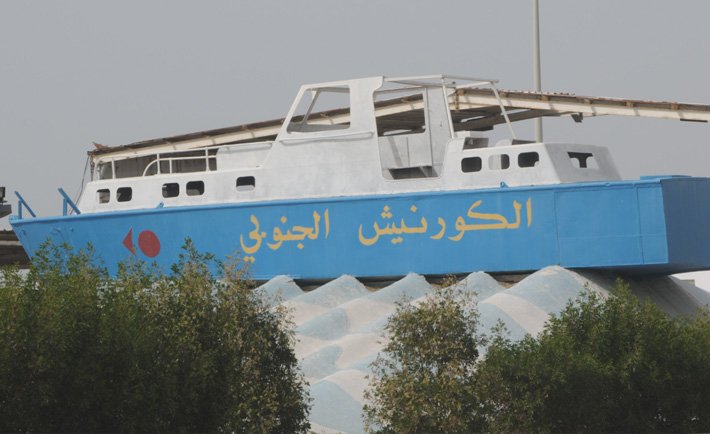 As soon as weekend comes, all head to Jeddah’s north, leaving the beauties of its south uncharted.

Located around 45 kms south of Jeddah next to the King Faisal Airfield, this beautiful sun-baked sand beach stretches for miles.

We were tired of visiting the beaches on the north of Jeddah, it was always the same old experience, almost becoming customary to us. We always had conversations amongst us of visiting South Corniche, but never did. Finally, one day we decided to take the leap and visit it. 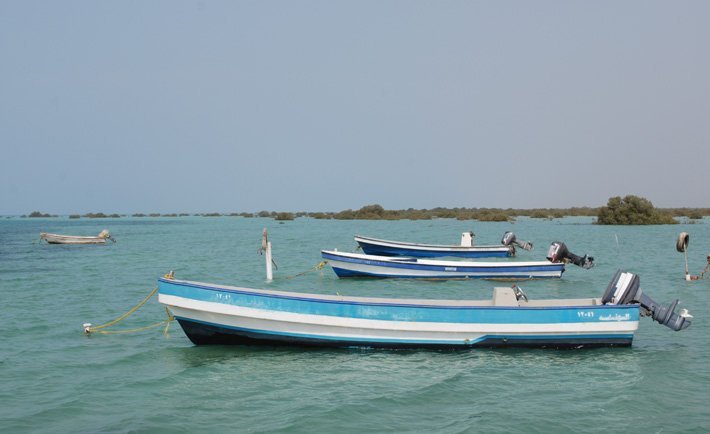 Following the GPS faithfully we ended up at consistent roadblocks. Frustrated, we resorted to the good old way of asking strangers for directions – it helped. The road known as the South Corniche Road was unfurling before us to the horizon between the sheet of the sea and the enormous sandbox that was on all sides around us.

We went on a weekend so it wasn’t a deserted beach as we expected it to be; it was rather crowded. So we went going across the coastal road in search of an isolated spot. 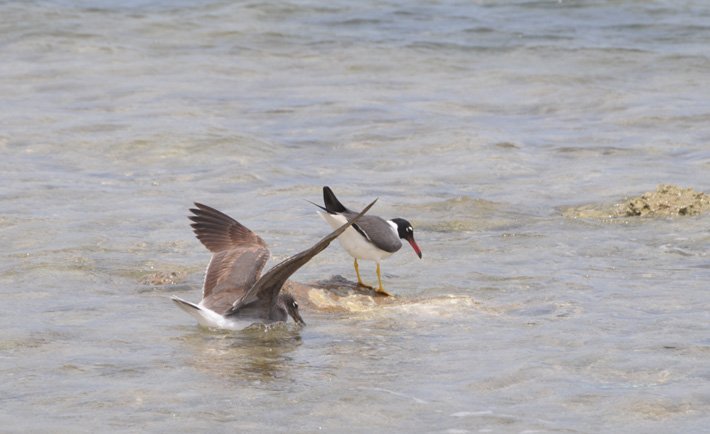 As we drove around the Corniche trying to find the best spot to settle, we came across this place that was surprisingly lush green, was it a farm? Was it just green because it was a place where rainwater accumulated? We couldn’t tell we drove too fast past it and there was no place to stop near it.

Then there was a spot that a stale brackish lake on the opposite side. It was almost as if see water somehow made its way to the water body but couldn’t find a way to leave it. 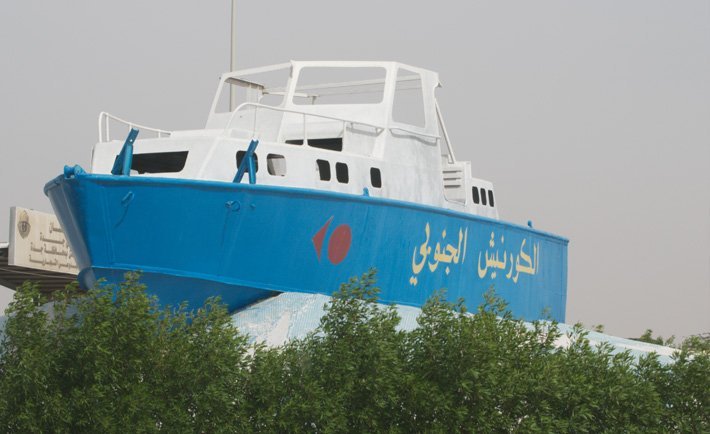 The South Corniche road was about to end we were almost nearing its end but an isolated spot like the one we saw on the internet was eluding us. Soon after, right next to the desalination plant we found an isolated spot (save for a few anglers here and there) that had beige colored sand, which had a texture ideal for making mini structures of mud. 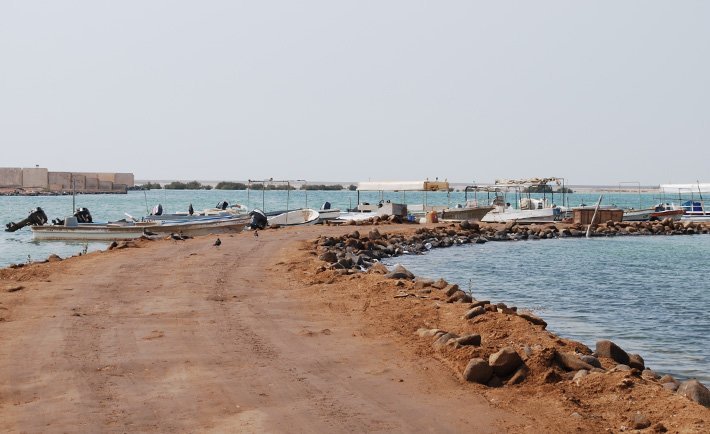 We brought a kite along with us, the polychromatic one that seems to be the only type that is sold in Jeddah. It was so windy that we just lifted it and it flew upwards with so much force that it was hard to contain it. What a field day we would have had other people at the beach brought kites along with them. We could have had our own ‘Kite Runner’ like competition.

We could see several ferries and ships lingering on the horizon, it was such a beautiful sight watching them sail to where the sun sets. It seemed like the disk of the sun was slowly submerging underwater, giving the sky beautiful hues of amber and magenta. 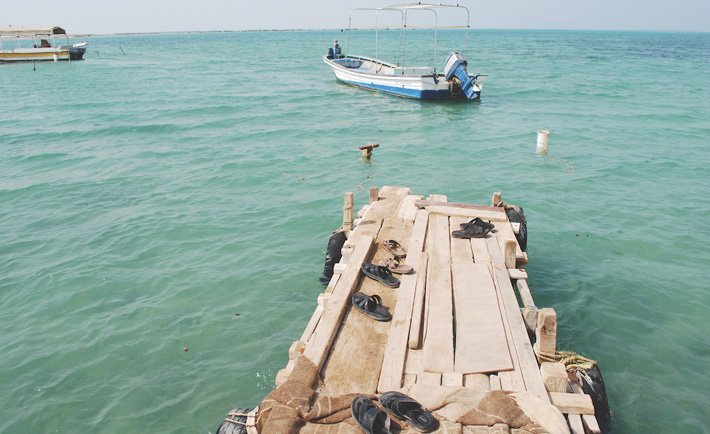 The sound of the waves slowly lapping over the shoreline was calming. Breathing air that felt so fresh, as gusts of wind came along with strong currents over the sea added to the soothing experience.

To Get There: From the flagpole keep heading south towards the Jeddah Islamic Seaport. Continue to head straight on this road over the flyover and take the exit towards Al Mina. Keep left at the fork and continue on this road. The road will eventually lead you to King Faisal Road. Continue southwards on King Faisal Road and after about 22 kilometers you will see boards of South Corniche. Take a right on the board that marks this and keep heading straight until you come across the beach. Just find a place to park ,sit back and take in the fresh air while enjoying beautiful vistas of the Red Sea.