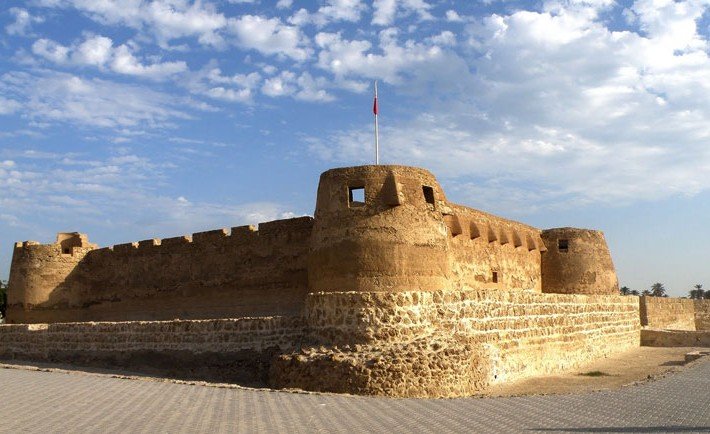 Bahrain seems to be in the midst of a tourism boom, offering amazing entertainment, rich history and culture that is somewhat similar yet very different from the entire Gulf.

The island Kingdom receives the majority of its foreign visitors from Saudi Arabia, and many a times it is the Saudi tourists that miss out on its rich history.

The Bahrain Fort is perhaps the most prominent fort in the entire Gulf region boasting a history of over a staggering 3000 years. Today, the fort stands at the sight of the former capital of the Dilmun Civilization and is one of Bahrain’s biggest attractions. 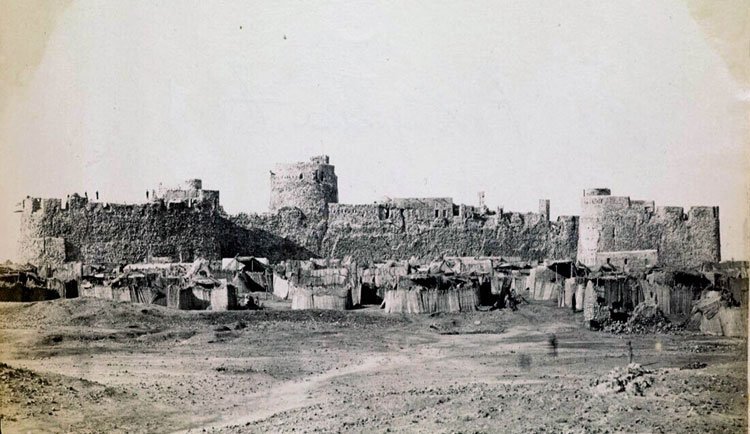 There is much to see in Bahrain and many believe that all the major attractions in Bahrain can all be seen in one day. But personally I feel that in doing so they would miss out on getting to feel the true essence of the country. It is almost as if every part of it is redolent with history. Bahrain Fort alone requires at least 2 hours to explore.

It was almost an hour before sunset, we could see the fort but our navigation app wasn’t able to show us the entrance. We anxiously roamed around the area searching for the entrance, as we didn’t want to miss out on getting to see the fort before the sun sets.

We finally found the entrance and hurriedly went across the stone-paved pathways that lead us towards the fort that sits on an elevated area. The elevated area is actually an artificial hill that has been built over thousands of years of continuous occupation.

We reached the fort at a time when the lights were lit up as it was getting dark; it gave the fort a beautiful color as at that time the sun was still beaming its last rays of the day. The citadel is surrounded by a moat and there is only one entrance that leads to it. We circumambulated the entire site to find the entrance. It was finally found from a place that was right next to where we started searching for it. 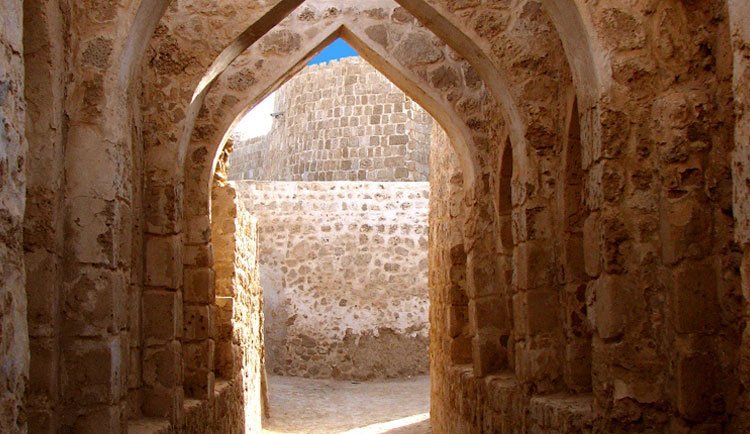 Inside the arched alleys greeted us – they looked marvelous. The arches were a sign of the heavy influence the Portuguese who were the last ones to build the fort had from the Arabs. There are multiple boards inside that have the various aspects of the fort’s history written in multiple languages.

We continued to roam around the fort and entered an almost every room we came across from the barracks and granary to the accommodations. From elevated garrisons we got an amazing view of the surrounding areas where the excavations were underway. 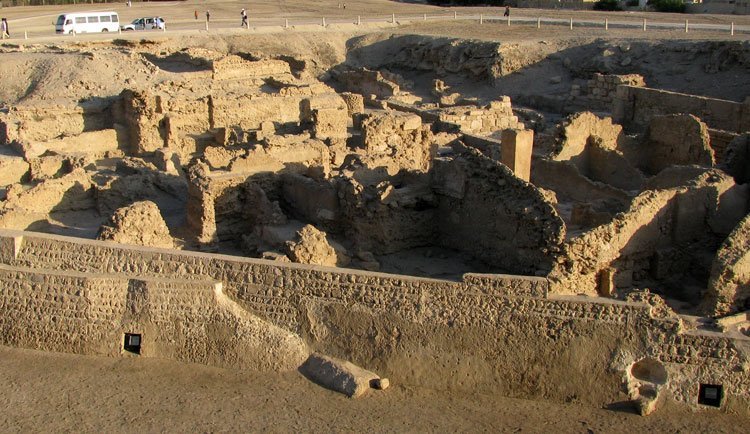 The excavations of the areas surrounding the central fort have found residential, commercial and military structures amongst many other artifacts that testify the importance of this trading center that sits on a northern tip of Bahrain.

There is an on-site museum next to the fort that has no entry fees – the fort doesn’t have entry fees either. It displays artifacts that were found at the site from the various Kingdoms that occupied the fort. A star attraction is a traditional Bahraini boat that is almost like a centerpiece of the museum.

Nearby is a seaside restaurant that sits amidst palm groves. It has an amazing of the fort; a place where one would definitely want to dine al fresco on days when the weather is pleasant. 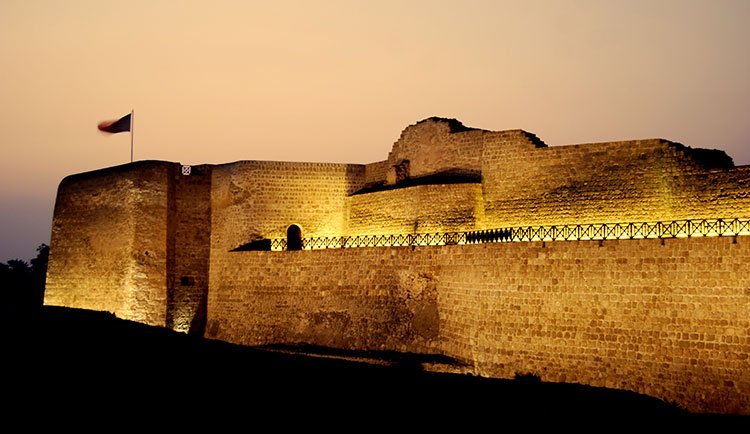 So for those of you, who are planning to go to Bahrain for New Year’s Eve, don’t forget to stop by the Bahrain Fort – a place where you can catch glimpses of Arabia’s rich history.