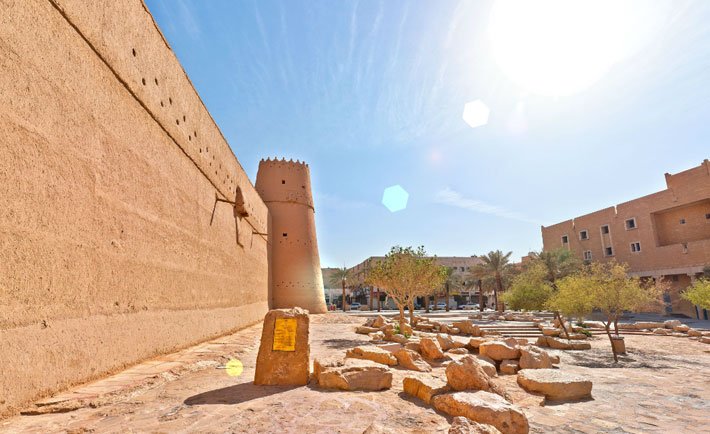 Standing rock solid in the heart of Riyadh, everyone Riyadhi must’ve seen the Masmak palace.

If you have or haven’t been inside that’s another case, but most have seen it from the outside. But we are pretty sure that you haven’t seen it the way you are about to now – in 360°.

This palace was built around 1865 A.D. and was used by the King Abdulaziz from 1902 to 1938. After which he moved his court to then newly built Murabba Palace. Here are some amazing 360° shots of the place. Just keep  the left click button on the mouse pressed to hover around. Enjoy!