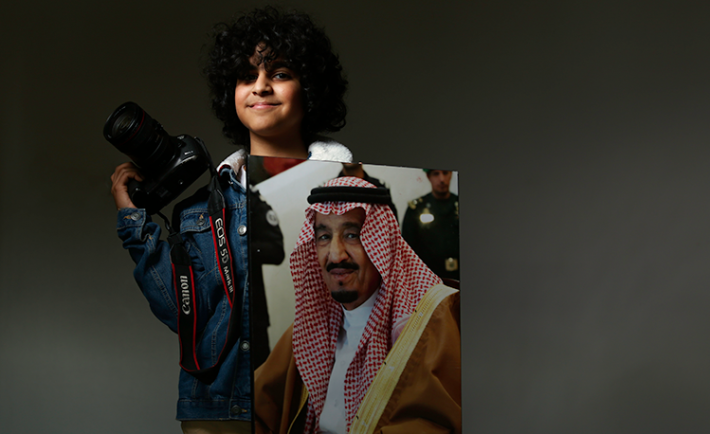 At the age of 11, Moteb obtained titles including  “Photographer of the Kings” after taking a photo of King Salman bin Abdulaziz Al Saud, in addition to “The Youngest Photographer in the Middle East,” and receiving a certificate from the Arab League Institution in Egypt.

Moteb has been active not only in the Kingdom, but also around the Gulf. Participating in Al Mosafer travel website video commercial, and the television program Little Big Stars on MBC, are some of Moteb’s achievements.

He hopes to live up to the accolades he has received so far. “Success isn’t about being famous and wealthy, it’s about constantly improving in the face of difficulties,” he says. He looks up to successful individuals who excel in their respective fields. Because of the nature of his work as a (very young!) photographer, he has to go through the same hoops as every other aspiring professional – obtaining permits as necessary, seeking the right subject, and attending lots of events.

He believes that in time, he would get better at overcoming these challenges.Moteb dreams of having his own gallery, where he can display his photography.