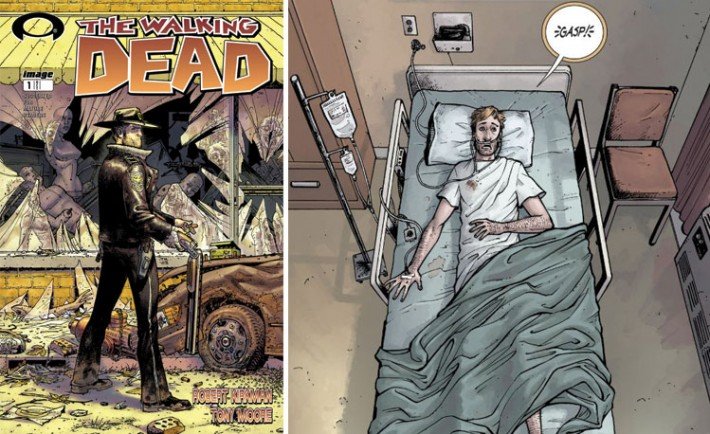 I assume that most of you are familiar with ‘The Walking Dead’ television show, since it’s become so popular that it actually spun off a whole new show, ‘Fear The Walking Dead’, despite still being on air. I’m not here to talk to you about the shows though, I’m here to talk to you about the source material, which is a graphic novel series by the same name.

Just in case you’ve somehow missed all the hype, ‘The Walking Dead’ is written by Robert Kirkman, who is also an acting producer for ‘The Walking Dead’ show, and is currently on its 151st issue and still going strong. To put that in perspective, that’s about 2 or 3 seasons ahead of the show if not more.

Leaving all that behind though, let’s look at the graphic novels as the independent work that they are. The story follows Rick Grimes, a small town Georgia sheriff, as the zombie apocalypse takes place and he tries his best to keep himself and his family alive. It is at this point that you might start to zone out since it’s more yapping about the zombie apocalypse in a world saturated with them.

Please, come back, ‘The Walking Dead’ is different- it isn’t actually about zombies. It’s actually a character-driven story about extremely morally grey decisions and the true nature of human beings. The zombies are just a plot device to move the story along. Don’t take that to mean that its boring though, there are tons of fantastical characters, settings and situations from samurai sword wielding black women to walled suburban utopias and so, so much more.

What really hooked me with the series though, despite being a total novice to graphic novels, is that it’s set in modern times. It’s not set in some far off alien planet, the characters aren’t snarky billionaires or deities from other universes; they are just regular people like you and me. Well, maybe regular people like you. This essentially makes all the characters extremely relatable because it’s just another person and you can really let yourself go and be in the moment and empathize with the situation and then experience extreme satisfaction or horror, based on the characters decisions in those situations and your own internal moral compass. 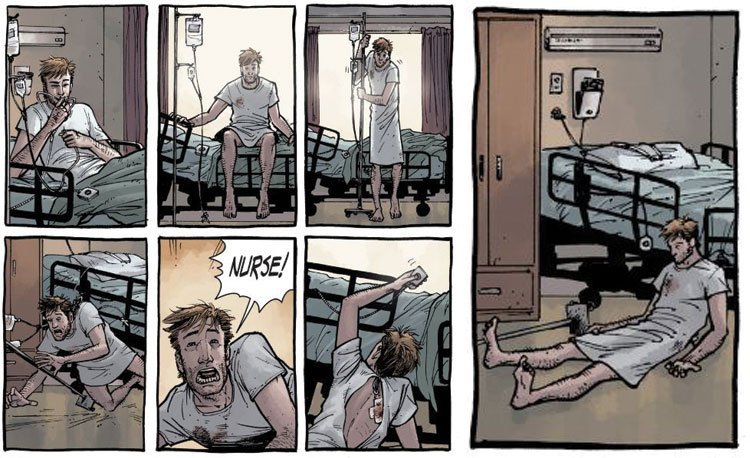 This is besides the solid art, that much like everything else in the series isn’t exaggerated for the sake of being exaggerated. Yes, I know, there are constant scenes of hyper violence, but this is the post apocalypse people, get with the times.

All of this slammed together is what makes ‘The Walking Dead’ graphic novel a must read in my opinion. I started off by actually watching the show, but once I delved into the series I just couldn’t stop and then I got so far ahead of the show that it kind of became pointless to watch. For all you show watchers out there, make sure to keep an eye out for Lucille, for everyone else, get to reading this series.