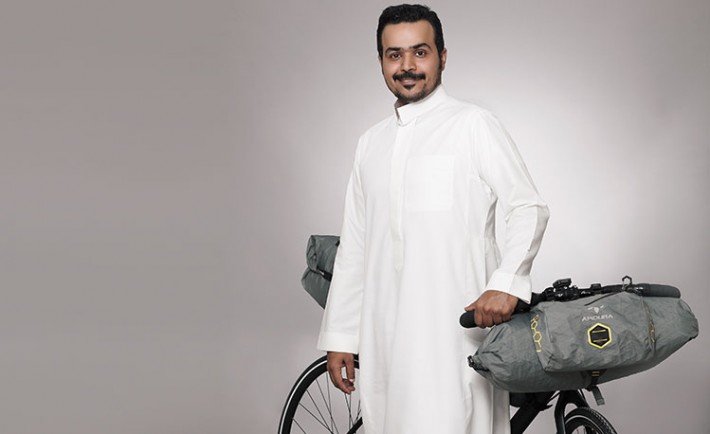 We continue our cyclist series with Omar Alomair, a Saudi cyclist and explorer.

Omar Alomair just wanted to cycle. Buying a standard level bike, he joined the well-known Darajati group, a club filled with cycling enthusiasts that routinely traversed the roads of Riyadh together. But it wasn’t enough, and soon after he ended up upgrading to a carbon fibre bicycle, calling it Pegasus, and going solo and traveling over 15,000 kilometers in 15 different countries.

How’d you get into cycling? And why did you choose bikes in particular?

A movie about cycling changed everything for me. Since I saw that movie, I decided to own a bicycle right away. It reminded me of the happiness I used to experience as a child riding around the neighborhood. 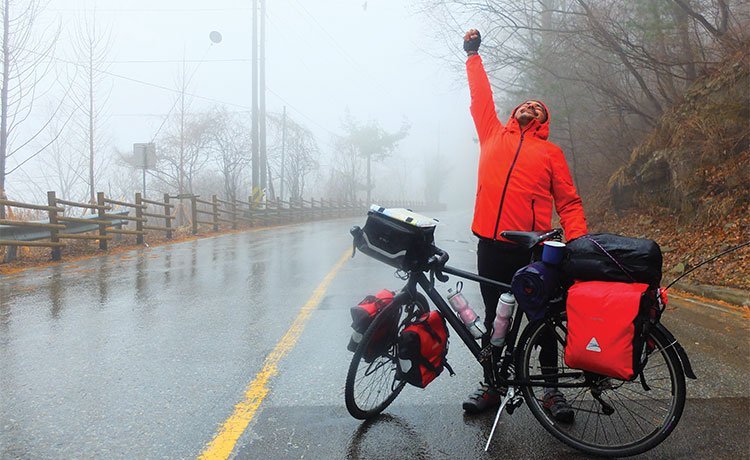 Does the kind of bike make a difference?

At first, no, it didn’t make any difference for me. Simply because I was just starting to learn about the different kinds of bicycle and I was more interested about the joy of riding regardless of the type of the bicycle. After a while, I became more aware of the massive world of bicycles and I realized my SR 600 bicycle was not good enough for the type of trips I wanted to do.

What was the very first country you toured?

Locally, my first trip was from Riyadh to my hometown, the city of Dawadmi which is located 307 kilometers away from Riyadh. Internationally, I toured the entire country of Japan, form the north to the south of it. It took me 38 days to finish this trip and I traveled 3,152 kilometers. 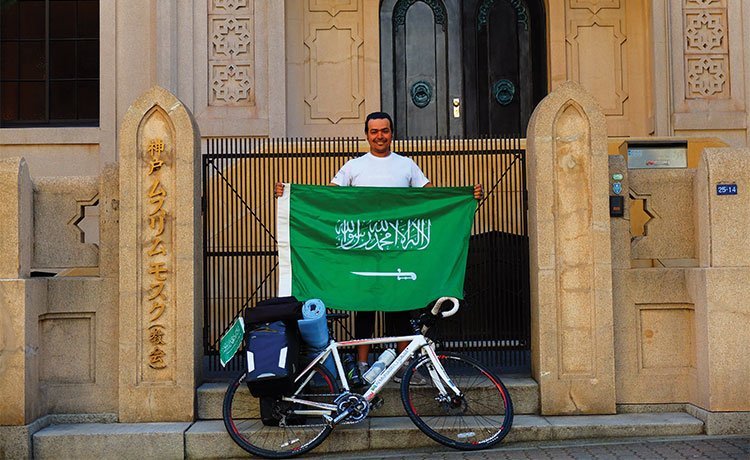 You’ve toured a total of 15 countries on your bike. What would you say was your favorite experience?

I would say Japan, because it was my first international trip.

Any special reasons behind the countries you choose?

I seek to tour the world, and I plan my new destinations with regard to this goal. 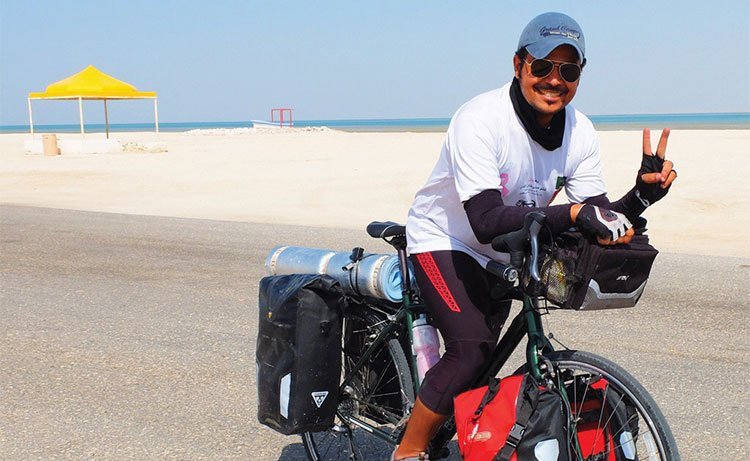 What’s the hardest aspect of any trip?

The weather, sometimes the language, and of course being away from my family.

In your bike bag, you always pack… COFFEE!

What causes have you championed?

First, spreading the message of Islam in Japan, “Islam is the religion of peace.” Second, raising awareness about breast cancer in all GCC countries. Third, in South Korea, spreading the message of friendship between the two nations of Saudi Arabia and South Korea. Fourth, the three continents trip, starting from Morocco and finishing in Turkey raising awareness about the rights of handicapped people in Saudi Arabia. My last trip involved touring Taiwan to raise awareness about sign language used by people who are deaf or suffering from hard of hearing problems in Saudi Arabia. 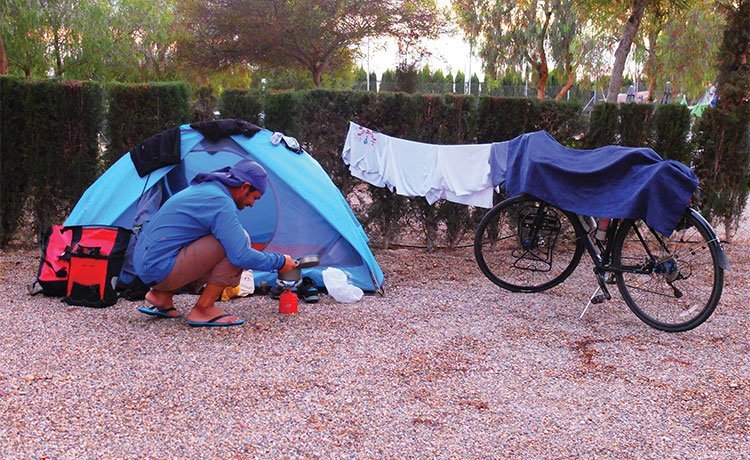 Why did you decide on Riyadh-Muscat for your route during your October breast cancer awareness ride?

I was planning to tour Saudi Arabia for that cause, but I wanted to make the trip bigger and therefore decided to tour the GCC countries.

Somehow, every cyclist we’ve heard of in Riyadh started from the Darajati group. What does it feel like knowing you were there for the birth of the cycling movement in Riyadh?

It means a lot. Starting this group was a blessing for me and my society and I hope it will grow even more and become well-known internationally as well. 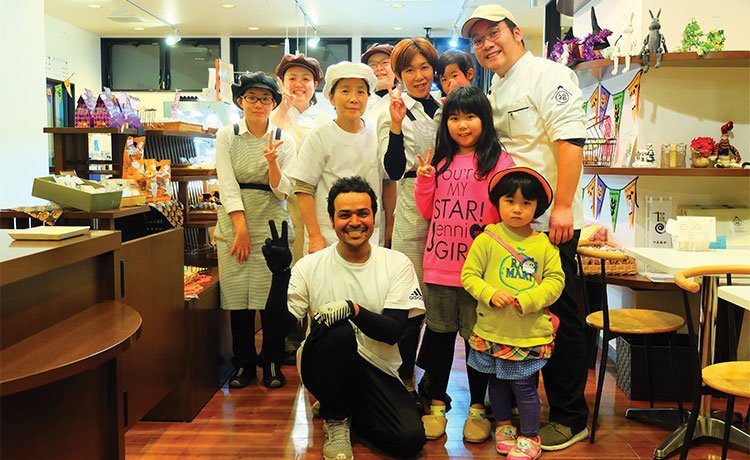 You need a heart of STEEL to follow in my footsteps, always trust in your abilities and also believe in yourself. You are great and you can do anything, just have faith.