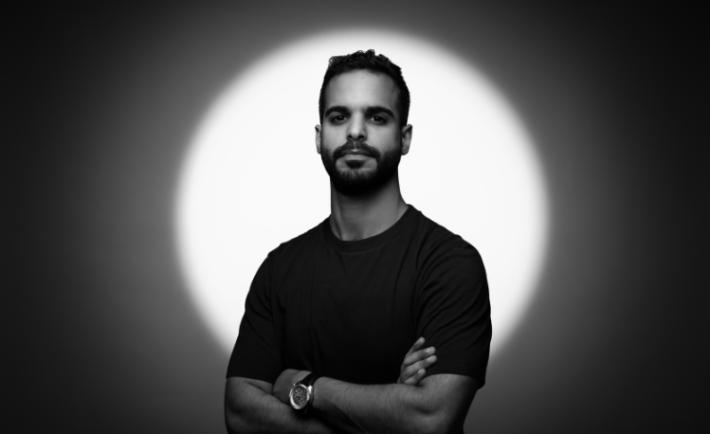 Known for roles in Rashash, Try Again, and HWJN, we had the opportunity to have a one-on-one interview with Naif Aldaferi to explore the journey of this career.

Every journey begins with a background story, Childhood. And with Naif, he described his childhood as “Mixed feelings between, happiness and trouble.” A huge part of Naif’s childhood was surrounded by his aunt. Living with his strict aunt, a number of things were forbidden so his childhood was merely circled around reading books, but the strictness always pays off, Naif said “It is worth noting that the years that I considered harsh in my childhood and the strict upbringing of my aunt are the basis for the formation of my personality, and they are what made me who I am.” 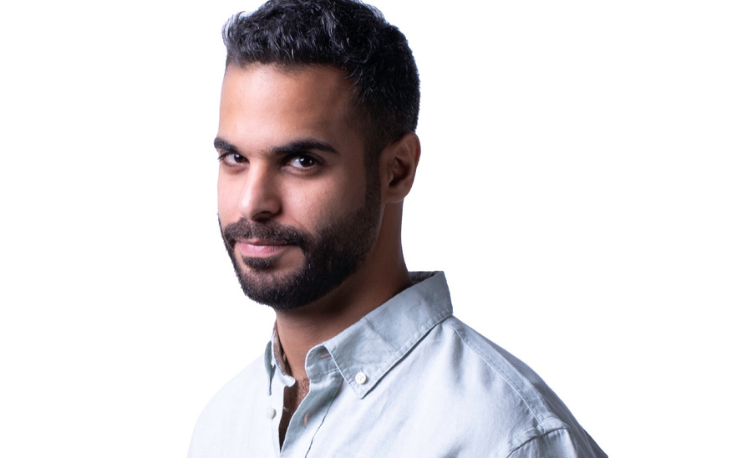 As he went on to explain further, he said, “So reading became accommodating to me until I was nine years old.” After many ongoing negotiations, Naif got a video tape, and with that he got his eye set on entering the theater industry. “This event was a turning point in my life as a child.” He started his journey through entering theater schools and moved on to continuing through theater university graduating from the Faculty of Information, Radio and Television Department. In Egypt, Naif did loads of assistant director jobs alongside the directors during his studies.

With his degree, Naif landed back in his country with nothing planned until he joined his brother Nawaf AlDaferi’s train. While working as a radio broadcaster and stand-up comedian, Naif had an offer for his brother which was, “I convinced my brother that I would write jokes for him and he would come out to tell them.”, said Naif. 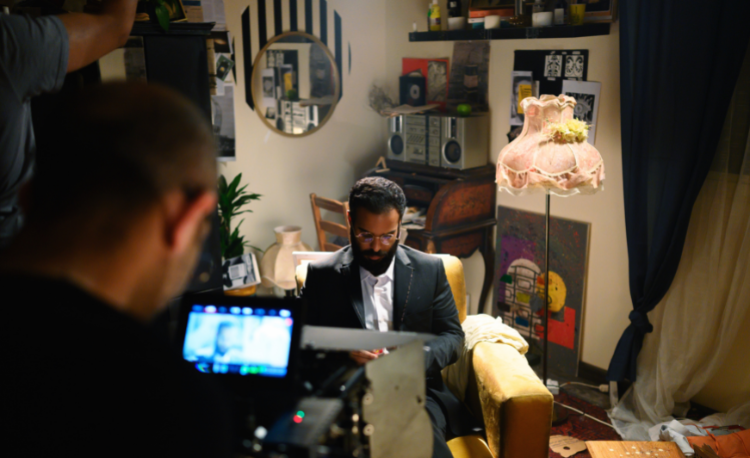 How did Naif pave his way?
“I went to the coordinator in Al-Comedy Club, and I asked him to go to the stage and give me five minutes, and it was the most amazing performance I have ever done in my life”. With that, Naif began to withdraw himself from being behind the camera to being in front! He then was convinced that he wants to return to theater and begin his trip through discovering himself within this industry. “Every year I travel to a place to learn a new technique or get to know a new school.”, said Naif.

He flew to Los Angeles for workshops including comedy writing, theatrical acting, and cinema. With comedy writing, Naif was the student of Greg Deen. He also took a workshop at one of the powerful Strasberg method acting institutes and took a theater workshop from the artist, Professor Ashraf Abdel-Baqi. “Still one of the most important things in an actor’s life is his interest in all the people around him. It is not a pretentious interest or taking responsibility, but rather an interest in understanding the people you meet in your daily life, because you can simply be in the place of one of them one day, but on a big screen.” And with that, Naif started seeing a clear image of the real him. 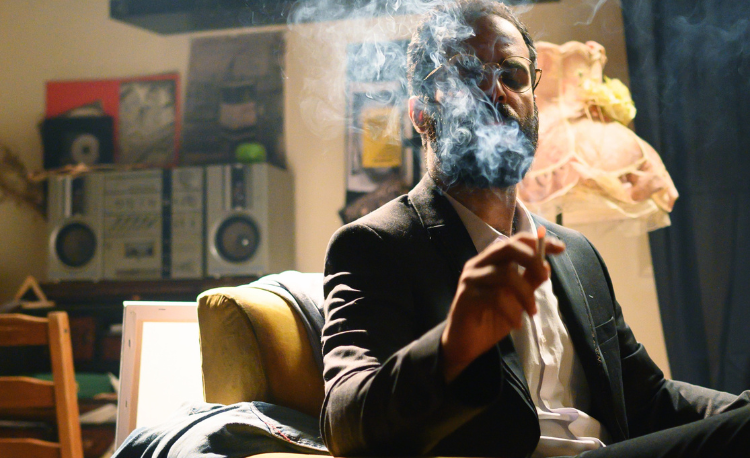 One of the interesting things about artists who work in this industry is to take a closer look at who inspired them to take on this journey, and for Naif his inspiration has been the legend Denzel Washington alongside of course, many others.

It has always been in the books for Naif to pursue this career, through his talent and passion. 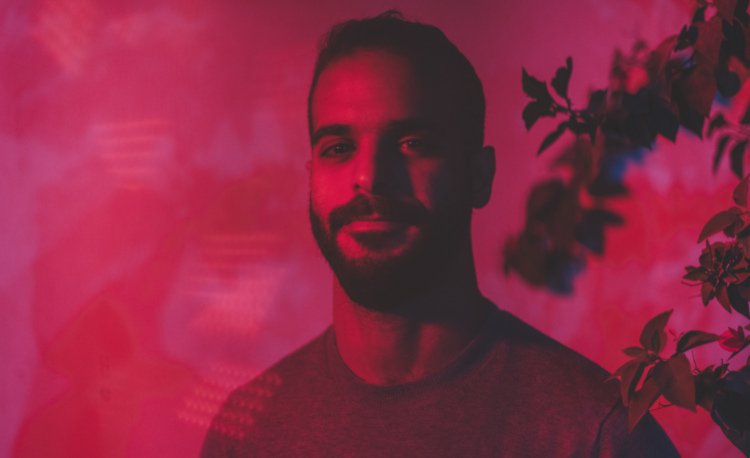 And now, into his projects we dive.
His path with the project ‘HWJN’
“A very long story that started when I was 23 years old.”, said Naif. When the novel was published, Naif was one of the readers who enjoyed it limitlessly. He drew attached to the story, the events of the novel, and the city it was situated in, Jeddah. As he described, there were many attempts to turn the novel into a cinematic work, until the time was right to create this masterpiece. “Thank God, I was chosen to play the role of a character I was attached to from the first time I read the book, far from flowery words.” He drew the character in his imagination where the character was always engraved in Naif’s mind.

The road throughout his other project ‘Kabreet’
“Kabreet is one of the experiences closest to my heart, and I am very happy to work with Salma Murad, with whom I have a very strong friendship.” He said. Naif has a trust in what Salma is bringing to the table with her artistic sense and remarkable decisions. There were loads of preparations that took place including the lengthy reading sessions. He gave his thanks to the director of photography, Ali Samin, who made a nice mod for the movie and the Art Director, Qamar, who created a mesmerizing location that mirrors everything about the film.

His upcoming Ramadan project with MBC
This Ramadan, we will be awaiting Naif’s new project that resonates around history inspired by the story of Muawiyah bin Abi Sufyan. Directed by Tariq Al-Arian, and casted with a large group of great actors.“One of the beautiful things for me is that I work with a group of actors that I used to watch when I was young, and the opportunity came to share with each other in one work”, Naif said. 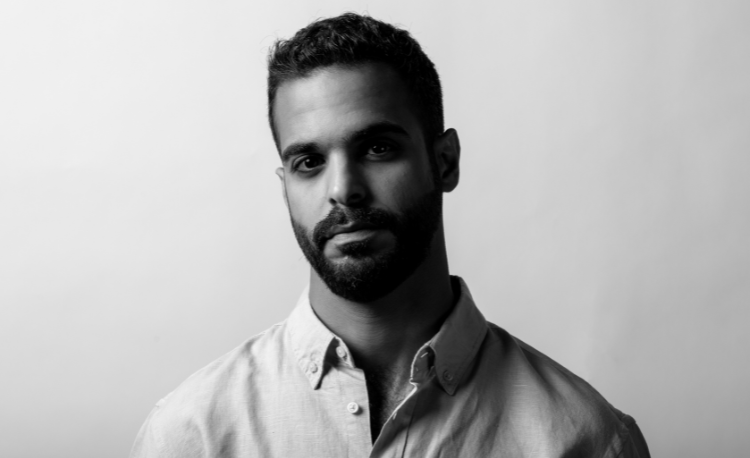 Ending our conversation, we asked Naif, ‘Where do you aim to see yourself years from now?’ His response left us inspired saying “If you asked me this question four years ago, my answer would be long and elaborate, but now the great goal has turned into a simple goal of being happy with the moment and appreciating it and focusing on one project.” A quote that stays with Naif and is his key to success is, “You’ve seen my descent, now watch my rising.” By Rumi.

A friendly advice from Naif to all the aspiring artists.
“Be real in your art, don’t rush into anything, because it’s all easy as you want, as long as the idea of ​​your art stays with you in your imagination, so talk less.”

For more on Naif AlDaferi, check out his instagram.