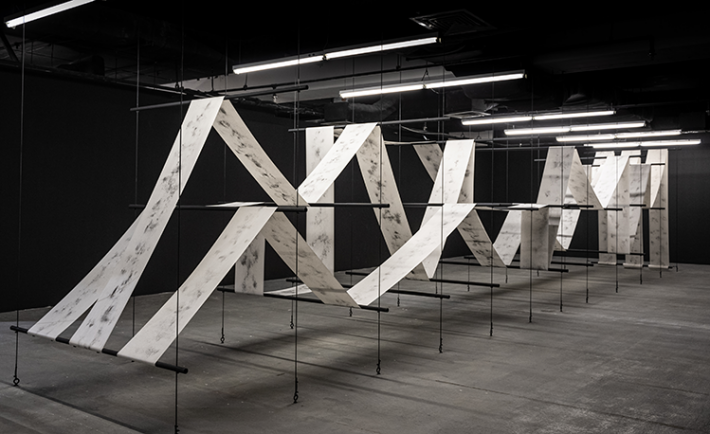 When driving on-the all too familiar-King Fahad Road, it is easy for one to overlook the many large-looming structures that have occupied spaces on the side roads for decades. The crime in that, however, is overlooking the hidden treasures within these structures. Athr Gallery, in Serafi Mega Mall, is one treasure that must not be missed.

Located on the fifth floor, Athr Gallery was founded by Hamza Serafi and Mohammed Hafiz. Since 2009, the gallery has been successful in virtually transporting its visitors from Jeddah, Saudi Arabia to different corners of our globe. It has done so by hosting contemporary art projects that transcend the human mind, forcing people to perceive life in a different light and through the peculiar eyes of different cultures.

Named “Athr”, which translates to “effect”, the gallery has created a priceless and timeless dialogue between artists and the rest of the world, leaving a lasting effect on its participants. This dialogue is the perfect embodiment of the modern way of life: connecting and uniting with others across the globe. Athr has been known to participate in international art fairs and showcasing local artists’ work.

To visit Athr Gallery is to experience a revolutionizing artistic dimension that celebrates life and culture. Two current exhibits are excellent representations of that artistic dimension: The Silence Is Still Talking and WEHE.

A recent project of the world renowned curator, Rahul Gudipi, is The Silence Is Still Talking, a solo exhibition by Muhanned Shono. A showcase that consists of charcoal on blank paper seems uninspired, derivative, or even tedious. However, that is the point Shono is trying to make. Shono believes that people have the unfortunate tendency to restrain their words and verbal expressions; there is a lack of creativity and imagination with words. Through using the restricted tools of charcoal and paper, Shono has proven that word expression is a limitless endeavor. It can be explored in a plethora of different ways and angles. 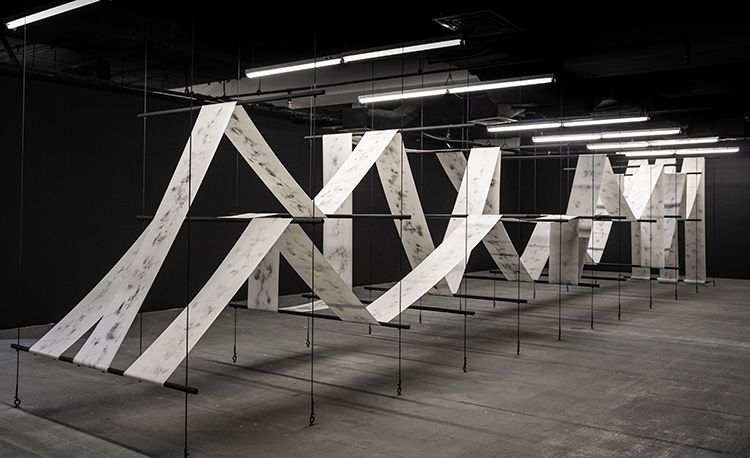 In The Silence Is Still Talking, Shono exhibits crushed charcoal that turned into grime and dust. The grimes and dust from the charcoal are applied on paper in such a way that it evokes emotions. Through this exhibit, Shono is challenging the norm, the conforming society. He is going against the ancient rules of how words should be – and are being – expressed. He is trying to inspire people to personalize their word expressions, to liberate themselves from the constrained, standard form of texts and words.

Throughout the exhibit, you will witness visual words transformed into emotionally audible works of art, it is through this process that Shono has proven that silence is still talking.

The other exhibit hosted by Athr Gallery that creates an international dialogue through art is WEHE. WEHE is a collective design exhibit, curated by Canadian-born architect, and co-owner of Carwangallery, Nicolas Bellavance-Lecompte. The exhibit hosts an eclectic and diverse group of designers, artists and architects, such as: Taher Asad-Bakhtiari, Flavie Audi, Bahraini-Danish, Bricklab, Omar Chakil, Anastasia Nysten, Karen Chekerdjian, Carlo Massoud and many more.

WEHE explores the extraordinary world and tradition of the desert life and culture, old and new. It allows you to relive the history of the Arabian desert and its environment and culture through the eyes of observers and artistic exhibitionists; it is almost reconstructing and recreating the desert world anew, with a unique vision and perspective. All the while, the artists have preserved the traditionally defining aspects of the desert and its inhabitants.

“Wehe” is of ancient Egyptian origins and it translates to a “dwelling”. “Wehe” is also the origin of the word “wahaa” in Arabic which translates to “oasis” which is the aspect that the designers have focused on the most. 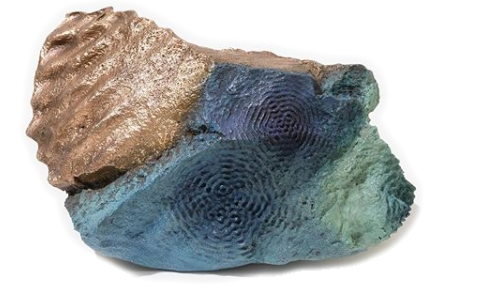 Each designer/architect, that has participated in the WEHE exhibit, has chosen a certain aspect of the desert to portray using uniquely eccentric and verily diverse tools and resources. Whether it is exploring the charming tribale weaves, the ancient sand scriptures, the regal volutes or the vibrant oases, WEHE has, no doubt, succeeding in portraying a primordial dwelling.

Athr Gallery has its own artistic vision, dimension and universe that needs to explored. Experience it and allow yourself to dive into a world of artistic revolution. Both exhibits, The Silence Is Still Talking and WEHE end on the 27th of July, 2019