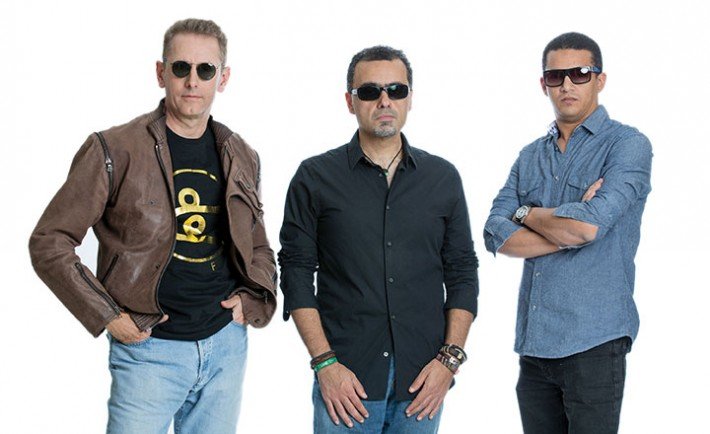 The Remedy is on a mission to raise the bar in the local music industry and teach everyone a thing or two about DIY success regardless of when and where you start.

At first glance, Ahmed Hakeem, Ehab Medhat and James Paul look like your typical accomplished band of gentlemen. Coming from different cultural backgrounds and influences, the three found a common ground in their love for music and their desire to share it with the world.

Hakeem, who is the lead vocals and songwriter of the group, was in a musical hiatus when he came across Medhat, drummer qua producer and Paul the bassist in a local function.

They decided to do a jam session and it revealed a strong chemistry that catapulted them to independently produce their debut album, Indifferent Hearts.

The road towards creating a self-produced title is tedious at best for emerging artists these days. Imagine if you’re a band who have nine to five jobs and are happily married.

Indifferent Hearts plays like a mix tape. It leaves an “I can’t quite put a finger on it” feeling when you listen to it for the first time. All 11 tracks can fall under different genres but are still able to come together to bring the album’s title to light.

“In life, literature or even movies, you always get to see this battle between good and evil. So as it is, you always have this notion of people who have good hearts and bad ones. However, we think there’s a third kind, which is far more dangerous, indifferent hearts—those who don’t make their intentions known, those who are apathetic and live emotionless. This album reveals this or the victimization that comes out of it.”

It’s no secret that the local music industry in Riyadh is yet to be fully developed. Hence, TheRemedy achieved an amazing feat for recording their album exclusively in Saudi Arabia. One would not think that the songs were crafted in a small studio the group fondly call the Happy Ending Machine.

With sheer spunk, the band was able to tap world-renowned desk gurus Paul Pavao and Ben Grosse at The Mix Room to have the album mixed in Los Angeles, and mastered by the great Scott Hull at Masterdisk in New York City.

And truly, when Indifferent Hearts was released in February, it was a clear indication that the TheRemedy has set the bar high for other artists in the country. Instead of going the mainstream route of signing up with a record label, the band chose to independently produce their album.

When asked where they plan to go from here on out, the band confidently replied, “We’re planning to release six more albums, all of them sounding different from each other. Our aim is to go international in promoting the album. We’ve even contacted Ellen and the late night shows!”

Bands like TheRemedy deserve a pat on the back for pushing the limits and attempting to go beyond their immediate territory.

Their message is simple yet profound:
“We want to show that together, above all things, we can do something great if we focus on what’s common.”