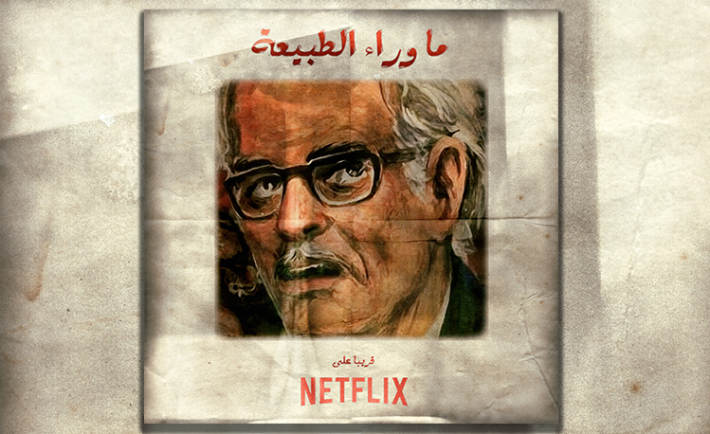 A third Middle Eastern Original proves Netflix’s commitment to investing in the region.

Netflix, the world’s leading internet entertainment service, announced PARANORMAL, its new original Middle Eastern series. Based on Paranormal the best-selling books in the Arab world by late author Ahmed Khaled Tawfik, that sold more than 15 million copies. PARANORMAL will be produced by both Mohamed Hefzy and Amr Salama, who is also the showrunner and the director, PARANORMAL is Netflix’s first foray into Egyptian drama.

Set in the 1960s, the series, packed with mystery and suspense, depicts the adventures of PARANORMAL leading character Dr. Refaat Ismail, a single hematologist who finds himself faced with a series of supernatural events.

“We are excited to continue our investment in Middle Eastern productions by adapting the highly acclaimed PARANORMAL novels into a thrilling new series. We’re also pleased to collaborate with prominent producer Mohamed Hefzy and director Amr Salama whose creative vision we look forward to bringing to our global audience,” said Kelly Luegenbiehl, VP of International Originals at Netflix.

This third Middle Eastern Netflix original show reflects the company’s commitment to exploring more stories and talents in the region. This will give filmmakers and audiences in the Middle East presence on a global platform to both tell and enjoy a variety of exciting new stories.

Show producer, Mohamed Hefzy, commented, “I’m proud to be working with Netflix on bringing to life the PARANORMAL series, which I hold dear to my heart. I’m also excited to be cooperating again with long time collaborator and friend, director Amr Salama. Together with Netflix, we aim to present a show of international quality and that lives up to the promises and ambitions of Egyptian and Arabic drama.”

“I’m very excited about this project, It was my dream to adapt PARANORMAL of the late author Ahmed Khaled Tawfik and turn it into a drama since I ever wanted to be a filmmaker. I’m proud to present the books in a new light while still keeping the essence of PARANORMAL. I can’t wait to introduce these exciting stories to the Netflix public in 190 countries around the world,” said producer, director, and showrunner Amr Salama.

Expected to be filmed in Egypt, PARANORMAL is the third Middle Eastern Netflix original show after Jinn, which features a cast of emerging Jordanian talents and is set to be released on June 13, 2019, and Al Rawabi School for Girls, which was announced last April. These productions reflect Netflix’s dedication to investment in Middle Eastern Arabic content.

Netflix is the world’s leading internet entertainment service with 148 million paid memberships in over 190 countries enjoying TV series, documentaries and feature films across a wide variety of genres and languages. Members can watch as much as they want, anytime, anywhere, on any internet-connected screen. Members can play, pause and resume watching, all without commercials or commitments.