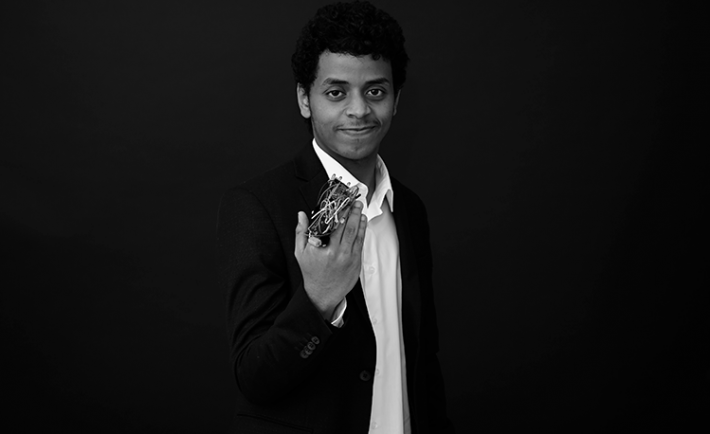 Khalid is a programmer, an innovation designer, and a student at King Abdulaziz University in the fields of Mechanical Engineering Productions and Systems.

His interest in research, innovation, and inventions, along with his creative side, has led him to win the first place at the Geneva Inventions Exhibition, where his creation helps the blind and the visually impaired identify colors using sensations. At the age of 23 (in 2018), he received the Golden Medal Award in the World in Switzerland, and the Best Invention Award in the World in China, within the invention and innovation fields.

According to Khalid, the fear of failure can take hold and make him hesitant about starting a new project or plan, preventing him from reaching his goals. Fortunately, he believes that success consists of failed plans.

“When one faces obstacles and things don’t seem to go as planned, it’s a good idea to change that plan, but not the ultimate goal,” he says. The fact is, he adds, that sometimes you win, and other times you learn from your mistakes. Khalid believes that the outcome of any plan is often not as important as the person you become in the process of achieving your goals.

Khalid looks up to Muhannad Abu Dia, a Saudi inventor from Jizan who, despite his inability to see, managed to leave a mark with his work in the fields of science and invention at a young age.