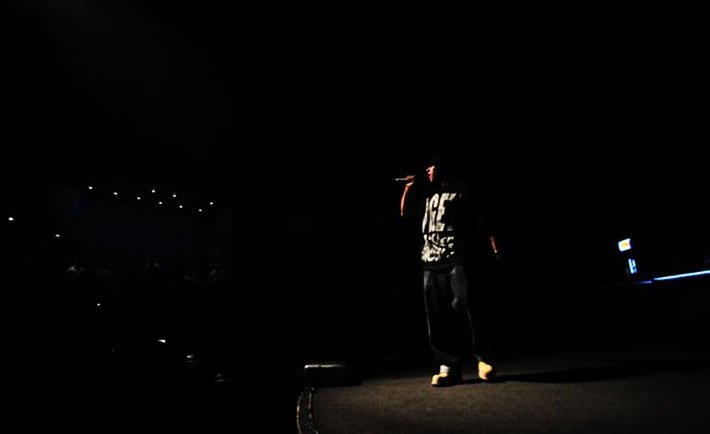 The Arabic hip-hop movement primarily came together through the Arab Diaspora mainly in the U.S. and Europe. Mostly Arab, the artists, who were away from their home countries, were concerned and duty-bound to transmit the truth of the MENA situation.

Strong lyrics, striking awareness and lasting echoes are elements that construct the agenda of the Arabic hip-hop movement. But it was inevitable that it would breach those geographic limits and become more present in the Arab region.

Being a promoter and advocate for the first real hip-hop radio show in Saudi Arabia, I have a responsibility towards society, and more importantly, towards my listeners. The choice of artists I interview or whose songs I play on my show are not at random but rather are well studied.

There are quite a large number of hip-hop artists and rappers in Saudi Arabia. Some portray the commercial and rather non-realistic approach of hip-hop. They tend to copy characters of ghetto warriors and fearless thugs. Honestly, it is quite cartoonish and ridiculous to watch these kinds of artists even try to perform.

It is also repulsive to see local Saudi artists identify to real struggles and issues such as poverty, drugs, money, thug-lifestyle, clubbing and cursing. It is more than evident that these things are not part of the Saudi culture. This phony attitude does not make them artists and surely does not make them somebody.

Fortunately, other artists try to emphasize the real notion and message of hip-hop but all in vain. The understanding of this genre is mislaid: people tend to relate bad behaviors, vulgarity and the objectification of women to what the media defines as hip-hop. The masses are not to blame. They are simply faced with a corrupted image and a materialistic attempt to woo and hypnotize them. I don’t deny that there are some talented individuals and groups here in Saudi Arabia who strive to cleanse and showcase a purer aspect of hip-hop; in fact, it is a genre that carries awareness, truth, humanity, social consciousness, etc.

My show “Laish Hip-Hop,” is a strong effort to unchain hip-hop from these unfair charges. Being fought or confronted is nothing strange to my life. As the show is building a reputation, I am sometimes receiving cruel feedback condemning not only hip-hop, but also music from its root. These kinds of “spectators of the world” choose to slam doors instead of opening doors of understanding, awareness and knowledge. No harm will come from learning, on the contrary, enlightenment reduces anger and disapproval, which leads to such comments.

This note introduces my next point, which is that Saudi rappers have a place in Saudi culture. Evidently they should be genuine. How? They should create their own identity, with always in mind absolute respect to their origins, culture and society. This said, trying ridiculously hard to copy western hip-hop artists and rappers is a form of incompetence and insolence. Surely most of the rappers and hip-hop artists in Saudi have a lot to learn about the genre.

In my opinion, many have the potential to rise and become true artists. It is not an easy path but it is worth the struggle and work. Saudi Arabia is a very hard market due to many criteria, one of which is language. In order to attract listeners, rappers and hip-hop artists need to go bilingual. One relevant example in this case is Qusai. He was able to venture into hip-hop by keeping it real, using Arabic and English and relying on a commercial approach. His content reflects Saudi youth. Talking about what you know best increases your credibility. And that’s exactly what Qusai gained. Hip-hop is a voice for the voiceless. In these times, the Middle East is an oppressed region. Oppression has revealed voices, talent and youth persistence and power. High-ranked American hip-hop artists predict that the next best hip-hop artist will emerge from the MENA Region.

What a thrill. Hip-hop in Saudi Arabia is still young but with the proper nurturing and attention it could blossom into something to be proud of. Given the restrictions of the country, such as venues, events and media hype, it is quite hard to launch such a vivid and expressive genre of music. Finally, accepting hip-hop within society is key and a first step towards this long journey. It will be tough but who is up for a potentially productive challenge?