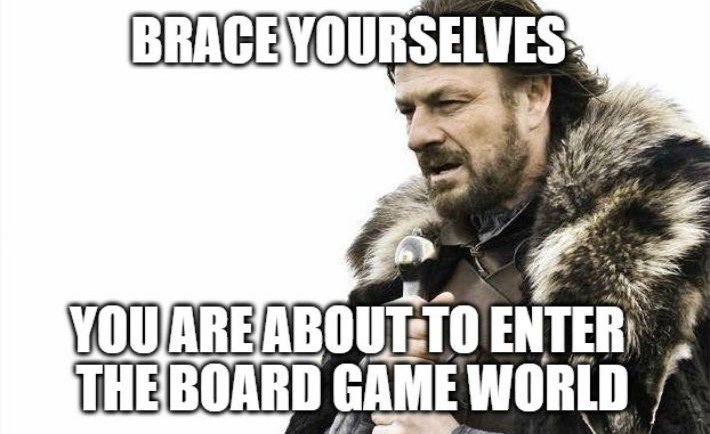 I am a major geek. Enough so that I will correct you if you use nerd and geek interchangeably (yes, I warned you). In that regard, I have found the past decade or so to be awesome.

Geek culture is big and booming. And one aspect of that culture is gaming. People, I love games. I’ve been a gamer my whole life. In future pieces I’ll definitely be getting into video gaming, but today I want to highlight something a bit more tangible: board games.

I had only stumbled upon this ever-growing resurgence just a few years ago and now I can’t imagine how I never knew about this world. The past decade or two has seen an incredible boom in this industry, and designers have let loose their creativity. The types of games have exploded, be they abstract, family, thematic, deck-building, war games, party games, co-operative, strategy, worker placement, etc. The list goes on and on. Through this column I plan to give you a more in-depth look into board gaming, but for now, instead of just listing out a bunch of names, I thought I’d share with you the descriptions I tell people whenever I pull out the box for us to play.

Okay, so zombies have taken over. We play as characters in our little colony, tasked with missions of survival and braving the streets of the town to accumulate the basic necessities of life. Along the way, we have morally-charged encounters with people, constantly question whether one of us is actually a traitor out for their own selfish gain, and face off against, what else, zombies.  Dead of Winter

We are 15th century princes, out to make our estate the most prosperous in this region of France. Through a whole lot of planning and just a little bit of luck, we trade good, farm cows and sheep and raise buildings to become the most prominent prince around.The Castles of Burgundy
Each of us is a unique alien race with a crazy game-breaking power. We each have planets that we call our civilization, and we’re out to expand and be the first to settle five colonies on other planets. Each turn, you face off against another player, and whether through diplomacy, combat or deceit, try to expand your reach by settling a colony on one of their planets. You can entice other players to join you in the attack, but so can the defender bring them on to her side as well.Cosmic Encounters

It’s 1945 and it’s time to play our own private version of the cold war, with one of us as USA and the other as USSR. Spread your influence to win over countries and get embroiled in historical events to use them to your advantage, but always be mindful of the ever-looming threat of nuclear war. Who will lead their side to victory?Twilight Struggle

My name is Dia and I shall be your guide into the wonderful world of gaming.