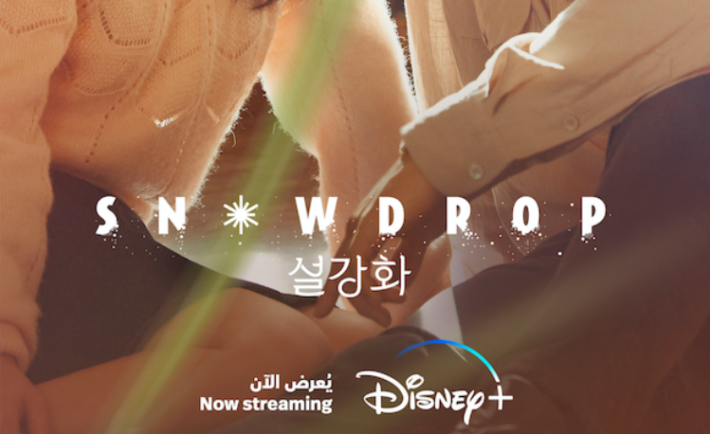 We now can stream the highly anticipated Korean Drama series, Snowdrop on Disney+!

With the announcement from Disney+, as of today, Snowdrop is available to be watched by you! The Korean period Drama explores the forbidden and debarred love between Yeong-ro and Soo-ho in Seoul in 1987, in a time of political turmoil. The series will also have subtitles in both Arabic and English.

The 16 part show features Jung Hae-In, star of “Tune in for Love” and “While You Were Sleeping” and ” BLACKPINK’s Jisoo. In the series, their meeting will go against her better judgment and risk being expelled to hide the man from his attackers and tend to his wounds.

Just when a gory and blood-soaked man rushes and bursts into the dorm section of a young woman’s university in Seoul. Little does Yeong-ro know, Soo-ho is living with a harrowing secret that is of deep threat and risk to her and her family, we won’t give too much away; you should watch it. 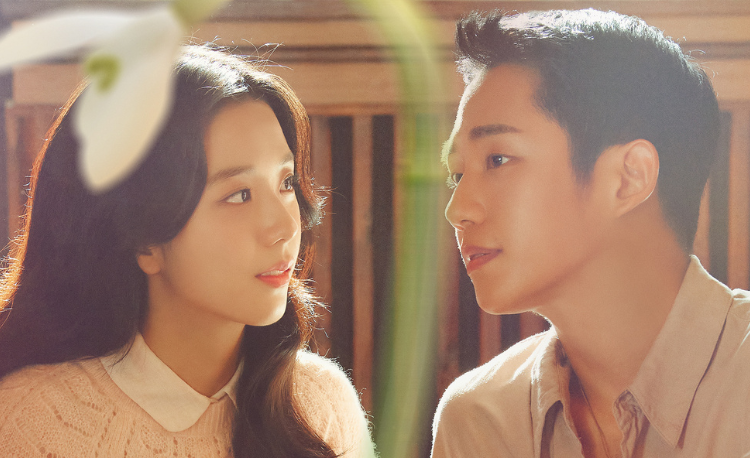 Written by Yoo Hyun-mi and directed by Jo Hyun-tak who has created 2018’s thriller “Sky Castle”. The heartwarming and touching series is considered to be a fictional story about a couple who are in love and as the story unfolds, we follow them as they explore their endurance to their romantic journey that seems to be a shattered relationship with no future. unbearable pain that one rarely encounters in a lifetime. I hope global audiences find this heartfelt series also gripping and suspenseful as the two come to face their fate,” said Director Jo Hyun-tak.

Circulating around the forbidden romance, the series takes us on a journey as Yeong-ro goes against her family and her country to help the man she loves, while Jung Hae-In puts everything on the line to save the only thing he loves more than his country, Yeong-ro.