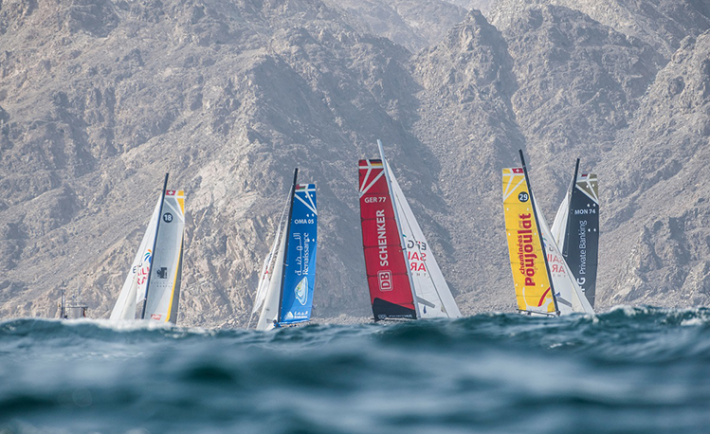 Arriving in Muscat, I experienced Omani hospitality first hand. They are very humble, welcoming, and generous people. You could easily spot how they treasure their heritage and take great pride in it. I felt included and excited for the opportunity to experience the Omani’s deep rooted customs and traditions. We spent our first day enjoying Al Mouj, which is a 10-15 minute drive from Muscat. The marina’s view was breathtaking, so we seized the opportunity and went for a refreshing walk then grabbed a bite.

The next morning we headed to the Grand Mosque of Sultan Qaboos first. I was taken aback by the chandelier in the main prayer hall which weighs 8.5 tons and includes 600,000 crystals. The prayer carpet was yet another exquisite work of art and such an appalling display of craftsmanship. Both are the second largest in the world and are major interior design features of the mosque.

Next, we visited the beautiful Royal Opera House of Muscat. We took a quick tour of the place and got to witness several instruments that were gifts to His Majesty Sultan Qaboos. Noteworthy, is the pipe organ, a masterpiece that spoke luxury and finesse, truly admirable. Then, we took off to see the National Museum. It was quite educational and I enjoyed the Maritime History Gallery the most. I learned that Oman has a nautical history that dates back to to before the 9th century.

All the sightseeing left me feeling famished. We took our lunch at Bait Al Luban Restaurant and had a chance to purchase their famous Luban from Souq Mutrah. Afterwards, I had the pleasure of meeting Mohsin Al Busaidi (the first Arab to sail non-stop around the world) and Saleh Al Jabri (captain of The Jewel of Muscat – a traditional ship that was built using 9th century shipbuilding methods)  at Oman Sail’s headquarters.

Oman Sail invited us to attend EFG Sailing Arabia – The Tour 2019. They are a national initiative aimed at igniting Oman’s maritime heritage through running sailing programs and encompassing a national sailing squad and other racing teams. The race was a two-week challenge composed of 5 stadium and coastal races that took place at 5 different venues using the standardized Diam 24 trimaran boat. Ten teams participated, three of which were Omani teams. The French Beijaflore team won the arduous race for the second year in a row. We were able to observe the intense race from afar somewhere along the coastline waters. It was a marvelous trip but sadly all things come to an end and it was time for us to finally set sail back home. Veni, Vidi, Amavi.