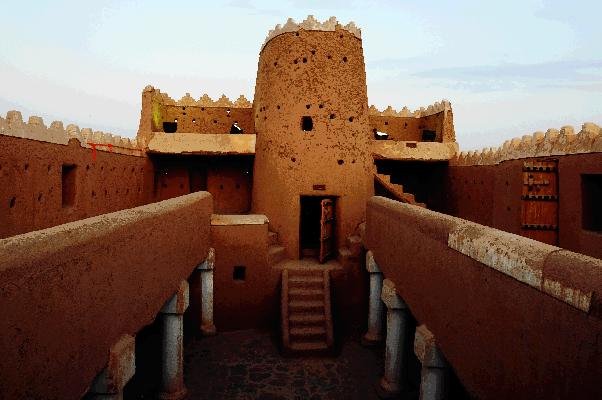 Shimli is a little-known village located 1,000km north of Jeddah and 90km south of Hail. Located along the ancient camel caravan route for Hajj pilgrims from Syria and Iraq, Hail and the neighboring town of Shimli were both popular oasis rest-stops.

Shimli gained fame for its well; legends identify this well for its miracle water which cured Prophet Ayoub (Job) of leprosy. To this day, visitors can shower in this well’s water to alleviate their skin diseases, kidney stones, and various other ailments.

Laboratory tests of the water indicate an unusually high sulfur content, which may explain the water’s beneficial properties where skin diseases are concerned. Religious pilgrims coming via land to Makkah detour to Shimli in order to visit this well, which dates back to 1399AH. Shaikh Suliman Atabybee, the current landlord of this locale, has arranged for the water to be freshly pumped from the well every day before Asr prayer in order to supply the many showers on hand.

Despite the importance and fame of this well, in recent years the tourism trade has dwindled as most pilgrims arrive by air instead of taking the overland route. But the deserted appearance of Shimli shouldn’t deter tourists from making a visit to this region – Hail contains the ruins of an Ottoman palace and is the heart of Saudi Arabia’s wheat-growing region. Dates from this region are also prized for their size and taste.

As an ancient caravan crossroad, Hail retains the peaceful atmosphere of a rural locale; unique architectural monuments include Airif Fort and Qishlah Fortress, both examples of adobe construction. The Fort dates