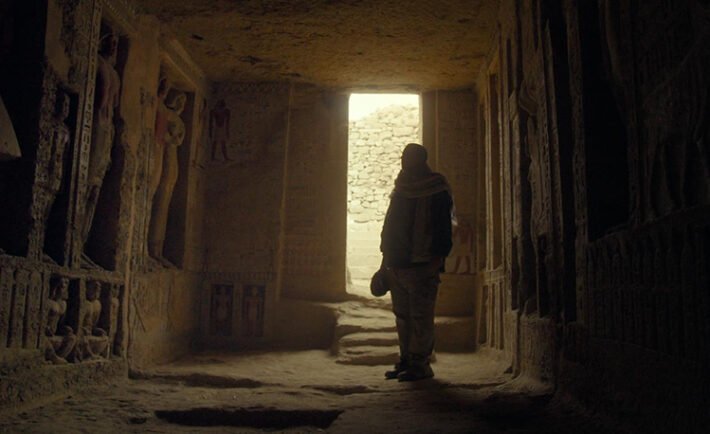 By James Tovell – Director, ‘Secret of the Saqqara Tomb’

Like so many others, I have always been fascinated by ancient Egyptian history and culture. So it was an incredible privilege to have been given the opportunity to go to Saqqara, Egypt to film “Secrets of The Saqqara Tomb”. In approaching the film I was surprised to discover how much we still don’t know about such an extraordinary and important civilization.

Capturing the excavation of Wahtye’s 4500-year-old tomb and the exploration of the surrounding area was a huge challenge for everyone involved in this mission,  which turned into an epic and historic adventure that exceeded any expectations we may have had. There’s no denying that we were extremely fortunate from the start of the adventure until the end. Often in archaeology, you labor for weeks to find nothing at all. But with this mission, there was a new jaw-dropping discovery happening seemingly every 30 seconds! So we were incredibly fortunate to be on hand to capture those moments and share those discoveries with the world. 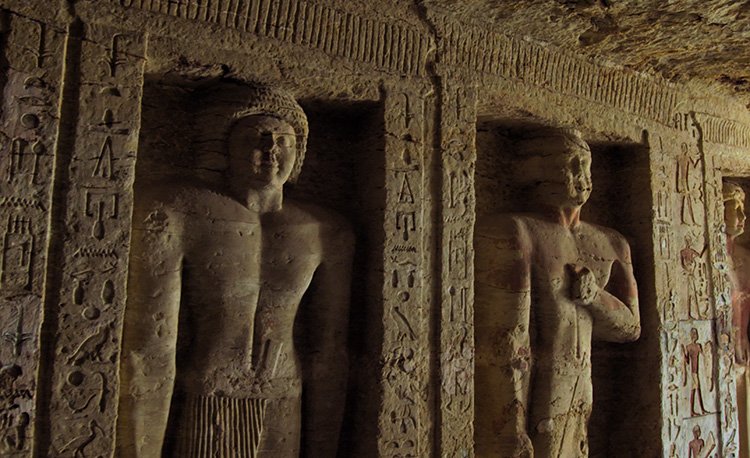 Finding a window into a whole other world

At the heart of the film is the excavation of the tomb of an ancient Egyptian high priest, which transports the audience back through the millennia, providing a unique and unprecedented window into the lives – and deaths – of one man and his family more than 4400 years ago. Alongside this, we witnessed the exploration of the wider ancient necropolis that surrounds the tomb, where Egyptians buried their dead over thousands of years. It was an adventurous journey through which we were able to explore an extraordinary array of ancient treasures, including numerous shafts filled with mummified animals, human mummies still inside their highly decorated coffins, funerary artifacts including a rare complete senet set (board game), and more than three thousand other stunning rare artifacts from the Old, and New Kingdoms, and the Late Period. Which took viewers on a stunning visual journey through almost all of ancient Egyptian history. 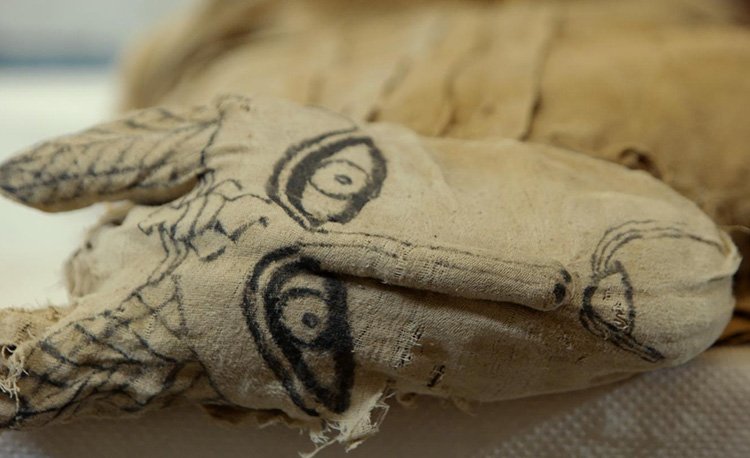 The discovery of the first mummified lion cub ever

For me personally, the standout experience amongst the many unforgettable moments was captured on camera the moment of discovery of the first mummified lion cub ever discovered – a find which made headlines around the world. Watching it emerge from the choking dust of a pile of ancient cat mummies at the bottom of an 11-meter deep shaft is an experience I will never forget, and as Dr. Salima Ikram, Professor of Egyptology at The American University in Cairo called it “A once in a lifetime discovery, that changes the way we think about ancient Egyptian history, culture, economy, and religious practice.” 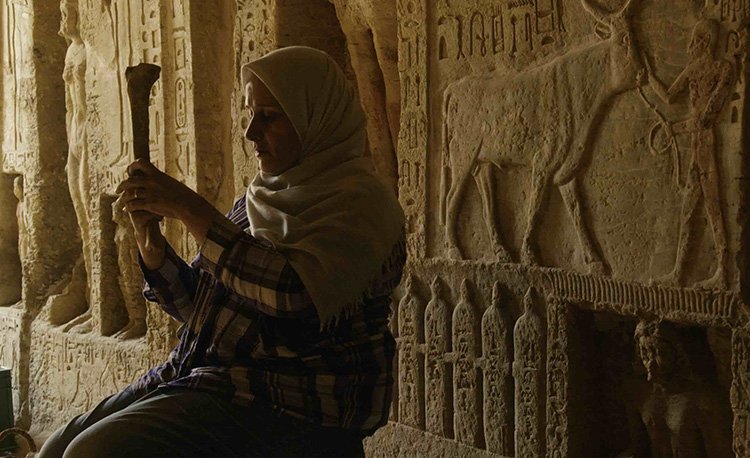 The excavation of Wahtye’s tomb itself was a mammoth undertaking and another highlight when the archaeologists eventually discovered the skeletal remains of the high priest himself and his entire family. Forensic analysis of the bones by Dr. Amira Shaheen Professor of Rheumatology, Faculty of Medicine, Cairo University revealed bone distensions, which she believes “indicate that the whole family may have died from a disease or epidemic, most likely malaria.” A theory that, if it can be proven, will be the earliest documented case of malaria in history, by more than 1000 years. 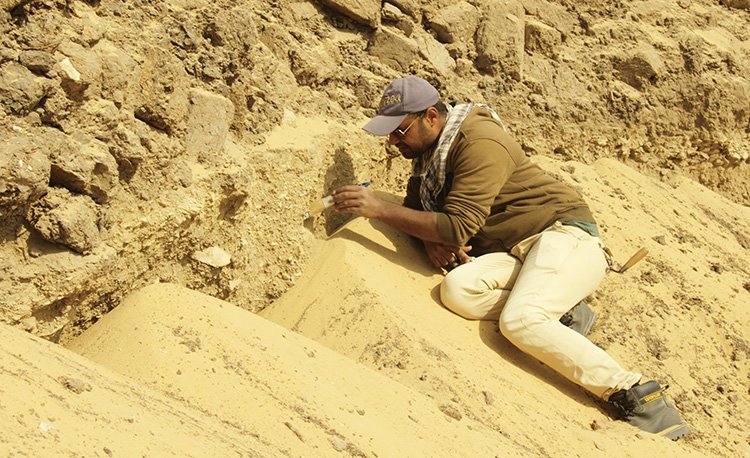 Learning the secrets of the team behind the dig

One of the other great joys of making this film was having the opportunity to showcase the skill and dedication of the hugely talented all-Egyptian team, led by Egyptologists Dr. Mohammed Mohammed Yousef and Dr. Sabry Farag.  Hearing them share their stories, and describe their roles – often in Arabic – from the excavation director to the anthropologist working on skeletal reassembly, to the foreman of the workers, and the diggers themselves – offers a truly unique and perhaps overdue perspective on Egyptology. 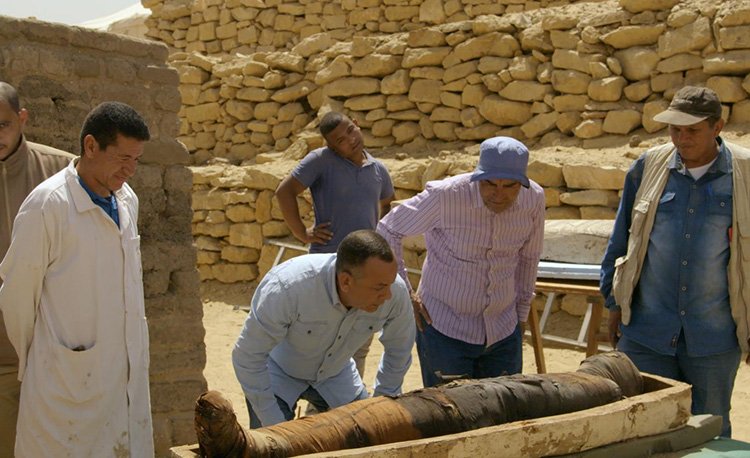 Hidden treasure under the sand dug by an Egyptian team

Witnessing the pride and passion of the team as they piece together the secrets of their own ancestors, takes us on an astonishing and surprisingly emotional journey into both present and past, to ultimately reveal what are, in the words of the Secretary-General of the Supreme Council of Antiquities, Dr. Mustafa Waziri, “Egypt’s most significant findings in almost 50 years”. 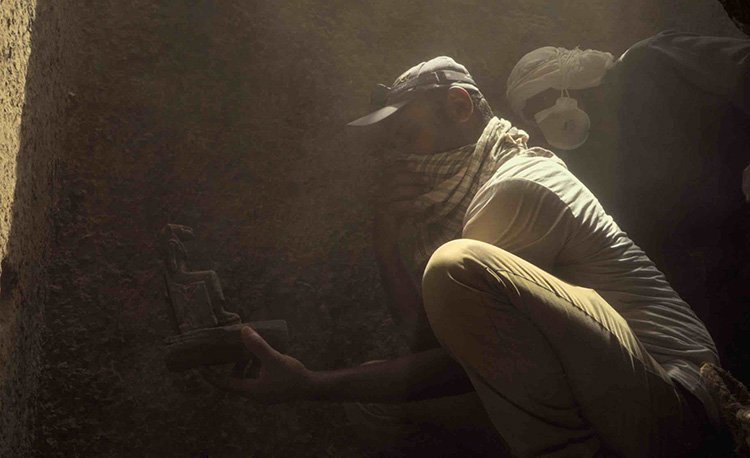 Secrets of the Saqqara Tomb: Egyptians continue to inspire the world

All of these experiences and the amazing discoveries that were made have of course become all the more rewarding now that so many Netflix members have come along with us on this journey. In its first four weeks, 22 million households around the world chose to watch Secret of the Saqqara Tomb. It now ranks among the top 5 documentary films in Netflix history. We’re extremely grateful to all those who have watched the film, and thrilled that so many people have found something to enjoy, from those learning about ancient Egypt for the first time to those familiar with this world who were able to learn or experience something new.